The Italian joined Team WRT upon his retirement from motorcycle racing in 2021 and will line up for the Belgian squad at Mount Panorama in one of its first races for BMW.

With his trademark #46 on the side of the car, Rossi will share one of the new M4 GT3s with works drivers and Maxime Martin and Augusto Farfus.

WRT won the Bathurst 12 Hour as an Audi team in 2018, its last visit to Mount Panorama, while a BMW has not been seen on the grid since the last pre-pandemic edition in 2020.

“There is something magical about the event, and we hope to be able to convey that magic on the track.

“We feel the prospects of a strong debut from the BMW M4 GT3 and BMW M Team WRT are very good.

“The combination of a strong team and equally strong drivers means we can approach the 12 hours of racing with confidence and hope for good results.

“I am particularly pleased, on the driver side, to see some new faces in our cockpits, coupled with the proven class of Augusto Farfus and Sheldon van der Linde.

“The race in Bathurst forms the start of an intensive and, hopefully, successful season with BMW M Team WRT, which continues with the Kyalami 9 Hour in February and then in the GT World Challenge Europe.” 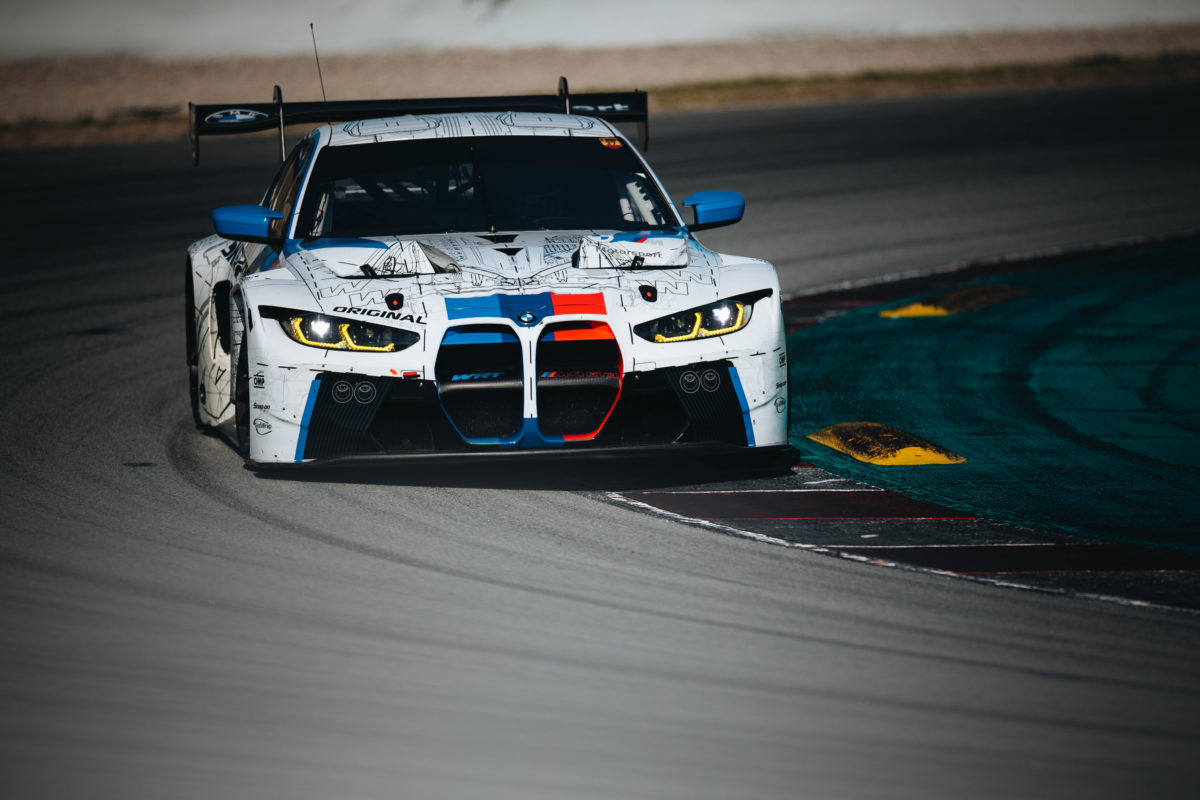 As Roos noted, WRT will compete in not just the Bathurst 12 Hour but other Intercontinental GT Challenge races, and also Fanatec GT World Challenge Europe powered by AWS (GTWCE).

Vanthoor and Weerts, both of whom are new BMW factory drivers and the former of whom is a Bathurst 12 Hour winner with WRT in 2018, will contest all GTWCE Sprint races with van der Linde to join them for the Endurance encounters.

Similarly, it will be Rossi and Martin as a duo for the shorter contests with Farfus joining them for the long-haul events.

WRT team principal and CEO Vincent Vosse said, “I am delighted to have such strong driver line-ups for our programmes in the GT World Challenge Europe and the Intercontinental GT Challenge. Thank you to BMW M Motorsport for this fantastic opportunity.

“I have been trying for a long time to work together with Maxime Martin in my team. It is awesome that this is now possible.

“I would also like to welcome Sheldon van der Linde back to the team, having raced together a few years ago. He knows Dries Vanthoor and Charles Weerts well and I am sure they will form a strong team.

“Having Augusto Farfus, with all his know-how and experience, and Maxime alongside Valentino Rossi is also a fantastic combination.

“I can hardly wait for the 2023 season and to fight to bring trophies to Munich.”