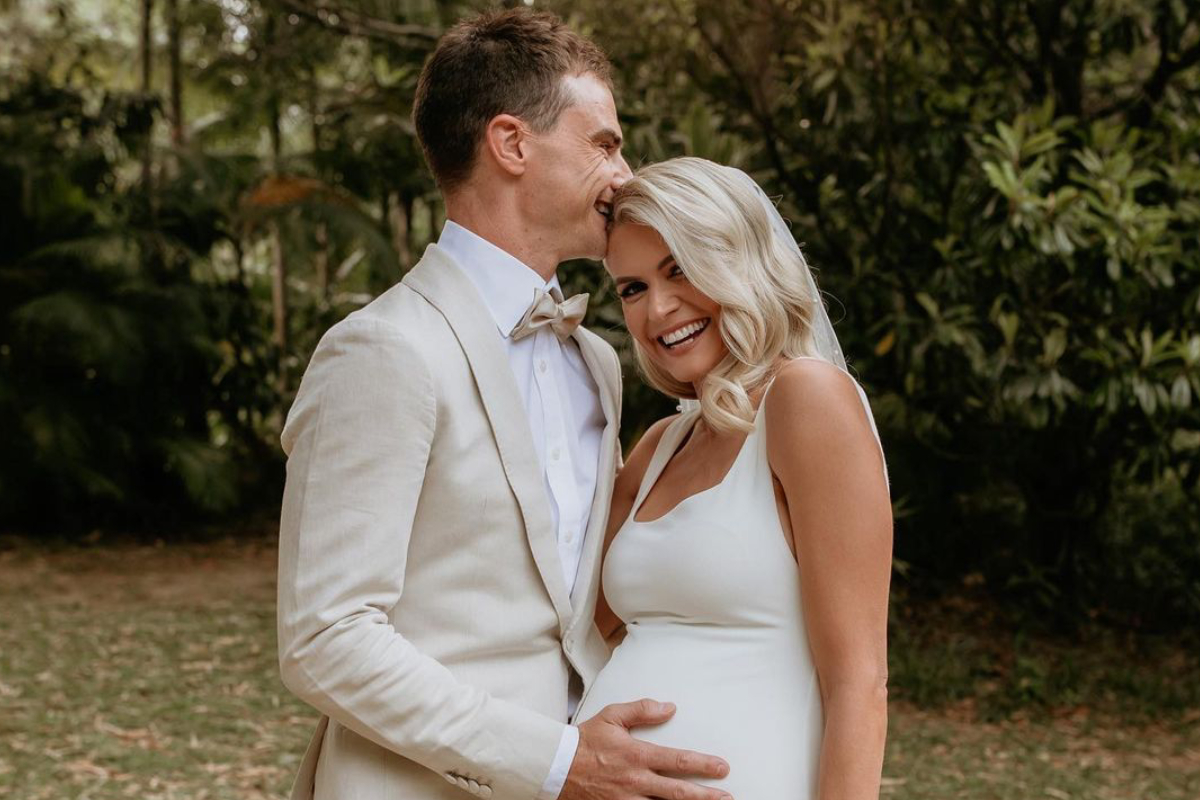 The wedding between the two-time Supercars race winner and professional model was a private affair on the Gold Coast, that was held following the conclusion of the 2022 season at the Valo Adelaide 500.

The elopement precedes the arrival of the couple’s second child, a girl due in January next year.

Slade told Speedcafe.com that it was a great way to end the year.

“We did actually have a proper wedding planned, with a venue booked and everything but yeah, then COVID happened and Dani got pregnant.

“We did it about a month ago and just got some pictures.

“It was nice to involve our own little family with Jordy and Max our dog, so yeah it was nice.”

Initially meeting at an annual Supercars Gala Awards night, the couple were later introduced to each other through mutual friends.

After being together for eight years the couple announced their engagement in October 2018.

The wedding caps off a mixed year for the Blanchard Racing Team driver, who recorded 13 top-10 results on his way to finishing 11th in the championship standings, 22 points shy off Andre Heimgartner, who rounded out the top 10.

Slade commenced the year with six top-10 results in the first nine races of the year, including a pair of fourth-place finishes at the Melbourne 400, where the Supercars appeared on the support bill to Formula 1 at the Australian Grand Prix.

Outside a 10th result in Race 3 at the Perth SuperNight fixture, a drop in pace followed before he bounced back with a pair of eighth-place finishes at the Townsville 500, going on to conclude the year with four top-10 results.

At Adelaide, Slade capped off his farewell outing with the Blanchard Racing Team, by recording a credible fifth-place finish in Race 1, his second-best result for the season.

In 2023, Slade will join PremiAir Racing for his 13th full season in Supercars.