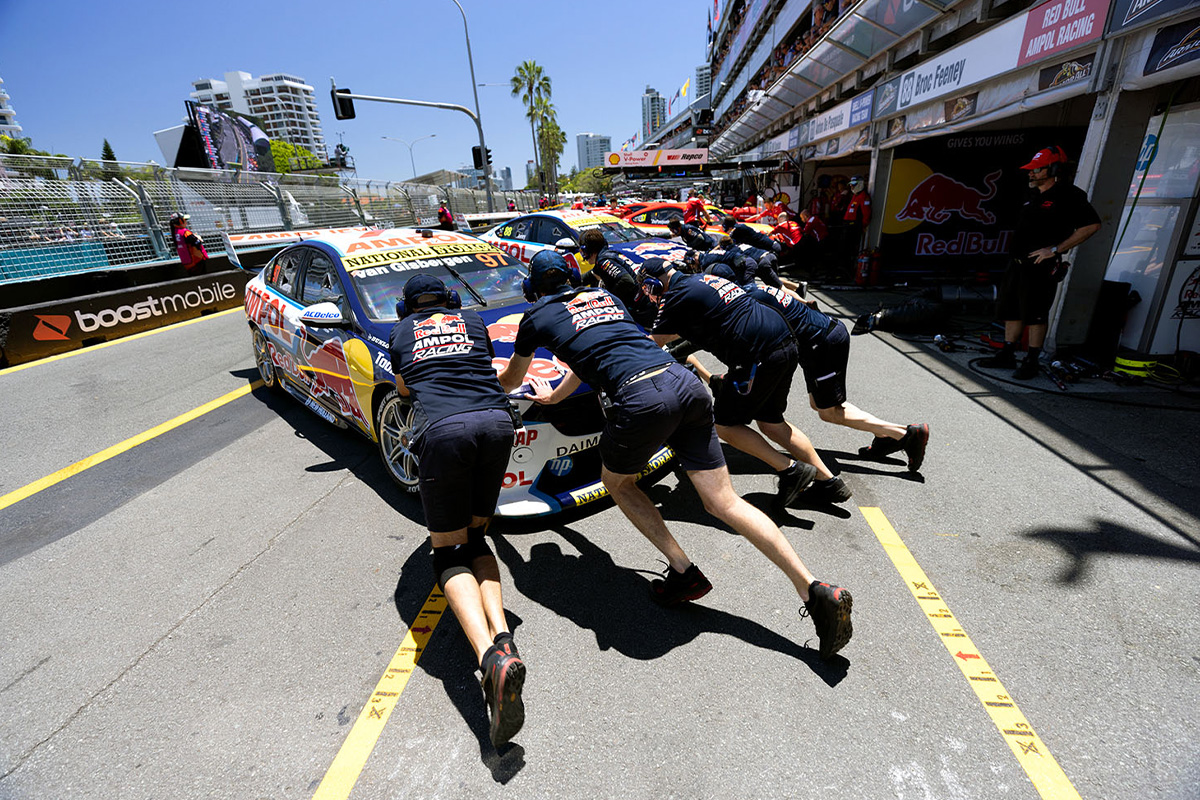 A role as race mechanic on Shane van Gisbergen’s Supercar has opened up ahead of next year’s Repco Supercars Championship.

Speedcafe.com understands the team member previously in that position at Triple Eight Race Engineering has shifted to Dick Johnson Racing.

As such, there is an opportunity to work on the #97 car ahead of a new era for the sport, with the Banyo-based team advertising on JobStop.com.

Of course, Triple Eight will race Chevrolet Camaros in 2023 as part of the introduction of Gen3.

“A job has become available on the #97 side of the garage, which has of course seen much success over the last few years, so it’s a very coveted spot,” Jessica Dane told Speedcafe.com.

“We’re sorry to lose the team member who is moving on, but it’s a great opportunity for someone to be a part of the most successful team in pit lane.

“Not only that, but also the most successful car over the last few years and also an opportunity to be a part of a really awesome group of people.”

The role entails assembly of the #97 car, strictly adhering to build specs, regulations, and set-up sheets.

It also includes travelling to all Supercars Championship events, test days, ride days, and any other commercial activities that the team might have in between.

It is hoped the successful candidate would also have a role in the pit crew as well.

“There’s an opportunity to have a massive impact on the success of the reigning Supercars champion,” added Dane.

Dane explained there is also opportunity to grow within the organisation.

“Triple Eight is a family, because for me it is an extension of my own family in many ways,” she enthused.

“We have very low staff turnover in that crew, and we proved particularly during the pressures of COVID just what a strong team we are.

“Everybody has got incredible work ethic, everybody digs deep when it really matters, we all have each other’s backs.

“I think the right person will feel very at home and there’s plenty of opportunities to learn within Triple Eight, because it’s not only the Supercars programme we have, but the Supercars mechanics and engineers also dabble in our GT programme when it comes to the big races like the Bathurst 12 Hour.

“There’s lots of opportunity to learn and try different things and hopefully grow within the team for the long term.”

She also highlighted the significance of the arrival of Gen3.

“If someone is interested outside of Supercars, it’s a really exciting time to be coming in,” added Dane.

“The future of the category is really bright with Gen3 coming onboard and it could be a really rewarding time to be part of a successful team.”