Formula Ford to support Supercars round in 2023

Formula Ford to support Supercars round in 2023 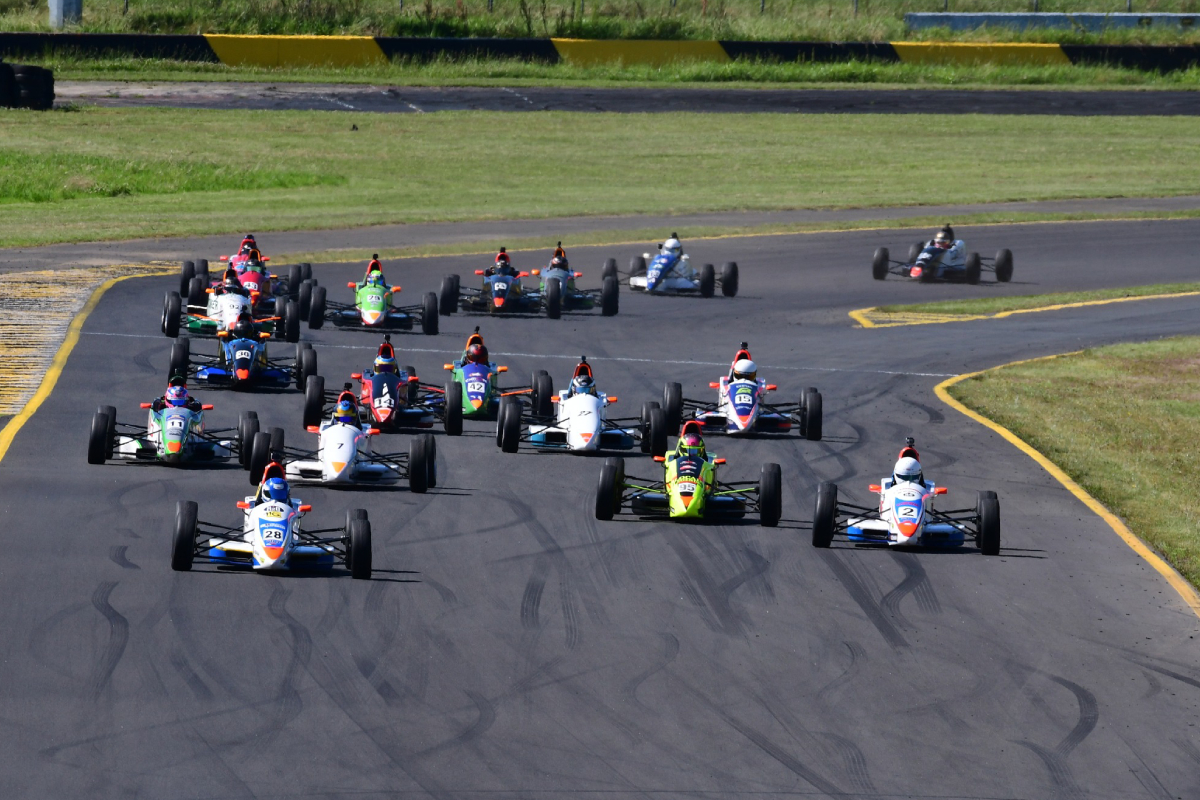 The Australian Formula Ford Series is set to appear on the Supercars Championship support bill for the 2023 NED Whisky Tasmania SuperSprint in May.

Managers of the national open-wheel category have negotiated with Supercars for the series to appear at Symmons Plains Raceway on May 19-21, as part of a seven-round calendar for next year.

It is set to join the likes of Porsche Michelin Sprint Challenge Australia Series on the support programme at the Tasmanian Supercars round.

The announcement follows an overwhelming request from stakeholders for the category to feature at larger-scale events.

“Supercars have been very generous in supporting our category and offering us the opportunity to race as a support category at Tasmania,” Marrinon said.

“I think it’s very important, because it shows that the importance of the category to motorsport in Australia hasn’t diminished at all.

“Formula Ford has always been a category that helps drivers develop their racing skills in a way that hold them in good stead for the rest of their motorsport career.

“The opportunities to race with Supercars, enhances that, and allows them to display their driving skills on a bigger platform.”

This year, the category supported the Supercars Championship at Winton Motor Raceway, with 2007 title-winner and Supercars team owner Tim Blanchard clean-sweeping the round.

“Any exposure that we get from being a support category for Supercars is great, it shows the category for what it is and just lets people know that Formula Ford is still going very strong,” Marrinon added.

The season opener will take place at Morgan Park Raceway in Queensland on March 17-19, before heading to Sydney Motorsport Park for Round 2 on April 14-16.

Round 3 will see the category support the Supercars Championship at Symmons Plains Raceway, before an appearance at the SpeedSeries fixture at Winton Motor Raceway on June 9-11.

Sandown International Raceway will host Round 5 on August 11-13, before the series heads to Phillip Island for the penultimate round of the season on September 22-24.

The 2023 season will conclude at The Bend Motorsport Park, Tailem Bend, on October 13-15.