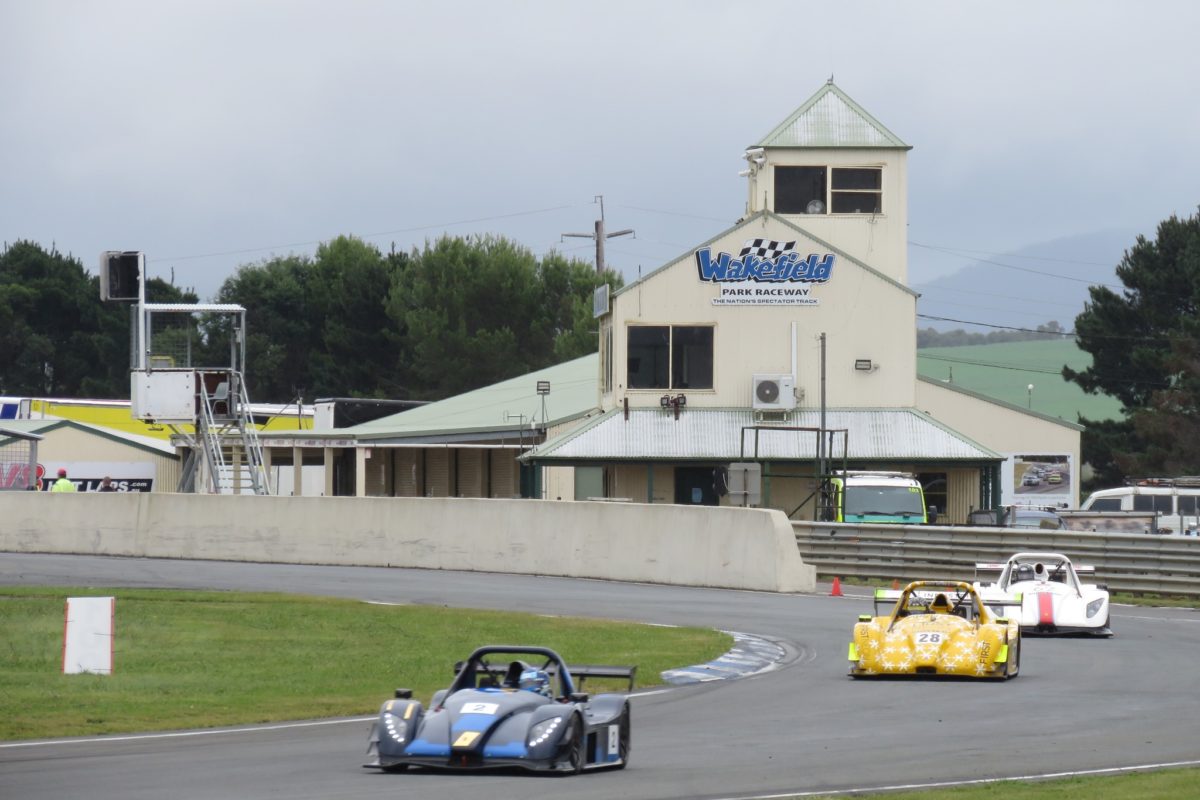 The state government is unable to interfere with the court decision which has led to the closure of Wakefield Park, advocates for the circuit have been told.

The Benalla Auto Club-owned track is closed until further notice following a New South Wales Land and Environment Court (LEC) ruling in July which imposed tighter noise restrictions then even those which Goulburn’s council would have applied.

Supporters of the circuit who identify as the ‘Save Wakefield Park’ group had organised a petition to present to the state’s Planning Minister which it hoped would be debated in parliament.

They claim that said petition attracted 28,950 signatures, but appears to have been to no avail.

In what represents yet another nail in the coffin of the nearly 30-year-old track, the minister in question, Anthony Roberts, says that the state government is unable to intervene (See below for full letter, as posted by one of the circuit’s advocates on the Save Wakefield Park Facebook page).

“As the petitioners are aware, the NSW Land and Environment Court has made a determination on the development application (DA) for the site,” reads the letter, apparently to one of the advocates for Wakefield Park, in part.

“Neither I, as Minister for Planning, not the Department of Planning and Environment (the Department), has the authority to intervene in decisions made by the Court.

“The Department has been advised by Goulburn Mulwaree Council (Council) that it is working with the DA proponent towards an agreed outcome for the raceway.

“I would encourage the petitioners to liaise with Council directly in relation to these matters.”

The minister’s position is not only a blow now, but also renders it highly unlikely that even a change of government at the state election next March (which seems more likely than not) would cause a material improvement to Wakefield Park’s situation, regardless of what the current Opposition’s position might be.

It would therefore appear now that, broadly speaking, there are two possible resolutions (other than BAC committing to operate the circuit within the limits imposed by the LEC, which is clearly infeasible, as evidenced by the current closure).

BAC could seek to have the site rezoned from its current classification of RU1 for ‘Primary Production’, although whether that could be achieved is questionable given the circuit is indeed surrounded by farmland.

The other would be the superseding of the state’s ‘Noise Guide for Local Government 2013’, from which the limits imposed by the LEC were determined.

Said noise guide is the domain of the NSW Environment Protection Authority, which states on its website that “The noise guide provides practical advice for council officers on planning, assessing, managing and preventing local noise problems.”

As revealed by Speedcafe.com, Goulburn’s council had also sought special economic status for the circuit, but that endeavour appears to have been unsuccessful.

Save Wakefield Park expressed its disappointment in the Planning Minister’s response in a statement issued via its Facebook page.

“Bitter disappointment is being felt among the 28,950 people who signed the record-breaking e-Petition to Save Wakefield Park following a less than satisfactory response by NSW Planning Minister Anthony Roberts yesterday,” reads that statement, in part.

“It appears the Government is continuing to support the Member for Goulburn’s rhetoric that all that can be done, has been done and now it’s up to the proponent Benalla Auto Club (BAC) and the Goulburn Mulwarree [sic] Council (GMC) to deliver a solution.”

The statement goes on to note that some events have been moved to interstate circuits, and that is indeed the case.

The recently released 2023 NSW Formula Ford Championship calendar features five rounds, the latter four of which are set to be held on various Sydney Motorsport Park layouts, while the first is slated for Winton Motor Raceway.

Winton is, of course, the other BAC-owned circuit, which is located in regional Victoria, about an hour’s drive south of the NSW border.

Wakefield Park last hosted Super2 in 2008, while its most recent major event was arguably April’s Australian Superbike Championship round. 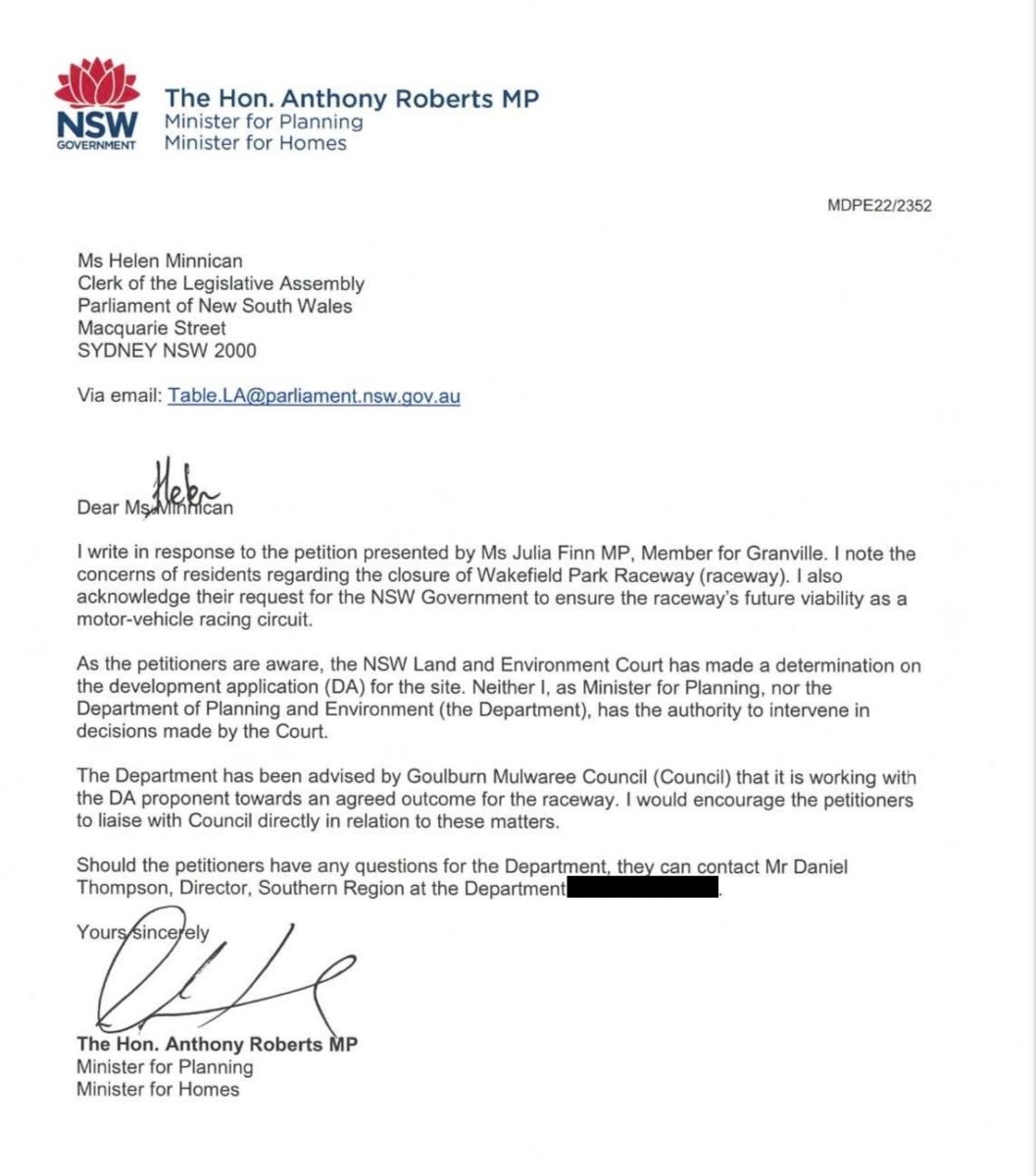