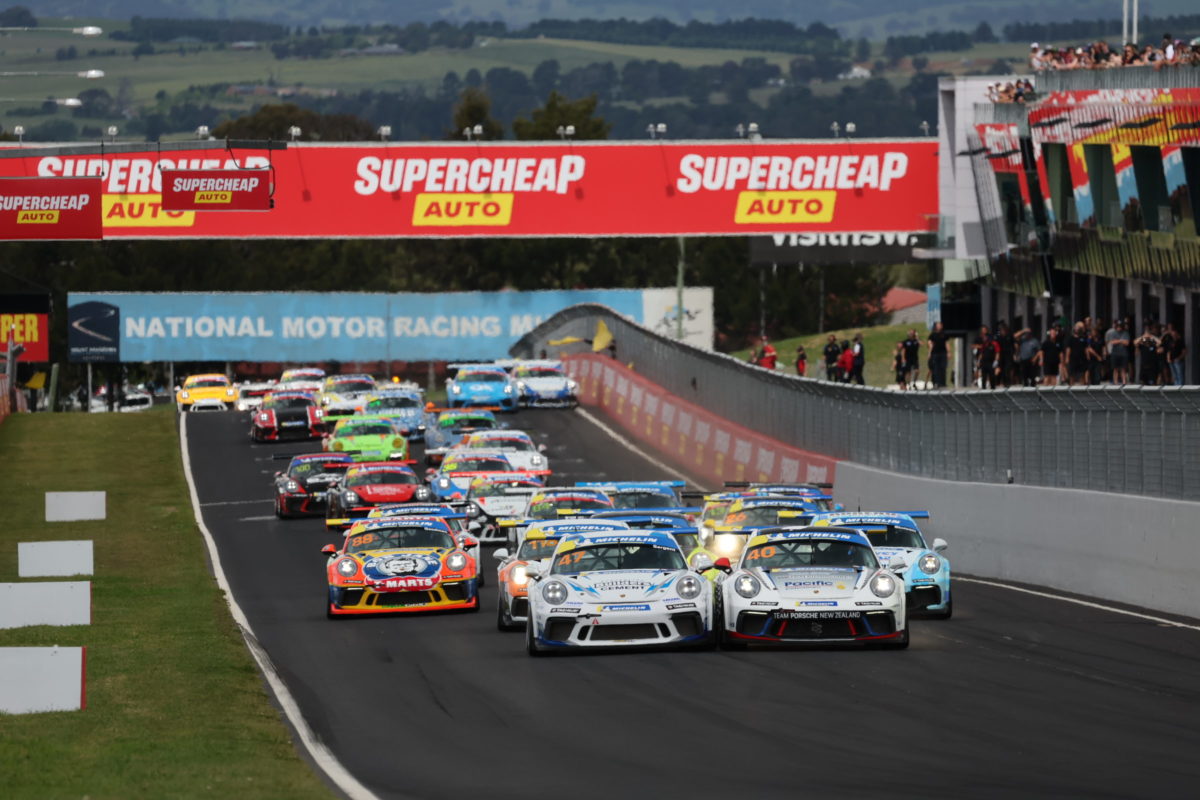 The 2023 Porsche Michelin Sprint Challenge will finish its season at Mount Panorama.

A Bathurst finale for the 2023 Porsche Michelin Sprint Challenge has been announced with six rounds across the country including new Supercars support races.

The series, which was won by Thomas Sargent in 2022 and saw record fields, will support both Repco Supercars Championship and Supercheap Auto Bathurst International events over six rounds and five states. That means it will boast support billing for both Supercars and TCR rounds, with the Bathurst event part of the inaugural TCR World Tour.

The fourteenth season will see Porsche customer teams competing with the 911 GT3 Cup (991.2) in Pro and Pro-Am classes, won by Sargent and Brett Boulton respectively in 2022, while the 991.1 Porsche 911 GT3 will compete in Class B, won by Lachlan Harburg.

The series picks up where it left off with the opening round on March 3-5 at the Phillip Island Grand Prix circuit, the scene of a thrilling finale that saw the title battle between Sargent and Ryan Wood down to the last race of the season.

Supercars’ Sydney SuperNight in April and Tasmanian round at Symmons Plains in May have been added to the schedule, supported by live coverage on Foxtel and Kayo Sports as well as highlights on Channel 7.

“A real highlight for all our teams, drivers and partners will be not only the two Repco Supercars Championship rounds but returning to the Bathurst International event in November next year for our season finale,” said Porsche Cars Australia Motorsport Manager, Barry Hay.