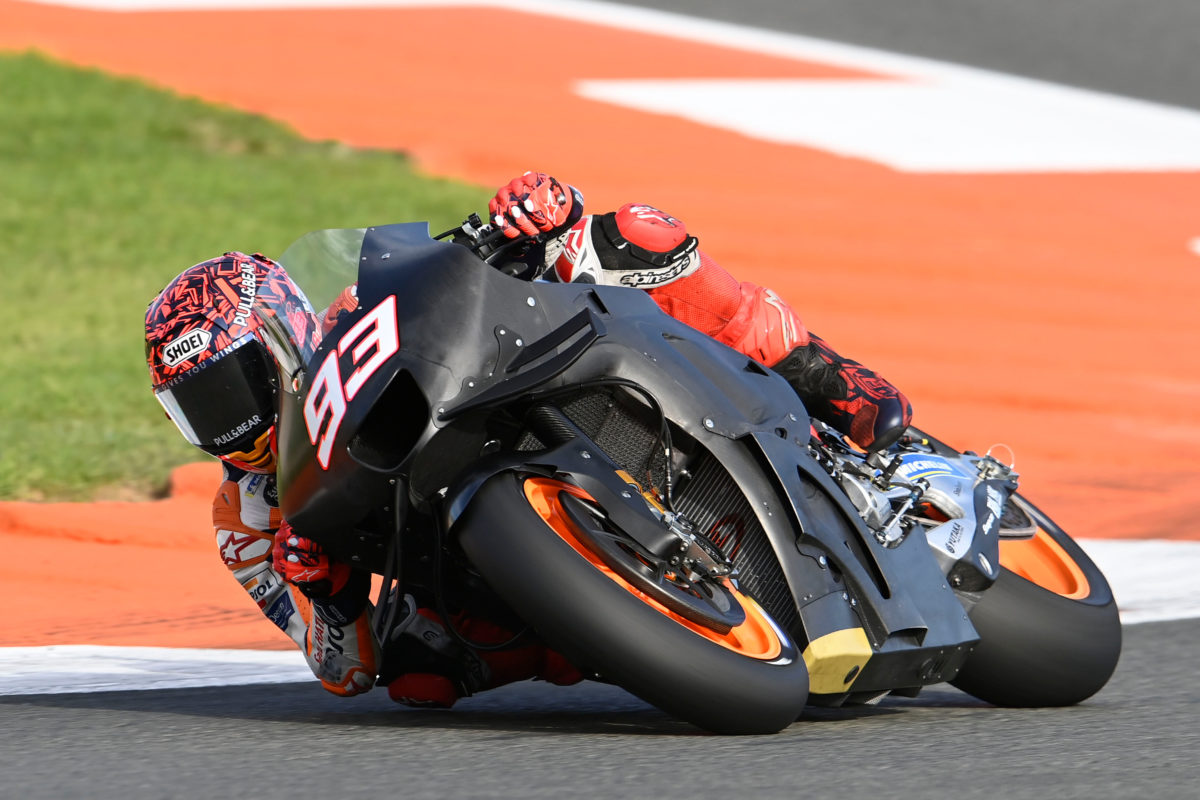 Honda is drawing up on its knowledge of aerodynamics from car racing in a bid to improve its MotoGP bikes.

Aerodynamics have become an increasingly important differentiator of performance in the premier class of grand prix motorcycle racing in recent years, with bikes now adorned in winglets and ‘aero fairings’ of various designs.

Furthermore, it is the European manufacturers which are generally regarded as having done a better job in that area, contributing to their rise in the MotoGP pecking order at the expense of the big Japanese marques, Honda in particular and also Yamaha.

While the Iwata manufacturer won the riders’ championship with Fabio Quartararo in 2021, and the Frenchman was in contention until the final race this year, it was Italy’s Ducati which achieved the ‘triple crown’ of riders’, teams’, and constructors’ titles in 2022.

In fact, Ducati has been constructors’ champion for the last three years now, whereas Honda finished last in that contest this year, when it was the only manufacturer to not win a single race.

That was a point noted by Shinji Aoyama, its Director and Senior Managing Executive Officer, in the marque’s 2023 motorsport programme overview presentation.

He stated that Honda’s recent aerodynamic experiments in MotoGP were crafted using knowledge from car racing, and that they will seek similar cross-pollination in engines.

“The 2022 FIM Grand Prix World Championship season ended in disappointment for Honda with no wins,” admitted Aoyama during his speech.

“However, Marc Marquez, who had been out of racing due to his fourth surgery, returned to race in the second half of the season and achieved a podium finish.

“From the second half of the 2022 season, Honda began incorporating knowledge from its automobile racing divisions in the area of aerodynamics and began to see synergistic effects between motorcycle and automobile racing experience including an improvement in aerodynamic performance.

“In the future, Honda will further strengthen its competitiveness by leveraging its knowledge in automobile racing in the area of combustion technology through co-creation between motorcycle and automobile racing divisions.”

With the exit of Suzuki from MotoGP, both of the Hamamatsu brand’s riders have moved to one of the two remaining Japanese manufacturers.

Marquez will be joined by 2020 world champion Joan Mir at the factory Repsol Honda Team, while last-start winner Alex Rins lines up at LCR alongside incumbent Takaaki Nakagami.

The Shakedown Test, for test riders and rookies, will be held at Sepang on February 5-7, followed by the first Official Test of the year at the same circuit on February 10-12.