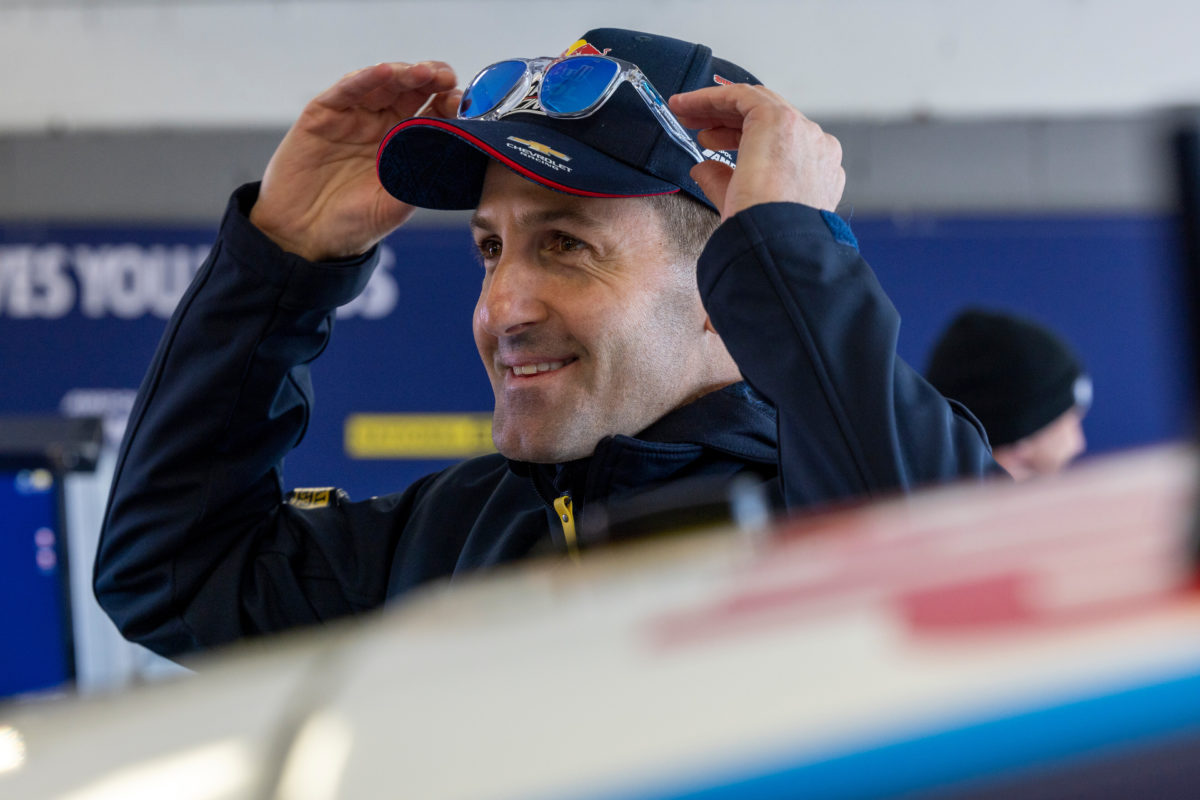 Jamie Whincup says that he is striving for improvement as Triple Eight Race Engineering’s boss ahead of his second year in the role.

The seven-time Supercars champion left a hotseat for rookie Broc Feeney in the form of Car #88 as he moved up to the Team Principal/Managing Director role at Banyo.

Whincup therefore also found himself with big shoes to fill given the incredible success which Triple Eight had achieved under co-founder Roland Dane, who has largely retired from the sport.

Following the conclusion of his ‘rookie’ season as the boss, he said, “Of course, everyone’s got their strengths and weaknesses.

“I’ve got plenty to improve on, but I’ll chip away at that and, as a group, we’ll keep getting better.”

Regardless, Whincup could hardly have asked for a better first season as Triple Eight’s Team Principal.

The squad not only backed up its drivers’ and teams’ championship successes in 2021, but Shane van Gisbergen and Garth Tander delivered a second Bathurst 1000 victory in three years.

Declan Fraser’s Super2 Series title made for an unprecedented list of honours in a single year, before Feeney became a Supercars Championship race winner on the final day of the season.

In amongst all of that, there was also the hardly minor task of developing the Gen3 Chevrolet Camaro as General Motors’ homologation team.

“So, the drivers’ championship, Bathurst – some drivers will debate which one is bigger out of those two – but then there’s a close third, which is the teams’ championship.

“So, any year you can win those is a fantastic… an unbelievable year.

“But then we grabbed the Super2, Mitchy dominated the Media Awards… It’s been unbelievable but, as I’ve always said, Triple Eight is run by the people and certainly the management team.

“It’s not run by me, it’s run by the managers, and RD [Roland Dane] has engineered a fantastic group of people and we just went out there and swung freely and executed all year.

“There’s been so many extraordinary performances within the group – big, small, ones that are highly publicised on TV, ones that go on behind the scenes – but it’s just been a full group effort.

“We’ve been striving for the one goal and we all got there together, which is something I’m extremely proud of.”