Jack Miller: Decision to move to KTM ‘mine only’

Jack Miller: Decision to move to KTM ‘mine only’ 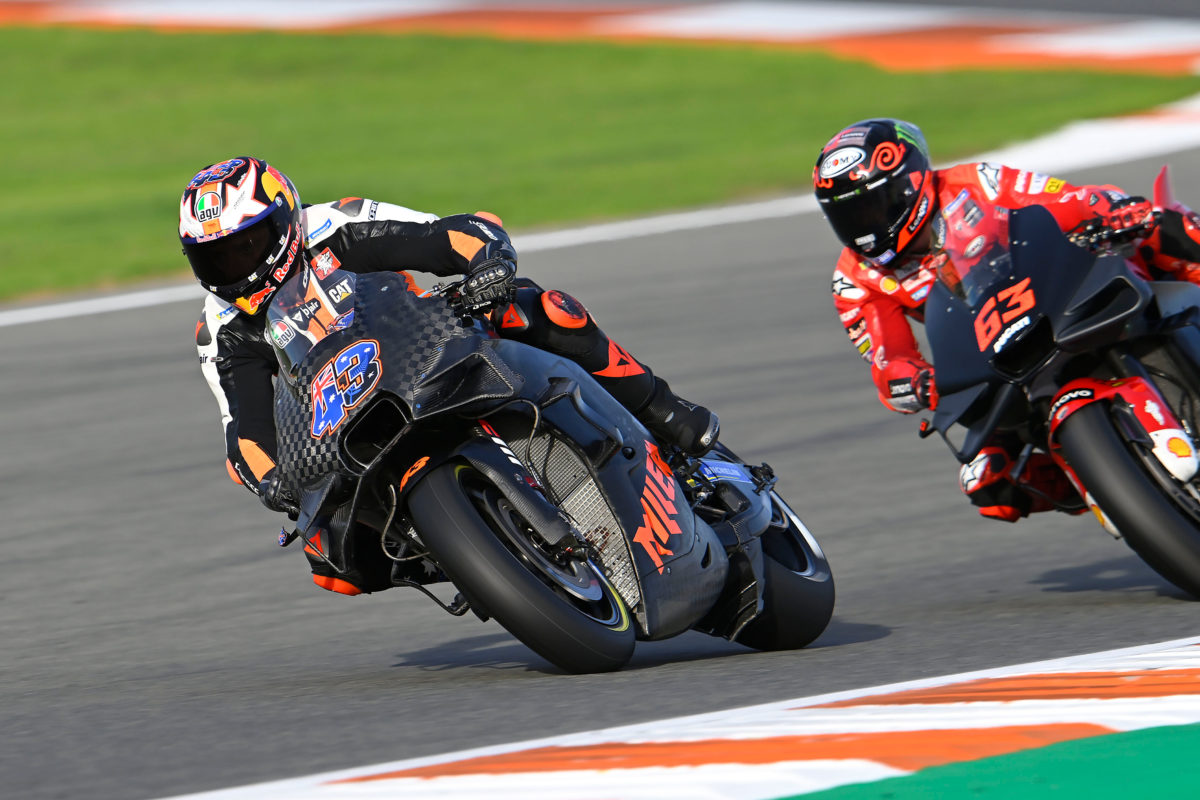 The decision to join Red Bull KTM Factory Racing from the 2023 MotoGP season was “mine only”, according to Jack Miller.

The Queenslander opted to move to the Mattighofen marque after losing his seat at Ducati’s factory team, where he has spent the last two years.

Miller said after a podium at the Grand Prix of the Americas, early in the 2022 campaign, that he “wouldn’t care” if he was demoted back to Pramac Racing in 2023.

While he would later claim to have been taken out of context somewhat, he still subsequently stated in a video piece published on MotoGP’s official channels in May that “Ducati would like to keep me.”

A month later, KTM announced a two-year deal with ‘Jackass’, taking him home in a sense considering it was with Red Bull KTM Ajo that he finished runner-up in the 2014 Moto3 season.

Ducati chiefs did indeed always give the impression that they wanted Miller to stay, even if he was under pressure to keep his seat at the factory team even before the 2022 season began.

However, he ultimately opted against a return to Pramac and will instead ride an RC16 in 2023.

Nevertheless, Miller has fond memories of his time at Ducati, describing it as a “game-changer” for his career.

“It’s been something that’s been a game-changer for me and my career,” said the 27-year-old.

“Up until coming to Ducati, I had one podium, which was a win in the wet, and we’ve had 20-something podiums now.

“It’s been an amazing journey, I’ve learned a lot, I’ve been through so many different configurations of the bike so I do feel attached to that side of things.

“That’s why the decision was mine at the end and mine only.”

Miller made the leap directly from Moto3 to MotoGP, riding an Open specification RC213V-RS in 2015 at LCR.

He moved to fellow Honda team Marc VDS in 2016, when he rode an RC213V to victory in a rain-interrupted Dutch Grand Prix.

A second premier class podium would have to wait almost three years more, although that was when he inherited third spot after Marc Marquez crashed while leading.

As such, it was the third place in the 2019 Czech Grand Prix which the man himself described as his first “real podium”.

Miller would be promoted to the factory Ducati Lenovo Team with nine podiums at Pramac and hence 10 in total for his career to that point.

After a rocky start to 2021, he claimed a somewhat fortuitous first dry-weather victory at the Spanish Grand Prix and was also first to the chequered flag just one race later in France.

The third and final win for Ducati, at least for the foreseeable future, came three months ago in Japan, and a second place a week later in Thailand makes for 22 MotoGP podiums so far.

Miller now shares the Red Bull KTM garage with incumbent Brad Binder, and rode the RC16 for the first time in the post-season test at Valencia, two days after this year’s season finale.

Their next MotoGP track activity is set to be the Sepang Official Test on February 10-12.