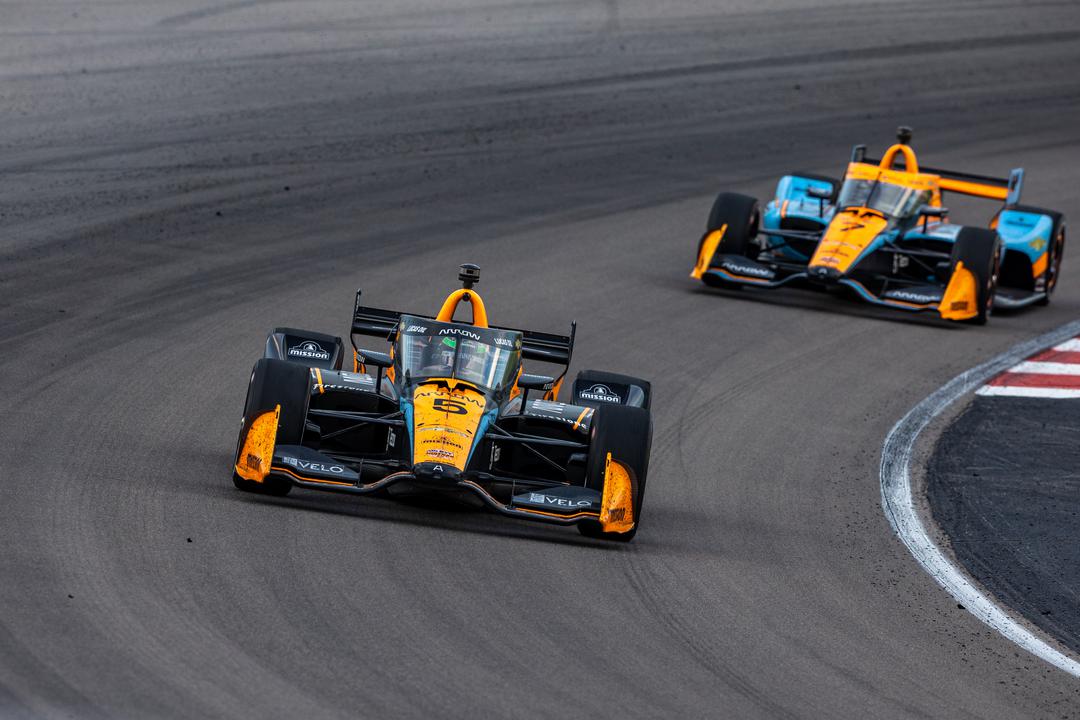 McLaren SP will undergo a rebrand

The team currently known as ‘Arrow McLaren SP’ will undergo a rebrand early next year, in time for the 2023 IndyCar season.

Going forward, its commercial name will simply be ‘Arrow McLaren’, although the team has advised media that the involvement of Sam Schmidt and Ric Peterson is unchanged.

It became ‘McLaren SP’ effective 2020, when McLaren Racing formed a partnership which eventually led it to buying the 75 percent stake it continues to hold today.

The rebrand is part of a plan which will bring the IndyCar team into alignment with the rest of McLaren’s race teams, and will include a new logo, to be revealed early next year.

Team members were advised of the news in recent days.

It is the latest change for the Indianapolis-based squad, which will expand to three full-time entries next year, while still running an extra car in the Indianapolis 500.

Pato O’Ward remains in Car #5 while fellow incumbent Felix Rosenqvist has been shifted to Car #6, with 2016 Indianapolis 500 winner Alexander Rossi defecting from Andretti Autosport and being placed in Car #7, while Tony Kanaan will drive a fourth car at The Brickyard.

Craig Hampson stays as engineer on Car #7, meaning Chris Lawrence will be promoted to fill that role in the Rosenqvist crew.

The 2023 IndyCar season starts on the weekend of Sunday, March 5 at St Petersburg.