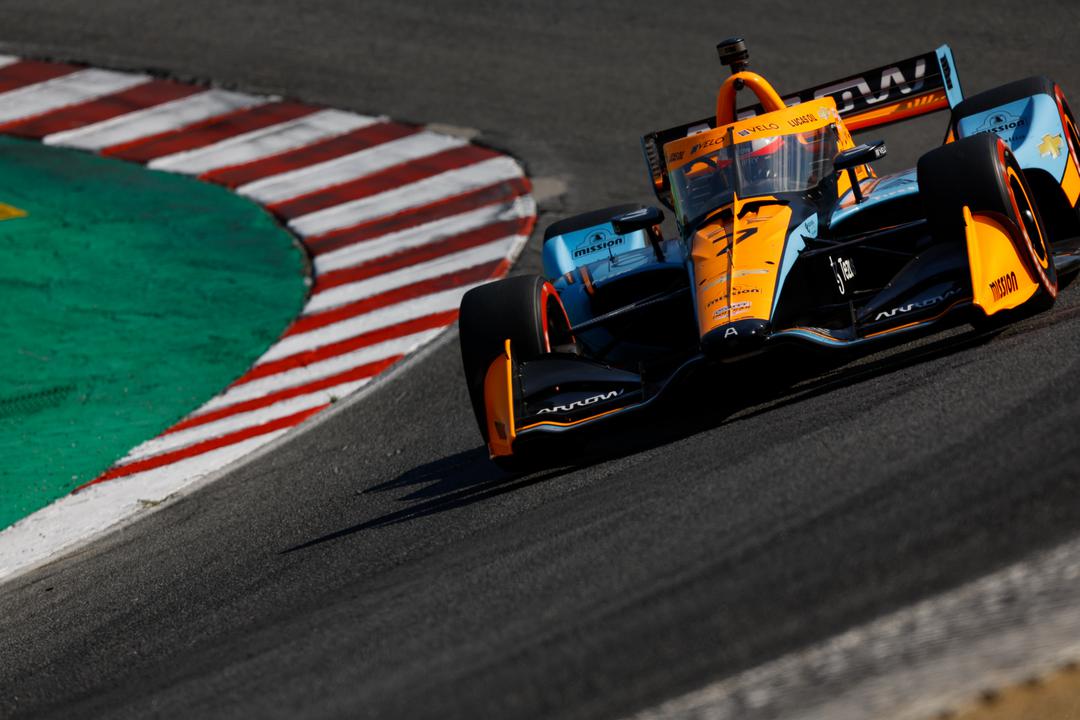 Felix Rosenqvist has a new engineer for the 2023 IndyCar Series, as part of McLaren SP’s expansion to three full-time entries.

Alexander Rossi has defected from Andretti Autosport to join incumbent Pato O’Ward, with Rosenqvist also retaining his seat after the Alex Palou contract wrangle was resolved with the 2021 champion recommitting to Chip Ganassi Racing’s IndyCar team but landing a Reserve Driver role with McLaren’s Formula 1 team.

The papaya squad ran three cars in both of this year’s May Indianapolis races, with Juan Pablo Montoya taking the wheel of Car #6.

However, Rossi will drive Car #7 next year with Rosenqvist shifting to #6, and the change for the Swede is more than just skin-deep.

His 2022 engineer, Craig Hampson, will stay on Car #7 and hence work with Rossi next year, with the gap in the Rosenqvist crew to be filled by the promotion of Chris Lawrence, who had been his head of simulation and strategy.

“All is not finalised, but the general plan is to keep my crew as intact as possible,” he told IndyCar’s official website.

“There will be a few changes, though. My engineer from this season, Craig Hampson, will be on the Rossi car and Chris Lawrence will replace him in my group.

“It’s a bit mixed, because I really enjoyed working with Craig, and he’s one of the best race engineers in the business.

“On the other hand, Chris is one of our brightest engineers. He’s been on the team for a long time and is ready for race engineering.

“On top of his skills, he’s also a close friend off track, and we spend a lot of time together in Indianapolis, so I think the ingredients are all there for a great collaboration.”

McLaren SP will field as many as four cars during the 2023 IndyCar season, with Tony Kanaan joining the team for the Indianapolis 500 after finishing third in the extra Ganassi car at The Brickyard this year.

It will also compete with a new boss, Gavin Ward having been appointed Racing Director after the departure of Taylor Kiel, who has landed at Ganassi as Team Manager.