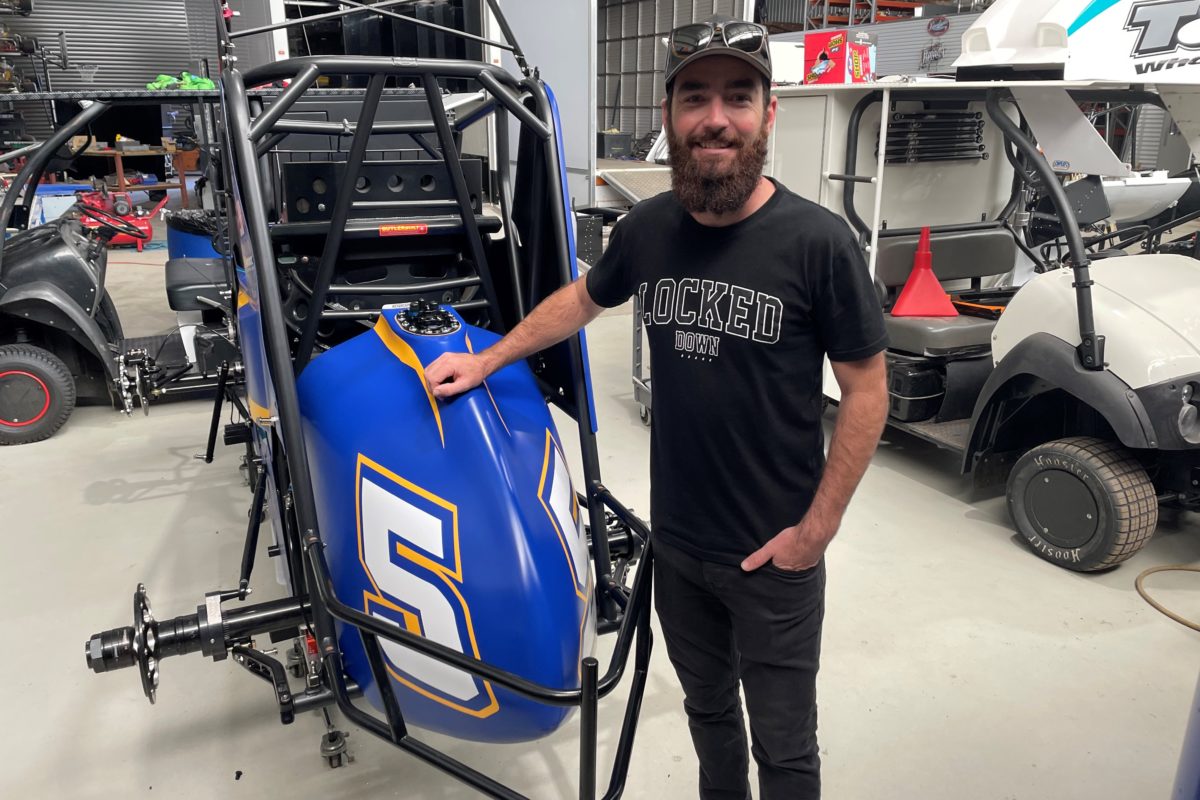 Their opening race together will be in Saturday’s Max’s Race – celebrating Max Dumesny, which will be Premier Speedway’s opening event of a rain-interrupted opening to venue’s season.

“To be honest I’ve never been more excited to go racing – and especially with the interest in this new team – it’s exactly what I needed,” McFadden told Speedcafe.com.

“After a marathon year of running in the States, this is exactly what I wanted – to come home and have a break with my family and then hand select a bunch of races to target.

“I didn’t want to come home and do a full Aussie schedule and be travelling all summer – I desperately needed a break and that’s why this has suited the boys with the new team.”

At this stage, McFadden and his Hodges Motorsport team will run a handful of races before concentrating on the 50th anniversary edition of the Grand Annual Sprintcar Classic.

“We’re just playing it by ear, we’ll run this Saturday and then run a few times over Christmas and New Year on the Speed Week schedule to make sure we’re happy,” McFadden said.

“This is a brand-new car and a brand-new team – so we just want to make sure we’re all comfortable and on the same page, and then we can concentrate on Classic week.”

McFadden finished seventh in this year’s standings in his second full-time season running the World of Outlaws.

His season was highlighted by a win in October in Kansas – which came at the right time, securing a new deal to return to ROTH Motorsport for the 2023 season.

“It was a school of hard knocks for me over in the States this year – it was definitely the hardest year of my career,” McFadden said.

“But we survived and we have a new deal and I’m really optimistic we have the ingredients in place to go the next step in 2023.

“So, life’s good – I’m loving being back home and hopefully we can win a few trophies with some cool people.

“I love the interest this deal has created for the sport – anything that brings more eyeballs to speedway is good for all of us – and that’s what having the likes of Scott, Jack and Gerard brings.

“It’s actually pleasantly surprised me how enthusiastic the boys have been – Scott is on text a heap wanting to see pictures of the car and know where the build is at, which is awesome.”

The Grand Annual Sprintcar Classic will be held on January 27-29 at Premier Speedway.