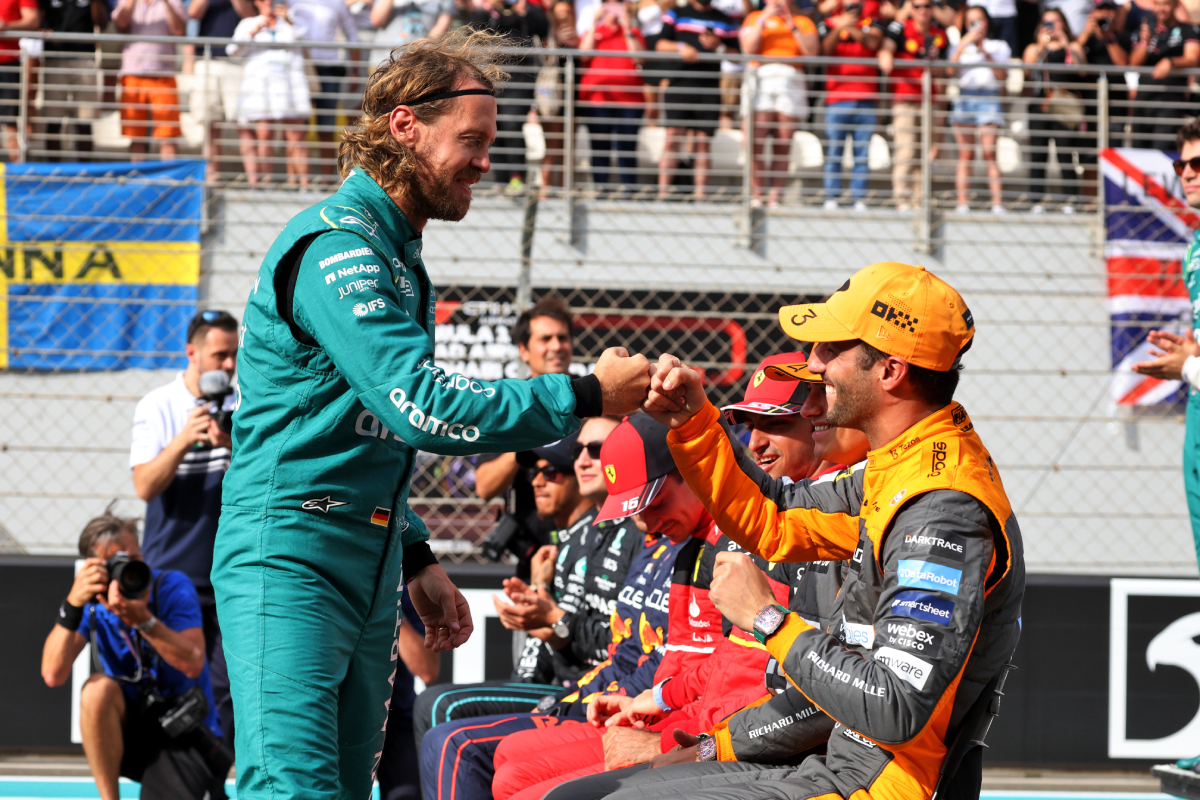 Sebastian Vettel called Daniel Ricciardo on multiple times during the protracted contract saga with McLaren to offer his support.

The 33-year-old was unwittingly dragged into the drama that surrounded Oscar Piastri’s exit from Alpine.

As that split played out in public, it became apparent Ricciardo did not have a future at McLaren, which had signed Piastri as his replacement.

It left the eight-time grand prix winner in an awkward position; accept an early termination to his contract knowing it may be the end of his F1 career or carry on with a team which was had other plans in mind.

“He’s picked up the phone multiple times this year and just been a friend and just showing care and just checking in as a true friend will do,” Ricciardo said of his phone calls from Vettel.

“To have friends like that is so important, but it’s also not that common in terms of on the grid.

“We get on with drivers, and you do build friendships, but to have that deeper level of friendship… some gestures he made this year, and some of the kindness he showed towards me was, in a way, unexpected but just super since – super, super nice.”

It was confirmed in August that Ricciardo had agreed to part ways with the team.

He’s since been announced as Third Driver at Red Bull as he steps away from racing next season.

That deal was only announced in the days following the Abu Dhabi Grand Prix, though was signed on the Sunday morning in Yas Marina.

To that point, Ricciardo faced an uncertain future and the very real possibility of being ousted from F1 entirely.

It was during that phase that Vettel had the greatest impact on his former team-mate.

“Obviously it had a bit more emphasis around the time of all the contract stuff happening when there was a lot of noise,” Ricciardo admitted.

“I don’t want to single him out because it was some other drivers, but he was the one that was certainly picking up the phone pretty often and checking in.”

Ricciardo also reflected on Vettel’s career, both on and off track, paying tribute to the 35-year-old who has now retired from Formula 1.

“On a personal level, some things that he’s done for me, yeah, just very, very appreciative of,” he said.

“I think he’s a very caring individual, cares about the sport as a whole, but also cares about us drivers.

“We’re all competitors, for sure, but I think he’s definitely able to separate that and just look out for us.

“And as a competitor, I think back to 2013 when he won every race in the second half of the season and it was just it was like a relentless approach,” he added.

“He just wasn’t satisfied, he just wanted to destroy the competition.

“And I felt like you could just see the raw competitor in him and that drive to not win, but to destroy, if you will.

“You had to admire and respect that.”