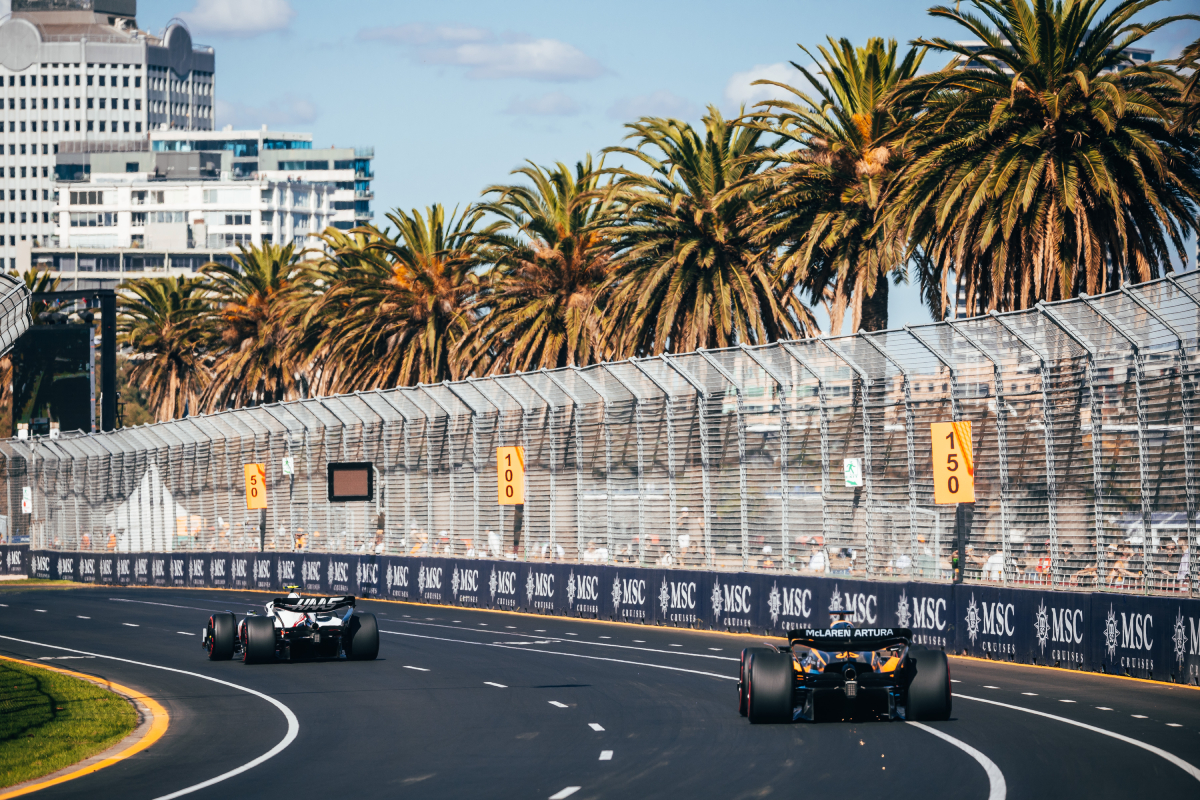 Organisers of the Formula 1 Australian Grand Prix are optimistic the Albert Park’s fourth DRS zone will be reinstated for next year’s event.

Modifications were made to the Melbourne venue ahead of Formula 1’s return in 2022 in an effort to stimulate on-track action.

That saw the Turn 9/10 chicane removed in favour of a sweeping section around the back of Albert Park lake, which opened up the potential to add a fourth DRS zone, as revealed by Speedcafe.com.

Used during Friday practice at this year’s event, it was scrapped following the Drivers’ Briefing due to safety concerns.

A year on, there is a strong desire to have it reinstated, with Australian Grand Prix boss Andrew Westacott telling Speedcafe.com he is confident it will be.

“With the circuit modifications at Albert Park, there were meant to be four DRS zones,” Westacott explained.

“There was meant to be a DRS zone around Lakeside, the fourth one that Fernando Alonso made some safety comments to the FIA Race Director [about].

“We’re optimistic, highly optimistic, that we will get that fourth DRS zone back for 2023, which is a wonderful addition to the competitiveness of the racing, and the overtaking in the racing.”

Newly introduced technical regulations for 2022 brought with them the porpoising phenomena, with some cars more impacted than others.

The additional DRS zone in Albert Park around Lakeside Drive was on a gentle left-hand curve, with a concrete barrier immediately to drivers’ right.

It’s also been suggested Alonso’s opinion was to do with the relative strengths of the Alpine, which enjoyed good top-end speed – an advantage diminished in a DRS zone.

Regulation changes for 2023 have been made specifically to address porpoising, with the edge of the floor set to rise, as is the throat of the diffuser.

It is hoped those changes will prevent the airflow under the car from stalling, which has been the cause of the porpoising phenomenon.

Add to that the fact teams now have a year of experience with ground effects, Westacott’s confidence, therefore, seems well-placed.

Organisers in Melbourne have enjoyed a surge in interest in Formula 1, boasting a record four-day crowd of 419,000.

That has carried over into next year’s event with four-day and race-day tickets selling out within a matter of hours last week.

Supporting Formula 1 next year is its feeder categories, with Formula 2 and Formula 3 set for their maiden trips to Australia. Supercars and Porsche Carrera Cup round out the on-track action.

Westacott is set to appear on Speedcafe.com’s forthcoming KTM Summer Grill video series, with the Australian GP boss set to discuss the success of the 2022 event and shed some light on the future.

He’s one of a fleet of guests covering the motorsport spectrum, with high-profile personalities from Formula 1, Supercars, and more, with further details to be announced in the coming days.