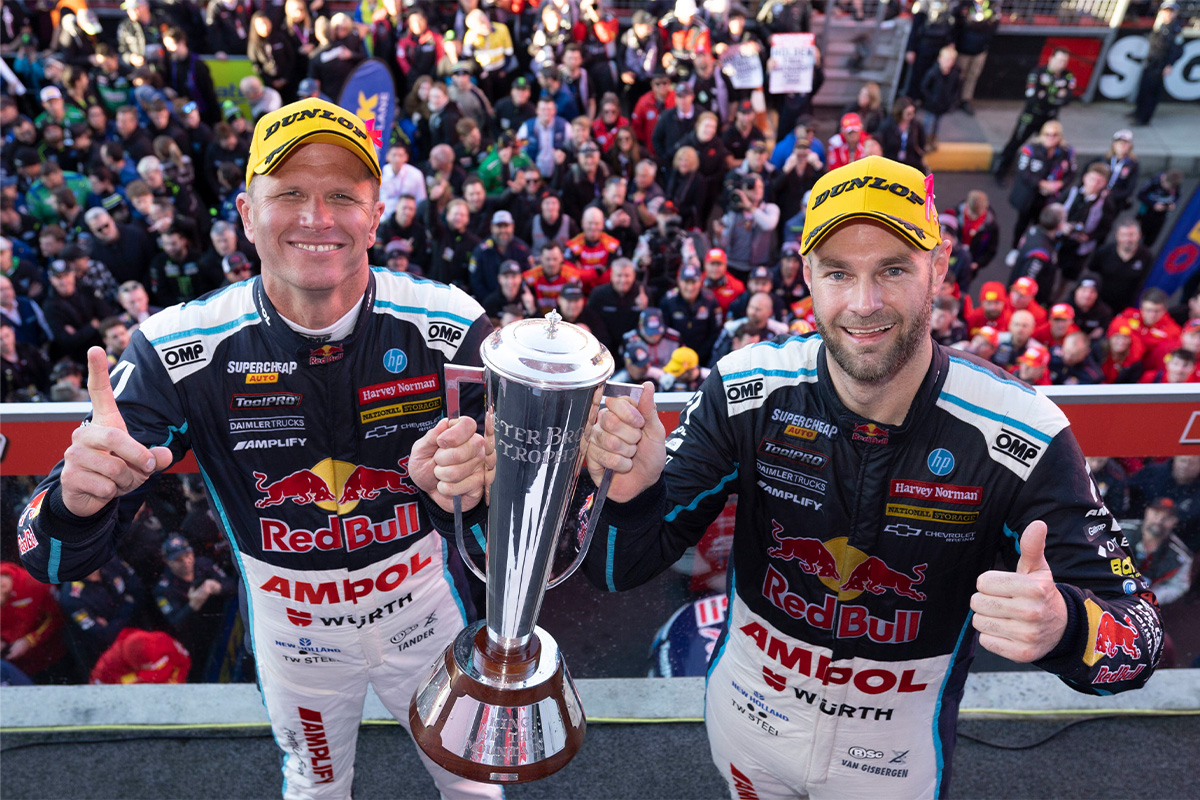 Shane van Gisbergen has bid farewell to his co-driver Garth Tander after it was confirmed the latter will move to Grove Racing next season.

Van Gisbergen and Tander have paired up at Triple Eight Race Engineering every year since 2019.

Tander helped the Kiwi to win his first Bathurst 1000 in 2020 after 13 years of trying and a runner-up finish the year before.

In fact, both of van Gisbergen’s Great Race wins have been alongside Tander, with the duo claiming the top step of the podium in this year’s race.

It marked Holden’s last victory in the Mount Panorama enduro, with the arrival of the Chevrolet Camaro as part of Gen3 next year.

The pair have also shared laughs, with van Gisbergen disappearing from a live television interview to vomit the morning after his latest Bathurst win, while Tander pushed on with the interview alone.

“Cheers GT for teaching me how to finally tame the Mountain x2,” van Gisbergen posted on social media after the announcement.

“Always a pleasure to team up with you come enduro time.

Triple Eight has already begun searching for a new co-driver to slot in alongside the 2022 Supercars Champion next season.

In the Tander announcement, Triple Eight boss Jamie Whincup stated the team will speak with drivers “both domestic and abroad”.

Next year will see the return of the Sandown 500 as a precursor to the Bathurst 1000.