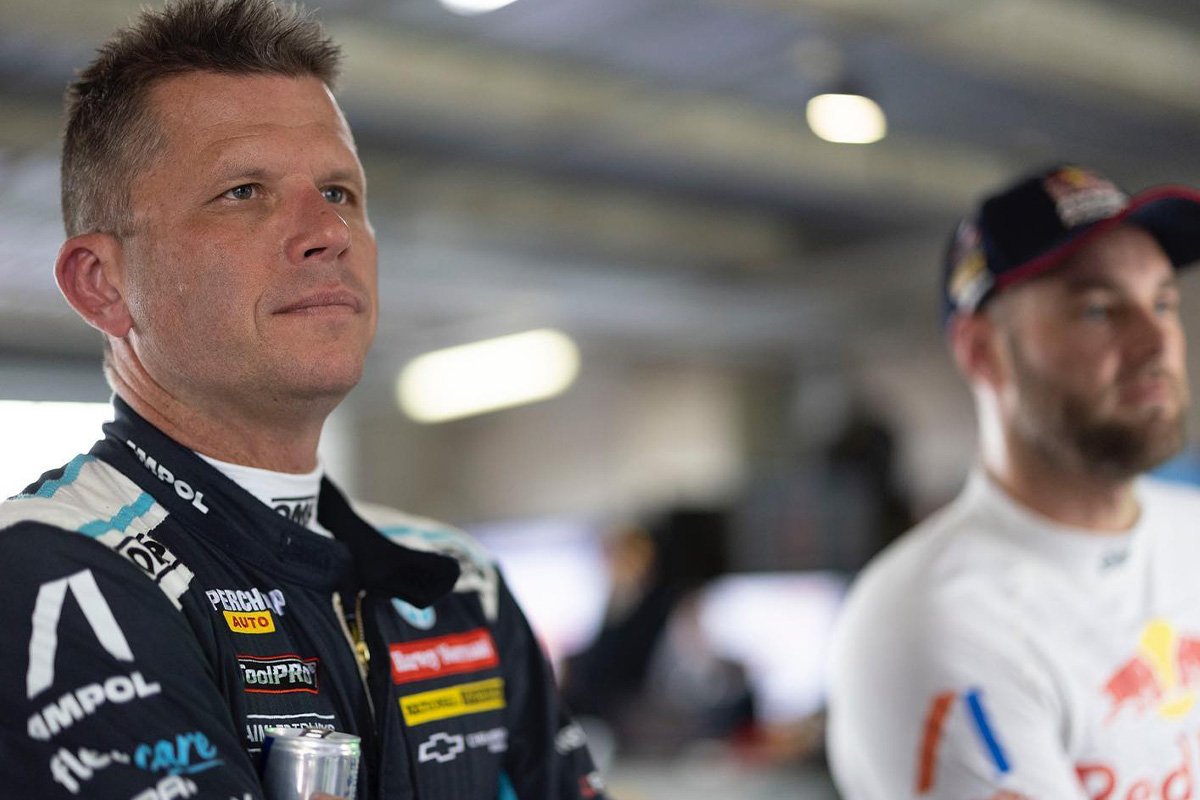 Garth Tander will not be a part of Triple Eight Race Engineering’s endurance line-up in next year’s Repco Supercars Championship.

The 45-year-old will depart the Banyo-squad, having been in a co-driving role at Red Bull Ampol Racing since 2019.

That came after he was dumped by Garry Rogers Motorsport ahead of that season.

Tander has shared with Shane van Gisbergen every year since then, the pair winning the Great Race in 2020 and 2022 behind the wheel of Holden ZB Commodore chassis 888-054, the most successful car in Supercars Championship history.

“GT has been a well-respected member of the Triple Eight team for the past four years, and we must acknowledge his remarkable contribution to the team which includes two Bathurst 1000 wins.

“Although we’re disappointed that he has decided not to renew his contract for next year, we must respect his decision.

“The search for his replacement is in full swing and I’m looking forward to speaking with drivers both domestic and abroad to find the best fit to co-pilot #97 alongside SVG for next year’s Sandown 500 and Bathurst 1000.”

Tander has enjoyed a successful career in the Supercars Championship, collecting the 2007 title while driving for the HSV Dealer Team, while he is a five-time winner of the Bathurst 1000.

In recent years he has been involved in Supercars’ television broadcasts, joining the sport’s broadcast team in 2021.