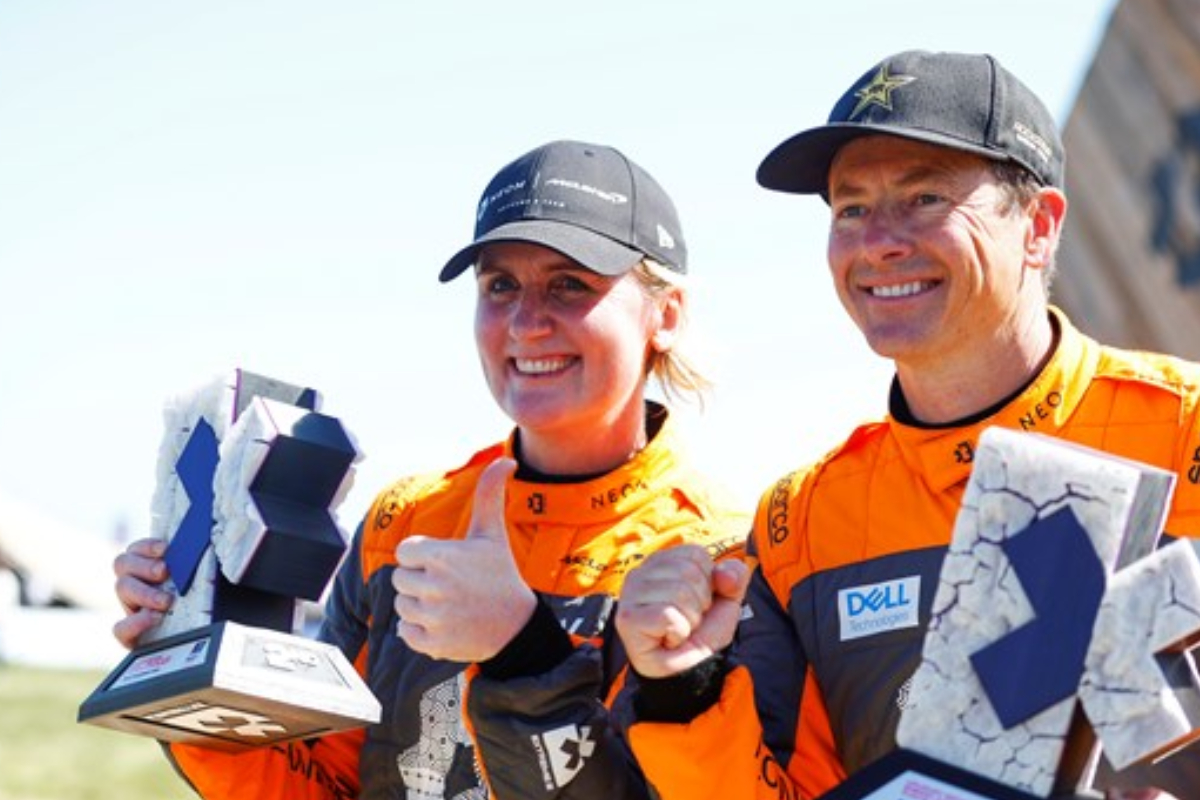 McLaren will retain New Zealander Emma Gilmour as part of the team’s 2023 line-up.

McLaren has retained the services of New Zealander Emma Gilmour for the team’s second season of Extreme E in 2023.

Gilmour will resume her partnership with four-time US rallycross champion Tanner Foust for the third season of the all-electric off-road series.

Capping off the team’s inaugural season this year, she helped the British-based squad secure its first podium finish at the season finale in Punta del Este, Uruguay.

In doing so, she became the first female driver to score a podium for McLaren.

“I’ve had an incredible first season with McLaren in 2022,” Gilmour said.

“We’ve really grown as a team, and it was lovely to be rewarded with a podium finish in Uruguay.

“I’m excited to be staying with McLaren for 2023 and can’t wait to get stuck into some new races while educating our audiences about the damaging effects of climate change.”

McLaren CEO Zak Brown said the team will look to build on its debut season next year.

“I am delighted that Emma and Tanner will remain with McLaren for 2023,” Brown said.

“The pair have proven themselves to be strong teammates both on and off the track, which culminated in a second-place finish during the Energy X Prix.

“With a season of Extreme E under our belt, I am excited to see how the team develops during 2023.”

Replacing Jamie Chadwick at Veloce Racing for two outings in 2021, Gilmour arrived in Extreme E as a credentialled rally driver.

She also won the FIA Women in Motorsport and Qatar Motor and Motorcycle Federation (QMMF) cross-country rally selection in 2015.

The 2023 Extreme E season-opener will take place in Saudi Arabia from March 11-12.