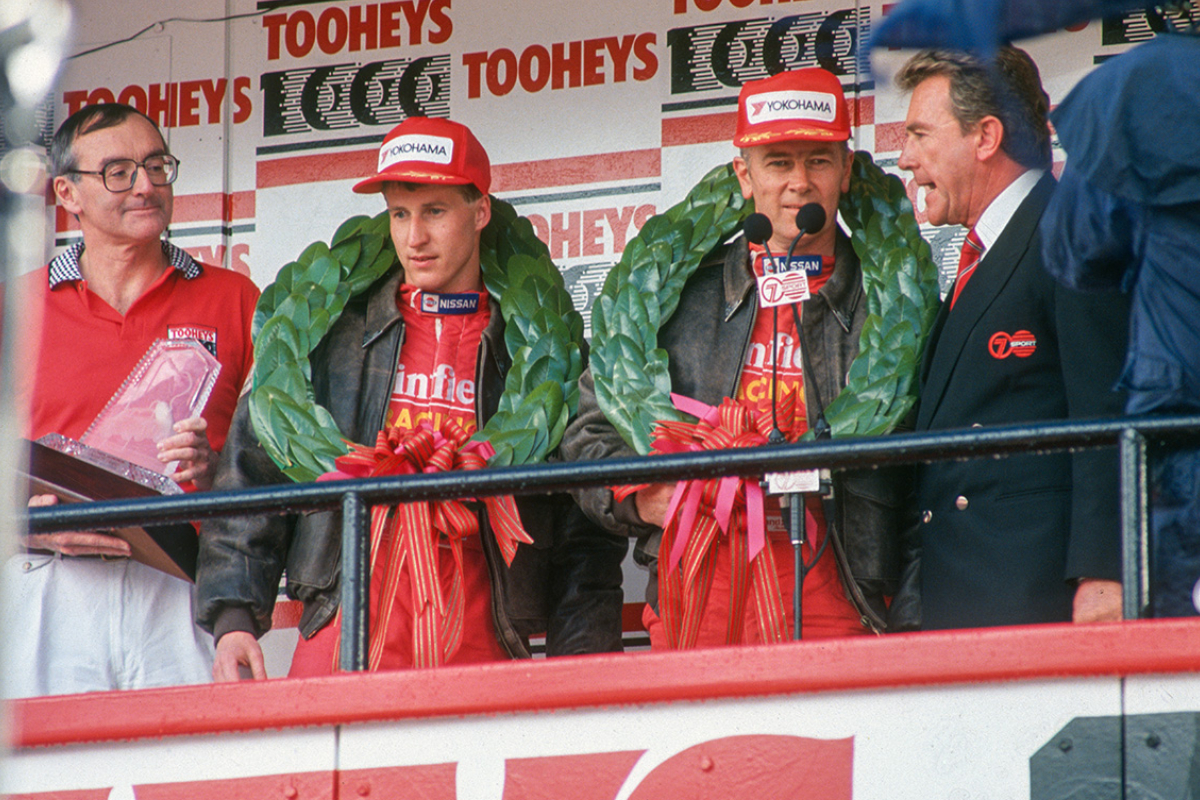 Jim Richards and Mark Skaife on the podium at Bathurst in 1992. Picture: AN1 Media

Seven-time Bathurst winner Jim Richards was inspired by his family to reflect on his illustrious career for his new book.

The four-time Australian Touring Car Championship winner provides an in-depth reflection of key moments such as his 1992 Bathurst podium speech, his time racing the Sidchrome Mustang to success in the 1973–74 Saloon Car Championship, as well as his title wins in the Nissan Skyline R32 GT-R in ‘Gentleman Jim: The Official Racing History of Jim Richards,’ which has been published by AN1 Media and written by Will Dale and Aaron Noonan.

Commencing his career in his native New Zealand, behind the wheel of a Ford Anglia 105E in 1962, Richards ventured across the Tasman Sea in the mid-1970s, going on to become a dominant force in the Australian motorsport landscape.

While initially hesitant to share his story in-depth, the Kiwi was inspired by his family to do so.

“The concept of doing a book has been raised a few times over the last few years but I’ve always been reluctant to do it,” Richards said.

“But as time goes by, I think it’s nice to be able to stop and look back at all the people, stories and scenarios that unfolded that allowed me to enjoy a long career in the sport.

“My kids and grandkids have been hugely supportive of making this project happen, I’m glad they spurred me on to do it.

“I hope the motorsport fans out there enjoy the book; it’s been a great drive down memory lane putting it together.”

In addition to the Supercars Hall of Famer’s own accounts, the book includes insights from his son five-time Bathurst 1000 winner Steve Richards, as well as five-time Supercars champion Mark Skaife.

The 400-page tell-all retails for $79.95 and is available to purchase via the V8 Sleuth Superstore.