TSS Super Car title in the balance ahead of season finale

TSS Super Car title in the balance ahead of season finale 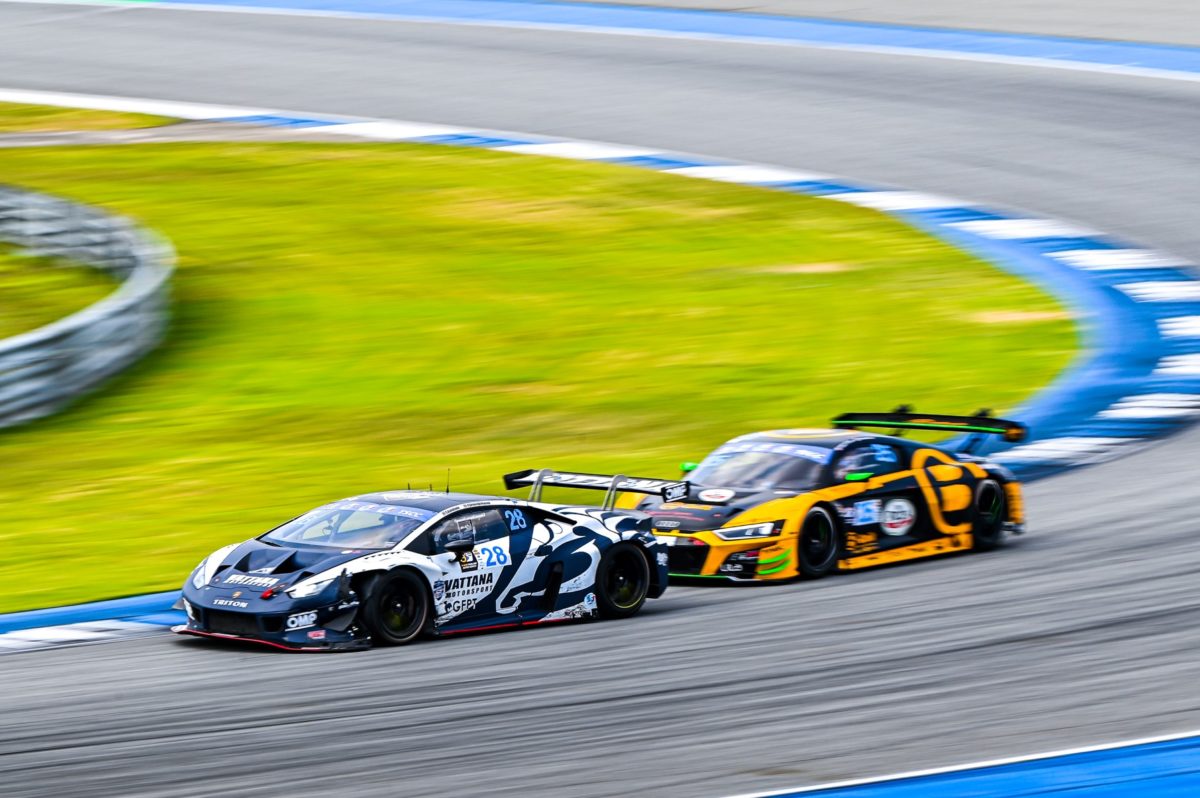 Each entry scored a race win last time out and, with seven points the gap between a first place and a second place, it could very well be a winner-takes all scenario this Sunday in Super Car GT3.

That means they are mathematically in the hunt for outright honours but more likely focused on clinching the title in the Am class, in which they hold a seven-point advantage over Daniel Bilski and Philip Massoud in the #27 B-Quik Absolute Audi.

In the GT3 teams’ standings, B-Quik Absolute comes into the event with a very useful 30-point advantage over Vattana, although a DNF for the Audi squad would blow the contest wide open.

In Super Car GTM, the entry to beat is the #15 Porsche of the Sathienthirakul brothers, Tanart and Munkong, with a sizeable 29-point cushion.

Vattana’s Ananthorn Tangniannatchai paired with Japan’s Akihiro Asai are still in the GTM title hunt, mathematically, but it would be a big upset if they prevailed from here.

In GTM Am, Pasarit Phromsombat holds a 19-point margin over Nattavude Charoensukhawatana, but the Toyota factory star can never be ruled out given he has three wins so far this year to Phromsombat’s one.

Furthermore, Phromsombat will have a new car to get to grips with this weekend, having swapped his regular Porsche for a Lamborghini Gallardo FL2.

In Super Car GTC, B-Quik Absolute’s Adisak Tangphuncharoen is on a real roll in his rookie season, a win and two second places from the last three races putting him 13 points clear of the field.

Kris Vasuratna, in the bes- placed of the trio of Supras entered by Toyota Gazoo Racing Thailand, will be looking to zoom in on the title after a consistent year that has seen him score points in every race.

Just one point further back is Jack Lemvard in the CRE Mustang, with two wins to his name this year, and fourth is Supercars race winner Steve Owen.

Action commences this Friday, with racing on Saturday and Sunday.

All of the TSS racing will be live for free in English on Speedcafe.com, as well as in Thai.