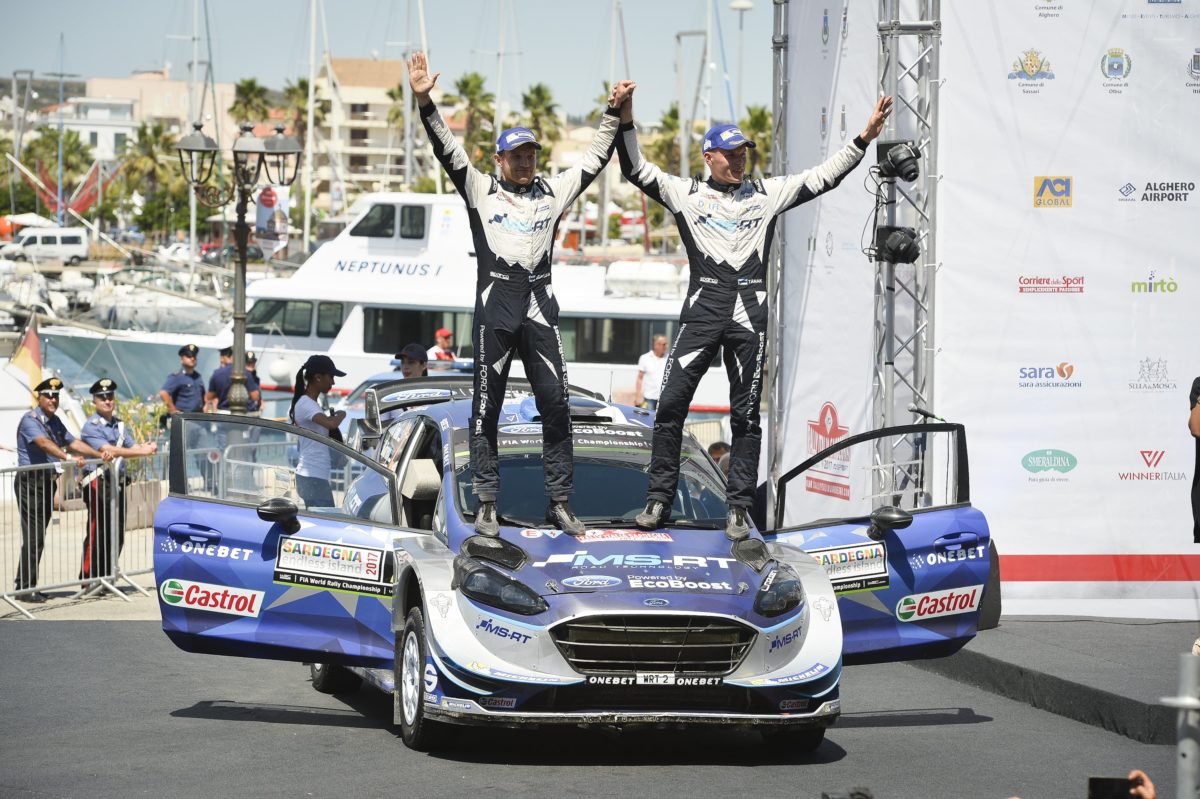 Tanak and co-driver Martin Jarveoja at their first WRC win, Sardegna 2017, when the pair was last at M-Sport

The 35-year-old Estonian will drive an M-Sport Ford Puma in all 13 rallies scheduled for 2023 alongside co-driver Martin Jarveoja, with the drivers filling the remaining two seats at the Ford team yet to be announced.

“M-Sport is the place that raised me as a driver and the place that taught me all the hard lessons and experience to become a top-level player in the World Rally Championship,” said Tanak.

“Since becoming a world champion I have not been able to defend the title, and I will not be able to make peace with myself until I do! I have had many discussions with Malcolm and we definitely share the same ambition for the upcoming season.”

Tanak joined the Ford outfit in 2011 before claiming his first WRC podium with the team in 2012, before several seasons switching between DMACK World Rally Team and M-Sport to post his first WRC win for the latter at Rally Sardegna in 2017.

He joined Toyota Team Europe in 2018, where he challenged for the title that season before becoming World Rally Champion in 2019.

He left TTE for Hyundai in 2020, with 2022 his best season as he recorded three victories, three second places and a pair of thirds to finish runner-up to World Champion Kalle Rovanpera.

“It fills me with tremendous happiness and joy to see Ott back here with us at Dovenby Hall,” said M-Sport Managing Director Malcolm Wilson.

“I have followed his career closely since his junior days and I’m very proud to have been a part of his achievements in the last decade. He has been to Dovenby to view our facilities and test the Puma in Greystoke Forest. It is fair to say from Ott’s initial feedback that we are confident we can challenge for the world championship in 2023.”

The announcement comes following the departure of Craig Breen from M-Sport only days before he was confirmed for Hyundai, with both that team and Toyota announcing their 2023 driver line-ups.