Mark Urban, a professional motor racing videography and content creator who primarily shoots IMSA and IndyCar in North America as well as sportscar series in Europe, made his first trip to Australia – where he attended his first Supercars event at the Valo Adelaide 500. Here, he shares his first impression of the country’s premiere racing category.

In 2020 one of the teams I worked with at the Rolex 24 hired a driver named ‘Shane van Gisbergen’ to drive for them. I had honestly never heard of him before, so looked up the 2020 Adelaide 500 Top 10 Shootout to see who this ‘SVG’ was – I’ve been a diehard Supercars fan ever since. I was blown away – there’s surely no better way determine pole position for a race (maybe only the Indy 500’s four-lap average is more dramatic.).

I’d wanted to visit Australia since I was a kid, so when the opportunity to attend a Supercars race came up, I figured I might as well try for credentials and shoot the race, even just for my own enjoyment. I’m not usually a big fan of people applying for credentials for that reason, but I had so many social friends in the Supercars space telling me to apply and even offering to help me get credentials. The Aussies are a very kind bunch! 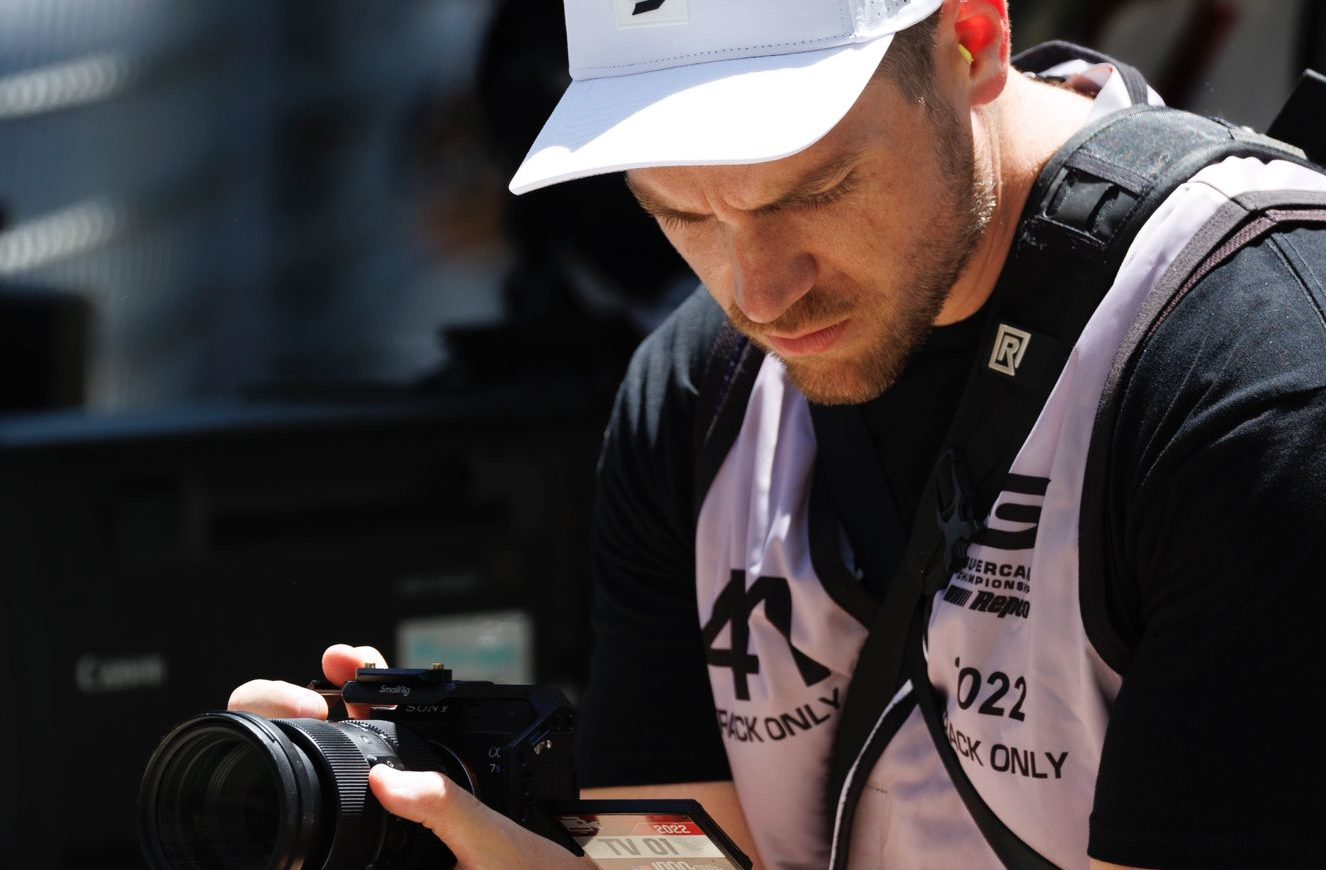 Social media has really helped with my consumption of Supercars media and to meet people involved in the sport. Over the past year I’ve seen my own socials grow quite significantly due to the advent of Instagram reels. Through this growth, I’ve connected with so many people in the world of Australian motorsport.

Upon arriving in Australia for the first time last week, I was quite disappointed that the water in the Sydney Airport toilets didn’t swirl the opposite way. Otherwise, I’ve been blown away by my brief trip to the land down under.

This year has been my biggest year yet with trips to the Indy 500, Rolex 24, Spa 24, Long Beach GP, and now the Supercars Adelaide 500. I’ve always joked that regardless which country I’m in to shoot a race, cultural differences aside, once you arrive at the racetrack there is an international language of motorsport. It’s still the same basic concept no matter where in the world you are. Turns out I ended up getting connected with some team owners in the Supercars paddock through one my IMSA clients. I always tell people that racing is a very small world. Every knows everyone so be careful who you talk shit about! They offered to help with credentialing and in exchange I offered to produce a bit of content for them.

There are practices, qualifications, and races. All of this needs to be captured by content creators like myself and given to race teams, drivers, and commercial partners. But I was a bit surprised to learn it’s bit more difficult in Supercars land.

Supercars doesn’t allow team videographers or even media members to capture any footage (or ‘vision’ as the Aussies like to say) of the race cars on the track. It was even mentioned to me I should avoid capturing vision of the car being pushed out of the garage just to be safe. I found this a bit baffling to be honest…

In the series I shoot like IMSA, IndyCar, and even NASCAR, on track videography is permitted. Many of these series charge a video licensing or access fee to be allowed to film trackside, but they at least allow it. Many of my clients have gotten huge engagement numbers from on-track clips I’ve provided them; a team I worked with at the 24 Hours of Spa is still getting engagement from an Instagram reel of their car going up Eau Rouge six months after the race… 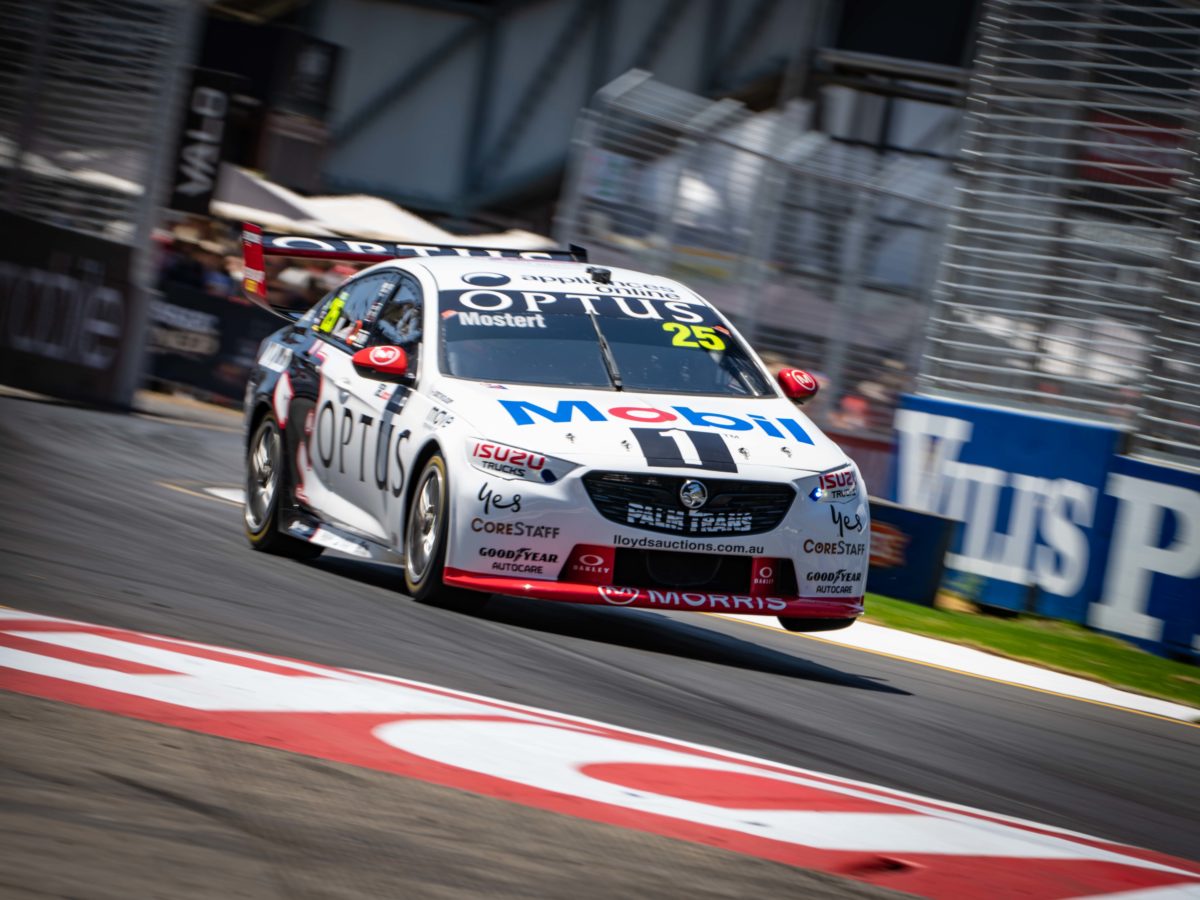 In my opinion, more content produced by more people means more eyes on your sport and that’s only a good thing for all parties involved. Not to mention the amount of money teams are spending to race, including the massive costs associated with the switchover to Gen3. It’s a bit harsh to only allow video content within the garage and paddock. There is only so much you can film of drivers climbing in cars and mechanics wrenching away.

Whenever I post a video clip I’ve captured at a race, and it gets decent engagement, one of the most frequent comments is “What series is this?”. Then I comment back and say ‘IMSA’ or ‘GT World Challenge’. Even that post can help make people fans of the sport. It’s a massive opportunity that Supercars is missing out on. I can’t help but imagine the engagement a slow-motion clip of a car going over the kerbs on the Gold Coast could do for a team on Instagram. This policy is a head scratcher for sure.

Filming restrictions aside, the event was still a blast to cover. I was forced to be very creative filming in the paddock and took time to practice photography trackside. I don’t consider myself a photographer by trade and very rarely sell my services as a photographer to my clients, but I love still photography. I do it in my spare time and it was great to capture the awesome Adelaide street-circuit in images. I’ve been to a lot of racetracks and Adelaide is truly a gem with so many opportunities for great shots. I really fell in love with the exit of Turn 11 and spent way too much time there trying to get a shot of a mirror scraping the wall and did manage to grab one of Broc Feeney just kissing it (below). My other favourite spot was inside of Turn 9, shooting slow pans through the fans. I am a big fan of slow shutter speed photography and am greatly inspired by my friends Jamey Price, Alex Wong, and Camden Thrasher who are masters of this. I managed to nail a few shots and got a lot of weird looks from punters who were probably wondering why I was standing behind all of them to shoot the cars.

My partner, Nicole, attended the event with me, and enjoyed the race from the fan perspective – she had an absolute blast. She particularly enjoyed that there was always something to keep your attention. There were nearly always race cars on track and even during the brief breaks in track action, there were plenty of activations around the parklands, including a lot of family-friendly displays.

Nicole’s not usually a fan of street circuits as she says, “You can’t see anything”. She was particularly vocal about this at the Toronto IndyCar race this year and I kind of agree. But Adelaide was different; there were plenty of great viewing locations on a GA ticket, unlike tracks like Toronto or even Long Beach where grandstands are king. 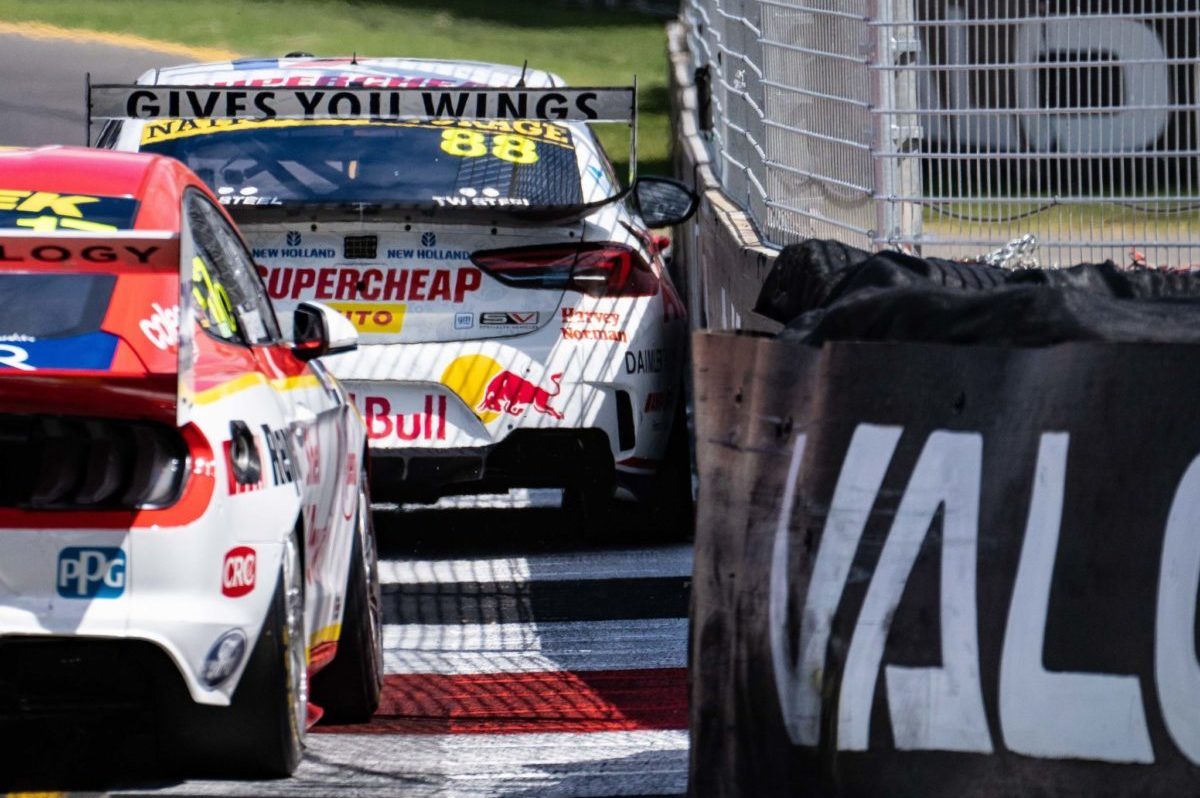 Both of us were also very impressed by the punters. The Ford-Holden rivalry is unlike anything I’ve ever seen. We don’t really have that in motorsport in North America. In IMSA, the punters are usually supporters of a certain car brand. They own a Porsche, so they cheer for Porsche, but it’s not rabid like it is here. Hearing the Ford-supporting crowd erupt when Van Gisbergen went into the wall was like being at a football game. Very cool to experience in person.

Then there were the concert offerings. Although Nicole and I weren’t familiar with any of the Australian acts, we did take in The Killers after the finale on Sunday and we weren’t disappointed.

All in all, I enjoyed my first adventure into Supercars land. I was able to capture some great images, see the farewell race for Holden, and Broc Feeney’s maiden Supercars win. I’ll be honest, after the concerts and a night out with friends from the media room, I was laying in my hotel bed looking at flight prices for the Bathurst 1000 next year. I can’t wait to be back. The resurfaced track at the 2022 Valo Adelaide 500 which lowered the kerbs. Image: Mark Urban