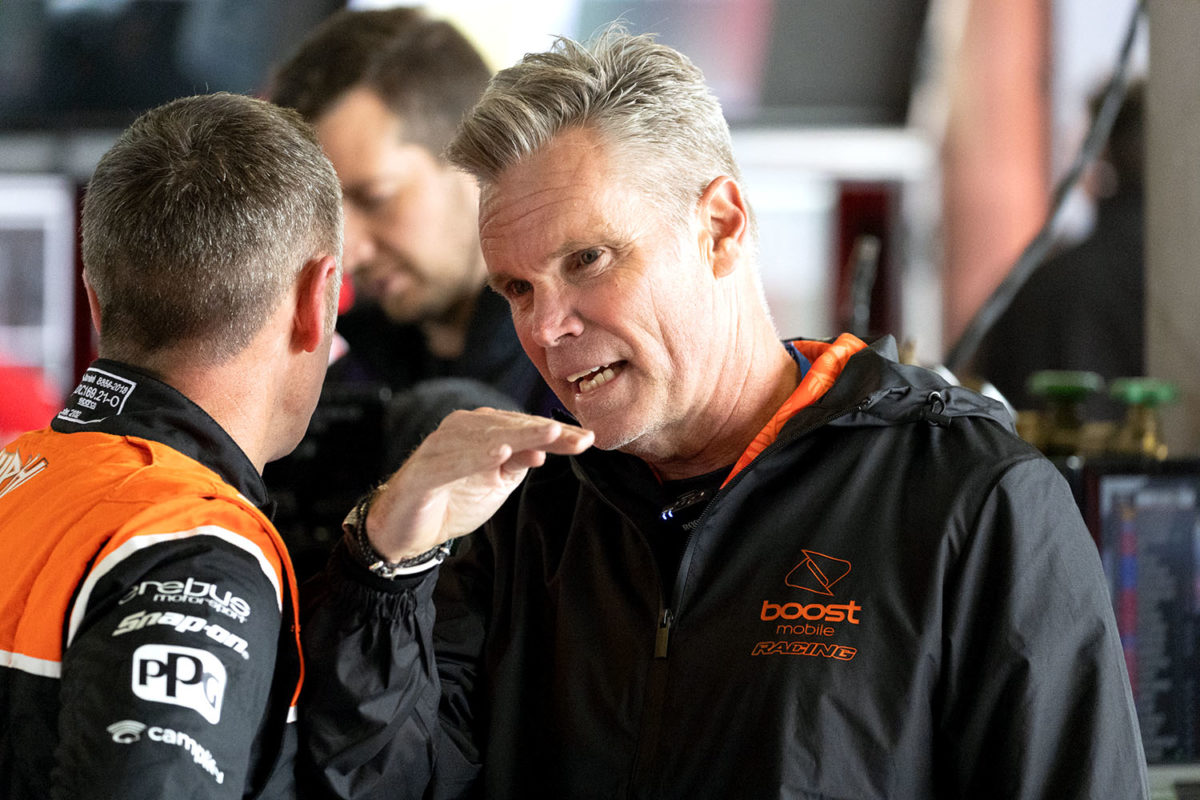 Tander was a shock axing from GRM in January 2019 after the team opted to take major sponsorship from Adderton’s Boost Mobile, to which Stanaway was tied.

While the former would quickly be snapped up as an enduro driver by Triple Eight Race Engineering, going on to win the Repco Bathurst 1000 in 2020 and 2022, there was a significant fan backlash against some of the other parties involved.

Stanaway, who had already experienced a difficult rookie season with Tickford Racing in 2018, “call[ed] it a day” on his motorsport career after just one year at GRM, which exited Supercars at the same time.

Adderton opened up on his feelings about what transpired in the newly released documentary Wildcard: One Last Shot which followed the Boost-backed Erebus Motorsport wildcard campaign at this year’s Bathurst 1000, for which Stanaway and Greg Murphy were the drivers.

“I was disappointed with the way Richie left in 2019 and, to be honest, I held a lot of guilt for that, to be totally truthful,” said the mobile phone magnate.

“I’m a marketer and I always try to come up with ideas and stories but I kind of forgot the personal effects it has on people.

“At the time, we put Richie in the car and Garth got thrown out.

“I thought, ‘This is great; we’re getting all this coverage.’

“All it did was it kind of turned the fans a little bit against Richie.

“It had nothing to do with him and then he went into a pretty bad period, so I kind of felt responsible for putting him in that situation.”

Stanaway’s year with GRM was a rocky one, featuring a disqualification at Albert Park due to Dangerous Driving, a spell out of racing due to a neck injury, and a sensational benching from the Gold Coast event after missing a signing session.

The 2022 Great Race represented his comeback to Supercars, with the New Zealander qualifying for the Top 10 Shootout (which ultimately never ran), and the #51 ZB Commodore ultimately finishing 11th after 161 laps.

Adderton subsequently ordered a Chevrolet Camaro from Triple Eight Race Engineering with the intent of fielding Stanaway in his own team in 2023, but would concede defeat on that particular endeavour, while maintaining an intention to enter events as a wildcard.