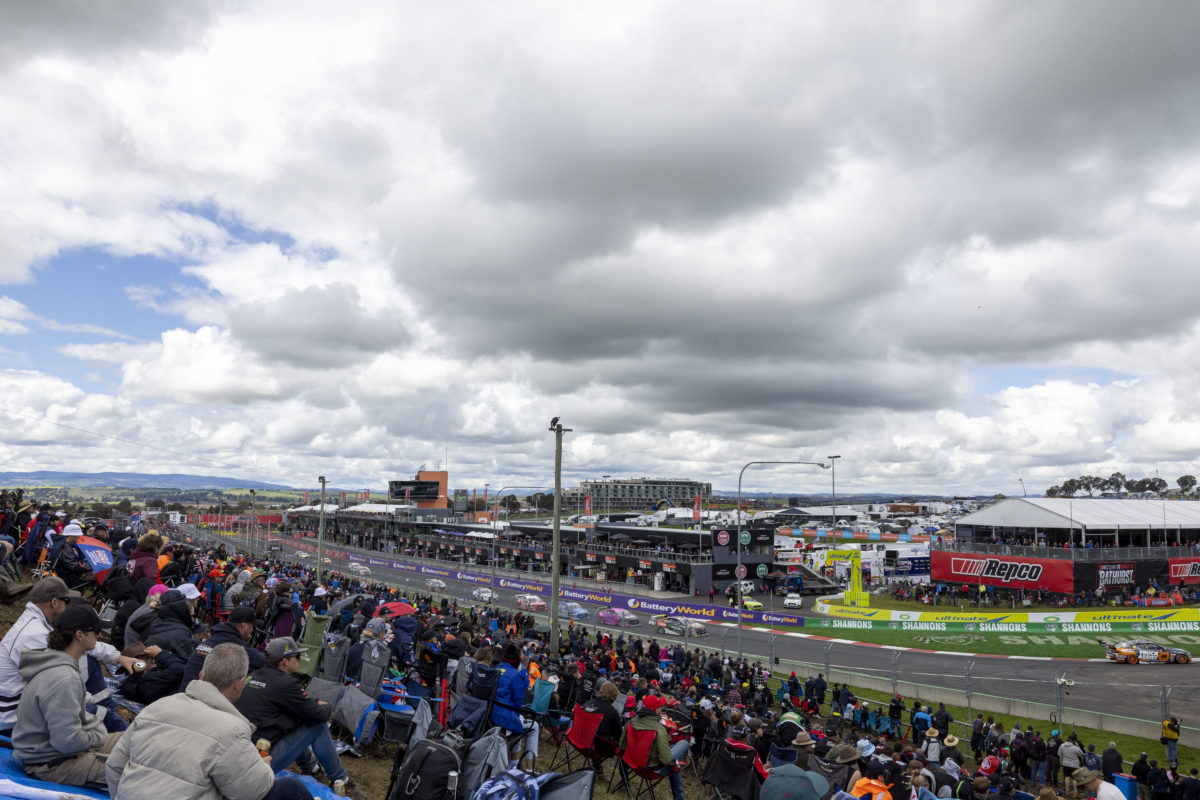 Tickets for the 2023 Repco Bathurst 1000 will go on sale this afternoon.

Selected tickets will be available from today at 15:00 AEDT through Ticketek, although campsites will go on sale in the new year.

Supercars CEO Shane Howard said, “The 60th anniversary of the Repco Bathurst 1000 will be one of the biggest events in our history.

“Planning is already underway to celebrate the great success of one of Australia’s most beloved sporting events.

“Following on from the success of the 2022 event which included the revamped Harris Park precinct, more additions will be made to ensure the 60th anniversary is one to remember for our fans.”

A four-day crowd of 195,578 attended this year’s Bathurst 1000 despite forecasts of shocking weather coming to pass.

That included heavy rain which led to flooding of the circuit and hence the unprecedented cancellation of the Top 10 Shootout, with the starting grid fully determined by the Friday afternoon Qualifying session.