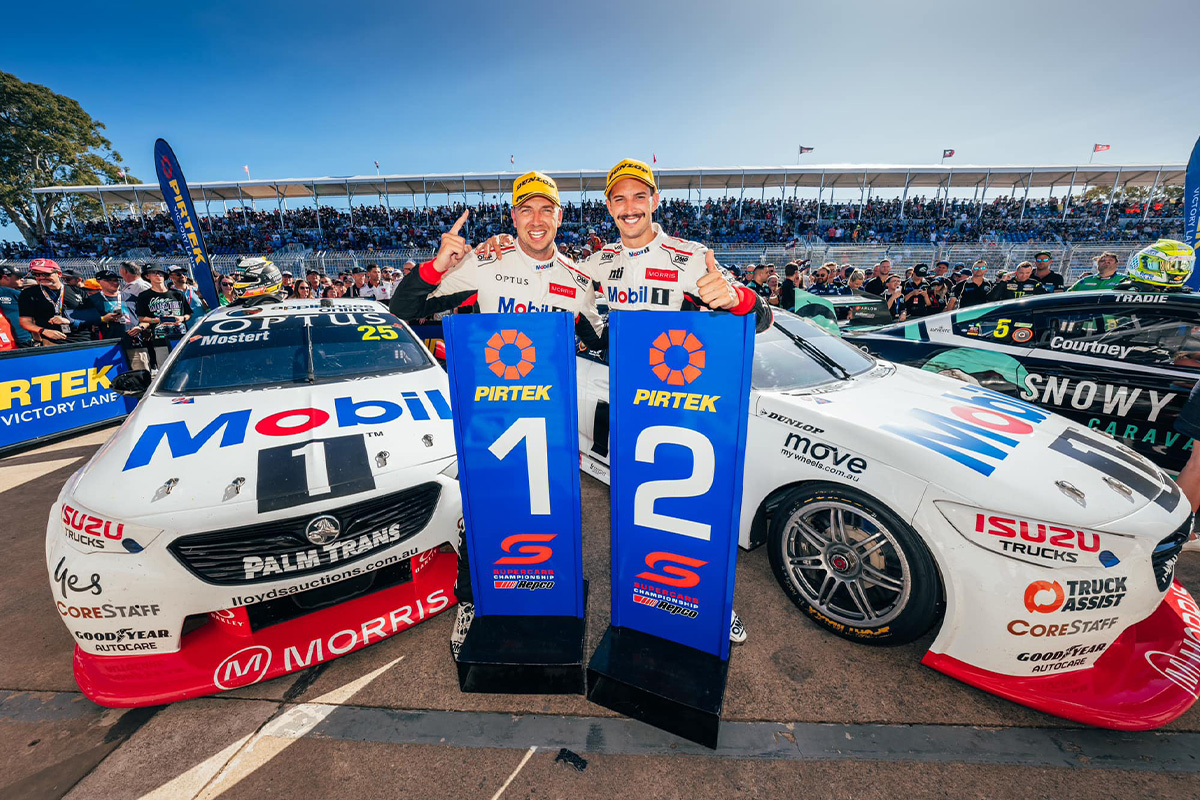 It came on the final weekend for the Holden brand in Supercars’ top tier, with the famous Lion badge to be replaced by the Chevrolet Camaro as part of Gen3 next season.

An even greater change is in store for WAU, which will cross the divide and race Ford Mustangs in 2023.

The Clayton operation was the Holden Racing Team for 27 years, before the factory status moved to Triple Eight Race Engineering for 2017.

To honour its history on the Valo Adelaide 500 weekend, WAU ran a tribute livery to its HRT era on both its ZB Commodores.

The significance of Saturday’s result reflected the make-up of WAU’s culture, according to Stewart.

“I’m so proud of such a full team effort and that’s one thing that I really cherish in our team is the way that everyone contributes.

“Everyone has their own culture in their teams; I think we have a really, really nice culture going on and it’s a very supportive family.

“We take great pride in looking after each other and supporting each other.

“That really was cultivated during the COVID-tour, but I’m really rapt to see that it just continues to grow at every event.

“So proud of our guys and girls [at the track] and back home in Clayton, who are also super important.

“The WhatsApp channel goes berserk every race meeting from everyone back home who is there riding with us.”

The Mobil 1 Optus Racing driver finished runner-up by just under a second, while Percat was 12th.

Mostert secured third in the Drivers’ Championship, with Percat 15th after frustrating season.

“Incredible weekend, one that means a lot to a heap of people so it’s something I’ll never forget,” said Mostert.

“[On Sunday] we just couldn’t quite get there but boy we had a crack, we didn’t leave anything on the table.

“I think we will look back at this weekend, and the year with a lot of pride, so thanks to everyone that’s come along for the journey this year, and of course the team.

“Thank you as well to all the Holden fans that have backed this team for so long, we hope you can stick by us next year, but if not, thank you.”