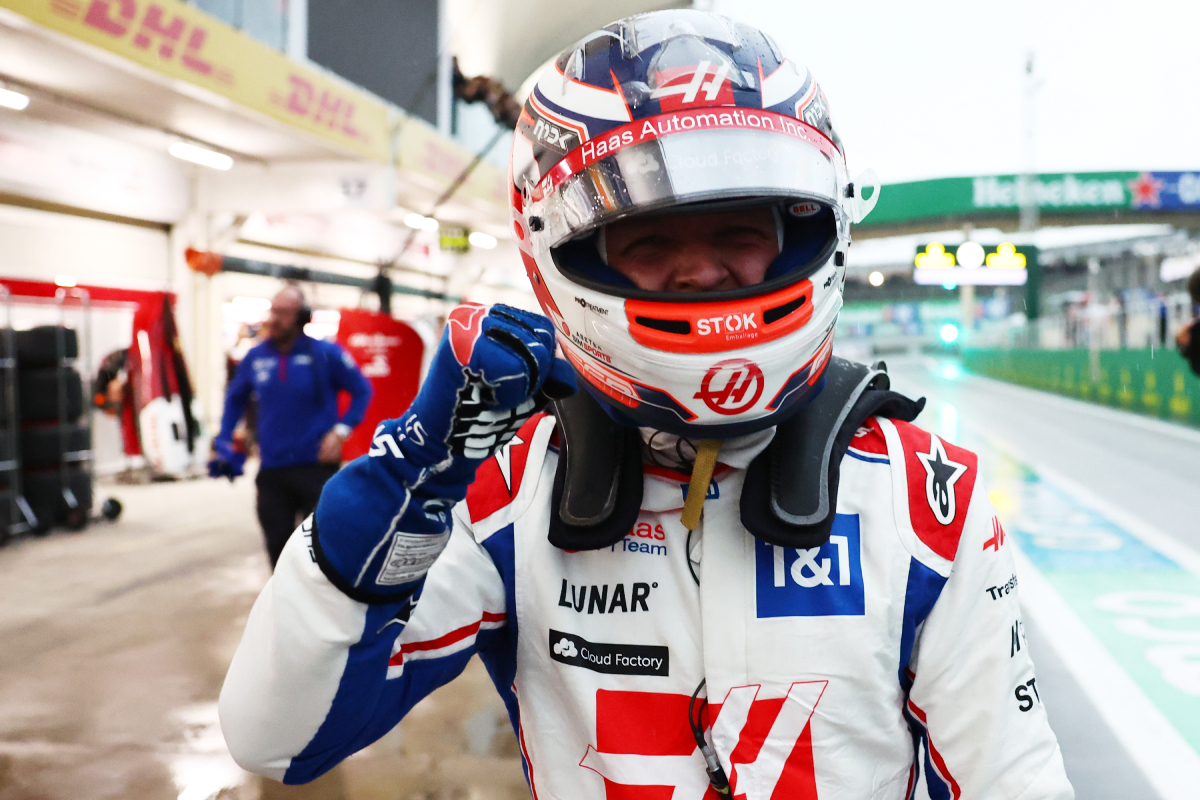 Kevin Magnussen rewarded Haas with pole in Sao Paulo, the highlight of his F1 return in 2022

Kevin Magnussen has described his 2022 return, in which he scored his maiden F1 pole having not had a contract at the start of the year, as a “real journey.”

The Dane was a last-minute replacement at Haas when it opted to end its relationship with title sponsor Uralkali and driver Nikita Mazepin during pre-season testing.

Having stepped out of F1 at the end of 2020, Magnussen had been set to race in sportscars in the United States before being offered the chance to return.

“It’s been a real journey,” Magnussen reflected on his year.

“Of course, at the beginning of the year, we were really strong and started the season in Bahrain with P5.

“That was a massive surprise, I guess, because the team had been struggling for two years and then you know, to hit the road like that in the first race was pretty cool.

“Then, you know, of course we had a very strong first half of the year.

“I think some of the other teams like Alpine and Aston Martin have kind of developed their performance more than us but you know, there’s no reason that we can catch up over the winter and start again like we did next year.”

Magnussen had little more than a day of running in the second pre-season test in Bahrain before the season got underway.

However, the 30-year-old showed few signs of rustiness, snagging fifth in the opening round of the year.

It would prove to be a season’s-best finish, though it was far from the highlight.

That came at the Sao Paulo Grand Prix when Magnussen secured a surprise pole position in Qualifying.

It saw him start the Qualifying Sprint from top spot, and will be statistically counted as having scored pole, despite falling to eighth in Saturday’s competitive encounter.

Sunday unravelled further when he was spun by Daniel Ricciardo on the opening lap, ending his race and leaving him stranded in the Interlagos in-field.

“Everyone loved it,” Magnussen said of the reaction his Qualifying efforts received.

“It was a real proud moment for the team. I can see everyone when they’re walking down the paddock, they look a little bigger, a little taller.

“It’s a memory that we will have in common always.

“Going into the end of the season like this, going into winter with a huge highlight, it’s worth a lot, so really happy about it.”

Magnussen remains with Haas for 2023 where he will be joined by Nico Hulkenberg.