Opinion: Formula 1 will not return to Adelaide

Opinion: Formula 1 will not return to Adelaide 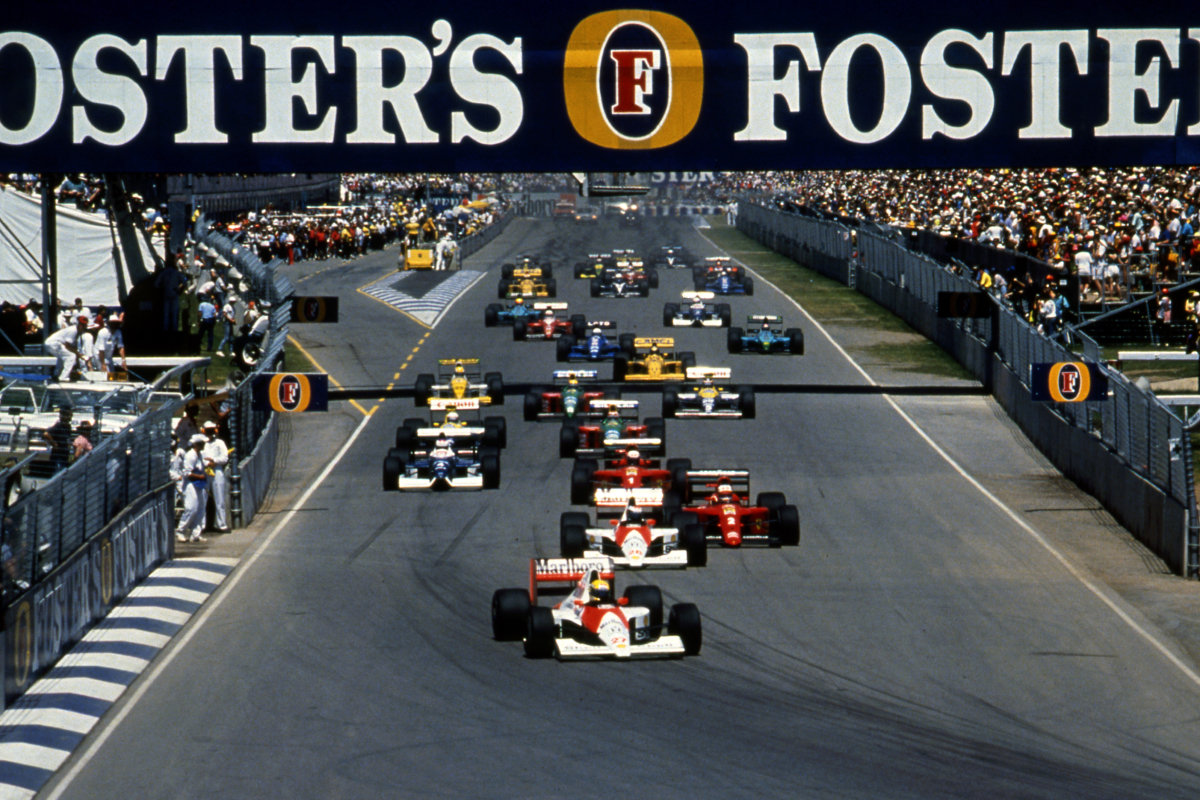 Speculation from some corners in the past 24 hours has suggested Formula 1 could return to Adelaide, or more broadly South Australia, as soon as next year.

That is quite simply not the case, for a number of reasons, and the mainstream media’s continual chasing of soundbites to generate stories to the contrary are lazy, ill-informed, and misleading.

On Monday, South Australian Premier, Peter Malinauskas, was asked by the non-specialist media about the prospect of F1 returning to the state which put Australia on the world championship map.

The 2023 Formula 1 season was originally slated to have 24 events, a record number for the sport.

However, it was confirmed last week that the Chinese Grand Prix will not go ahead.

Portimao in Portugal has been suggested as the most likely replacement for China, though that is far from a slam dunk as Speedcafe.com understands other promoters have also sounded their interest.

It leaves Formula 1 in a handy position where it can choose where it goes while the demand means it can still command a hefty hosting fee despite the last-minute deal.

Given that backdrop, Malinauskas was asked about the prospect of Formula 1 returning to South Australia.

It was a pointless question, a fanciful thought on a notion that pulls at the heartstrings of locals because, simply put, it cannot happen.

“We’ve got block-out clauses to make sure that we’re the only one in Australia,” Andrew Westacott, CEO of the Australian Grand Prix Corporation (AGPC), told Speedcafe.com at the 2022 season finale in Abu Dhabi.

The AGPC is the promoter of the current Formula 1 Australian Grand Prix, and its equivalent MotoGP race.

“We’ve got a strong position, as shown by the crowds this year.

“I think the bigger picture thing that I’m more focused on from a positive point of view is the growth of Formula 1, as a spectacle, as a drawcard for tourism and visitation.”

Those comments were made in response to a question regarding the expansion of the F1 calendar, and whether a 24-race schedule dilutes the value of the Australian round.

“It’s got global relevance, it’s got continuity, it’s on all continents apart from [Africa], but that will probably continue to be looked at into the future.

A return to South Australia is therefore little more than a romantic ideal fuelled by the rivalry that remains with Victoria.

Adelaide hosted the Formula 1 Australian Grand Prix from 1985 until 1995 and was popular among both local residents and the travelling circus.

Since 1996, it has been held in Melbourne, with the AGPC recently inking a deal that will keep F1 in Albert Park until at least 2035.

Nevertheless, bringing F1 back to the streets of Adelaide generates headlines from those who choose to ignore the facts, as was the case when Malinauskas was asked on Monday.

The question was designed to solicit a headline despite the actual news story having zero substance.

“We obviously became aware of the Chinese situation over the course of the weekend,” Malinauskas said in response.

“Naturally, we’re alive to any opportunity that may present itself, and we will put our best foot forward as a state when it comes to our position on the international calendar when it comes to major events.

“The advice that we’re receiving is that Formula 1 very much has a contingency plan in place in respect to Portugal, and that is their focus.

“But of course, my job as Premier is to seek out as many opportunities I can for the state generally.”

It’s a standard politician’s answer; one that addresses the question but without answering it directly.

But even if we chose to ignore the fact that Formula 1 is exclusively tied up in Melbourne for more than the next decade, there are other obstacles in the way.

While Supercars has just raced around the streets of the City of Churches, it did so on an abridged version of the circuit once graced by the likes of Niki Lauda, Alain Prost, Ayrton Senna, Michael Schumacher, and co.

The original layout is there, and is largely unmolested from its original form, though infrastructure developments in the decades since (notably the O-Bahn tunnel beneath Rymill Park) have made its use impractical.

The full circuit is no longer homologated, nor the shorter variant to an appropriate standard (it was only just re-homologated in the days prior to the Adelaide 500, in fact).

Changing those facts is a task that has a long lead time, with significant modifications likely required in order to meet FIA Grade 1 standard required to host Formula 1.

There are also legislative issues surrounding the use of the Parklands that would need to be addressed in short order which, while not impossible, would not be trivial.

Then there is sourcing the appropriate infrastructure.

Over the weekend in Adelaide, there were some suggestions that the grandstand on the front straight, and in the Senna Chicane, had been sourced from the Australian Grand Prix in Melbourne.

That was not the case, though local officials are understood to have engaged with the same company which supplies the Albert Park race.

Further afield, The Bend has been suggested as a possible location, however, that is also not realistic.

While it is a top-drawer venue in terms of facilities for domestic competition, it would need modifications to obtain the Grade 1 licence it needs to host Formula 1.

That would require little more than a realignment of barriers in some locations, though there is a lack of other critical facilities that would preclude it – at least in the short term.

First among those is the Medical Centre, as defined by the FIA’s International Sporting Code.

For The Bend, which is located more than 100 km from the Royal Adelaide Hospital, there would be additional requirements in terms of equipment available, not to mention helicopters on standby.

Much of that would also have to be permanently installed to receive a Grade 1 licence unless a dispensation is allowed.

The pit building would also need an overhaul with a more suitable and designated media room, which is distinctly lacking at current events.

There are also things like hospitality suites that would need to be designed and sourced in quick time.

Even seemingly trivial aspects such as access to the hotel above the pit lane would need to be looked at, as its entry would fall within what is the F1 paddock; how is access there managed?

While none of these are insurmountable, the sheer number of them and the timeframe involved means getting it all done in time is far from trivial.

Not that it matters, of course, since contractually F1 cannot head there anyway.

The fact is, the idea of Formula 1 returning to Adelaide and South Australia reappears every so often because it is a sore point that can be exploited by the media.

To this day, the feeling among South Aussies is that “the Victorians stole our race,” but this is simply untrue.

A window of opportunity to extend the Formula 1 event beyond 1995 in Adelaide lapsed, and it was only after that Ron Walker opened conversations with Bernie Ecclestone.

More than that, the race boiled down to the personal relationship former Premier John Bannon had with Ecclestone.

When he fell on his sword following the State Bank collapse in 1992, the event’s future was in jeopardy.

But rather than building that relationship following Bannon’s ousting, the government allowed it to lapse.

Adelaide had a contract to host Formula 1 in 1996 but, with the writing on the wall, signed those over to Melbourne, where it sold its infrastructure too.

Regardless of what some may have you believe, Formula 1’s exclusive home in Australia is now Melbourne, and nothing will change that – at least not for more than a decade.

I grew up in Adelaide, and credit Formula 1’s time in my hometown for the reason I pursued the career I have.

It was something truly unique, and even as I traverse the globe now following the circus, I am yet to encounter an event that can even hold a torch to the atmosphere and impact Adelaide had.

To this day it is remembered fondly by those in the paddock, many of whom were in the sport when F1 last visited the SA capital.

I can therefore understand the wish to bring that back, but at the same time understand first-hand that the Formula 1 world has moved on.

Commercially it’s now simply not possible, even if all the logistical and other hurdles could be overcome. It’s a fanciful idea, and an enticing thought experiment, but it simply has no legs.

After nearly 30 years, it’s time to accept the dream is over, and enjoy the many happy memories the event left us with.