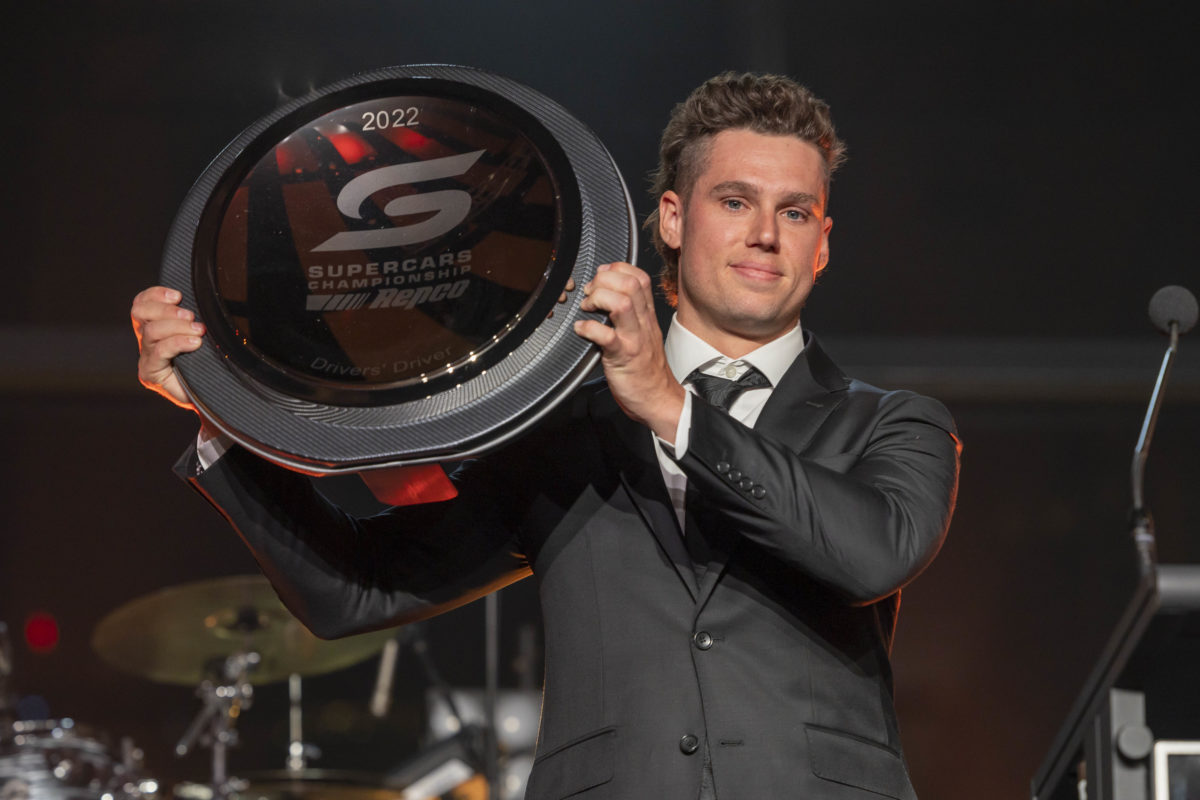 Cameron Waters picked up an honour at the Supercars Gala Awards

Tickford Racing’s Cameron Waters has been revealed as this year’s Drivers’ Driver at the 2022 Supercars Gala Awards.

He also wheeled the Monster Energy Mustang to 10 pole positions, more than anyone else could manage, including yet another at the Repco Bathurst 1000.

“It’s the second time I’ve won this and it’s absolutely awesome, so I need to thank all the driver that voted for me,” said Waters.

“The drivers that didn’t, it’s probably because I ran into you through the year – not because I meant it; I just probably wanted the corner a little bit more than you did – so, sorry about that,” he quipped.

“I need to thank my whole team, Tickford Racing; they’ve given me an amazing car this year and let me do what I can do, so thank you.”

The latter picked up one of the major gongs on the night, while Craig Lowndes and Tim Schenken were announced as the latest inductees into the Supercars Hall of Fame.