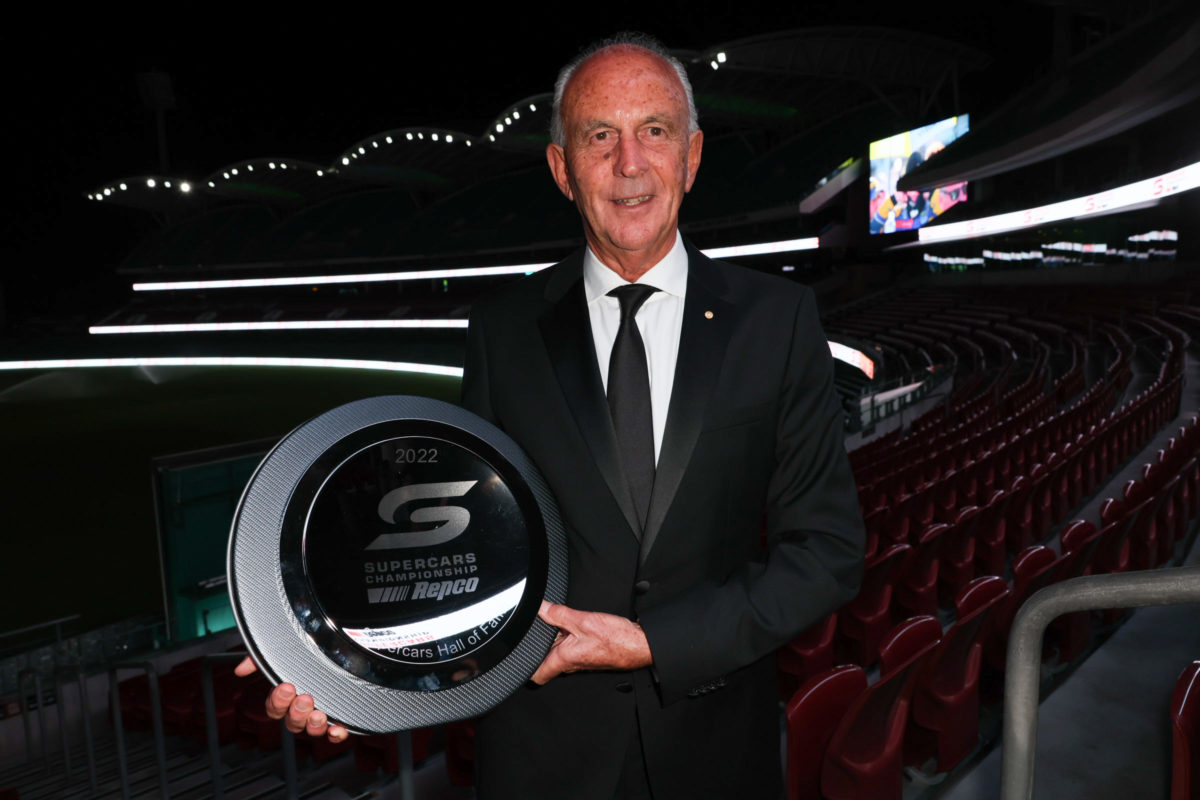 Tim Schenken has been inducted into the Supercars Hall of Fame

Former Supercars Race Director Tim Schenken has described his induction into the category’s Hall of Fame as “pretty special”.

Schenken plied his trade as a driver predominantly in Europe, achieving particular success in sportscar racing.

He then returned to Australia and continues to serve as a distinguished administrator for over 30 years now, including a long period with the Australian Touring Car Championship.

“It’s pretty special, I have to say,” remarked Schenken from the Supercars Gala Awards dinner at the Adelaide Oval.

“I started with the Australian Touring Car Championship in 1987, so I’m still here, and still standing.

“There’s so many people I know here, it’s quite emotional, but I do have to thank the Supercars Board.

“I also want to thank Shane Howard because Shane orchestrated, managed, and got the Bathurst Race Control named after me.

“I’ve done a few laps and when you look at the great circuits in the world – Nurburgring, Spa, Bathurst – they’re all circuits where teams, manufacturers, and drivers want to win.

“So, it’s one of the iconic circuits and still basically unchanged from when it started, so thank you Shane, that was very special.”

The Sydney native won the 1964 Australian Hillclimb Championship before making what was then a five-week journey by ship to England to pursue his international ambitions.

He debuted in Formula 1 in 1970 but was largely hampered by poor equipment, making 36 starts for one world championship podium.

However, to this day Schenken remains Australia’s only factory Ferrari driver, winning the 1972 World Championship of Makes in the famous Italian marque’s 312P sportscar.

Returning to Australia in 1984, he has become a highly respected figure in the wider motorsport industry.

Schenken has served as a Clerk of Course for every Australian Grand Prix, initially as deputy and then outright since 1988, and became widely known as the Australian Touring Car/Repco Supercars Championship’s Race Director since 1987.

He made the call to retire from the latter post in 2021, at which point Mount Panorama’s Race Control room was renamed in his honour, but remains an FIA Platinum track inspector.

Schenken, who also used his acceptance interview to thank wife Brigitte for her support, nominated Bathurst as the highlight of his career.

“Every race has its special feature about it, every race is a challenge, but I have to say, being involved in Bathurst [for] all those years, and the challenges that that presents, I think that’s the standout,” he explained.

The honour follows an Order of Australia medal in 2016, and induction into the Australian Motor Sport Hall of Fame in 2018.

Schenken is one of two Supercars Hall of Fame inductees this year, the other being seven-time Bathurst 1000 winner Craig Lowndes.