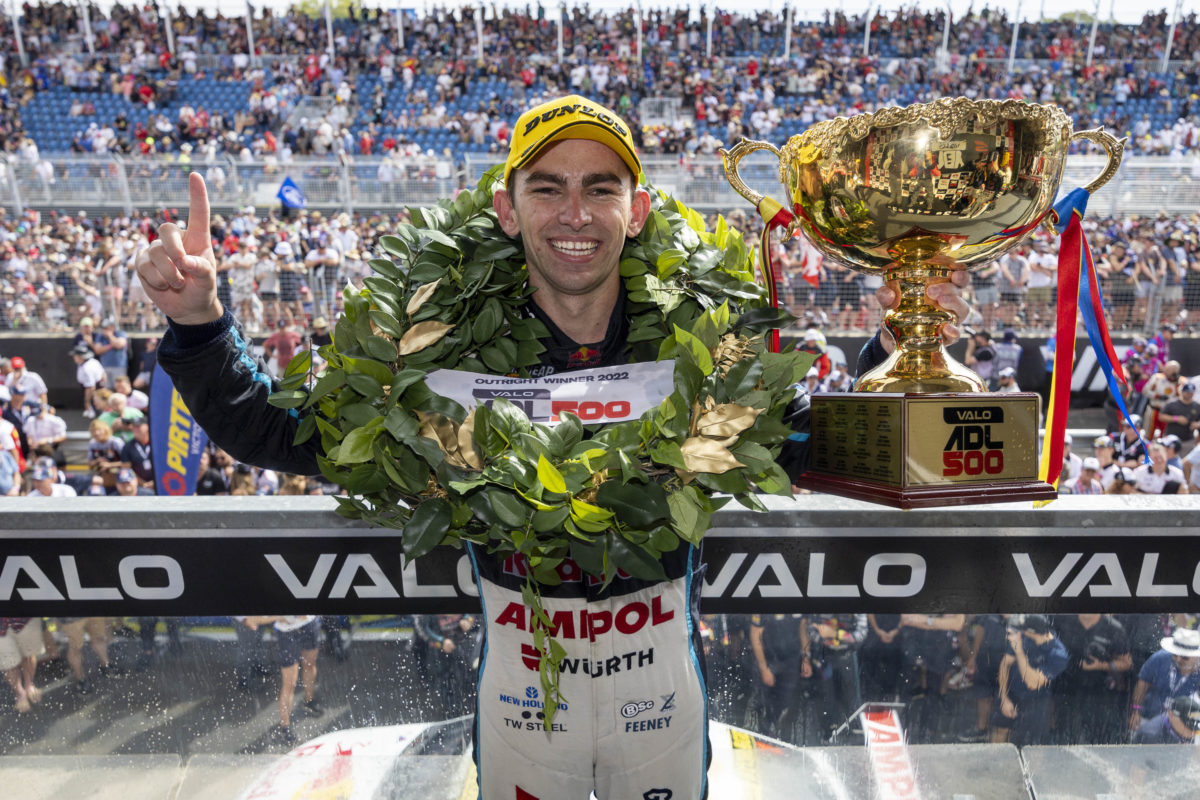 Broc Feeney is now a Repco Supercars Championship race winner, but is he a future title winner?

That is the question we put to you in this week’s Pirtek Poll, after a breakthrough performance from the 20-year-old at the Valo Adelaide 500.

Feeney qualified third for the 34th and final race of the season and, but for the first pit stop cycle, ran in the top four for the duration.

He hit the very front for the first time on Lap 24 when Will Davison ran wide at Turn 9, and would not be headed, at least on effective terms, thereafter.

While that position gain was somewhat fortuitous, the Red Bull Ampol Racing rookie was kept honest in a 30-lap green flag run home by the winner of the preceding afternoon’s race, Chaz Mostert.

Never were they much more than a second apart, but Feeney kept it together to clinch victory by 0.9643s after 78 laps around the Adelaide Parklands Circuit.

It was a performance which Roland Dane likened to the maiden Supercars Championship race win for his predecessor in Car #88, Jamie Whincup, in the Sunday race at Adelaide in 2006.

Whincup would, of course, go on to win seven championships before succeeding Dane as Triple Eight Race Engineering Team Principal this year.

The Banyo operation’s former boss said Feeney’s drive was “so reminiscent of [Whincup’s], and that was the birth of a champion there.”

So, will history repeat?

Feeney finished his first season with Triple Eight in sixth position in the championship, whereas Whincup was ‘only’ 10th in the standings at the end of the 2006 campaign.

Furthermore, Feeney was a rookie this year, whereas Whincup had two full seasons under his belt before arriving at the team.

To be fair, he drove for Garry Rogers Motorsport and Tasman Motorsport for those two seasons, and while Triple Eight had not won a Bathurst 1000 or championship before 2006, Craig Lowndes demonstrated its potential to do so in 2005.

On the other hand, ‘J-Dub’ scored two race wins in 2006 versus Lowndes’ five (including that which they shared at Mount Panorama), and it was the HSV Dealer Team’s VZ Commodores which were arguably the fastest package in the field.

Certainly, it was a more competitive season than when Shane van Gisbergen romped to a record 21 victories this year in the same team as Feeney.

Then there was also the Bathurst 1000, two events prior to Adelaide, when the tyro was benched from a wet qualifying session by Team Manager Mark Dutton, with Whincup installed in #88 instead.

But, the second-generation racer – his father Paul was a successful Superbike rider – does already have Supercars titles to his name.

He got up in his single season in Super3, in 2019, arguably the most competitive year for the third tier competition to date, and bagged the Super2 Series crown in his second attempt.

Can he win a Supercars Championship one day?