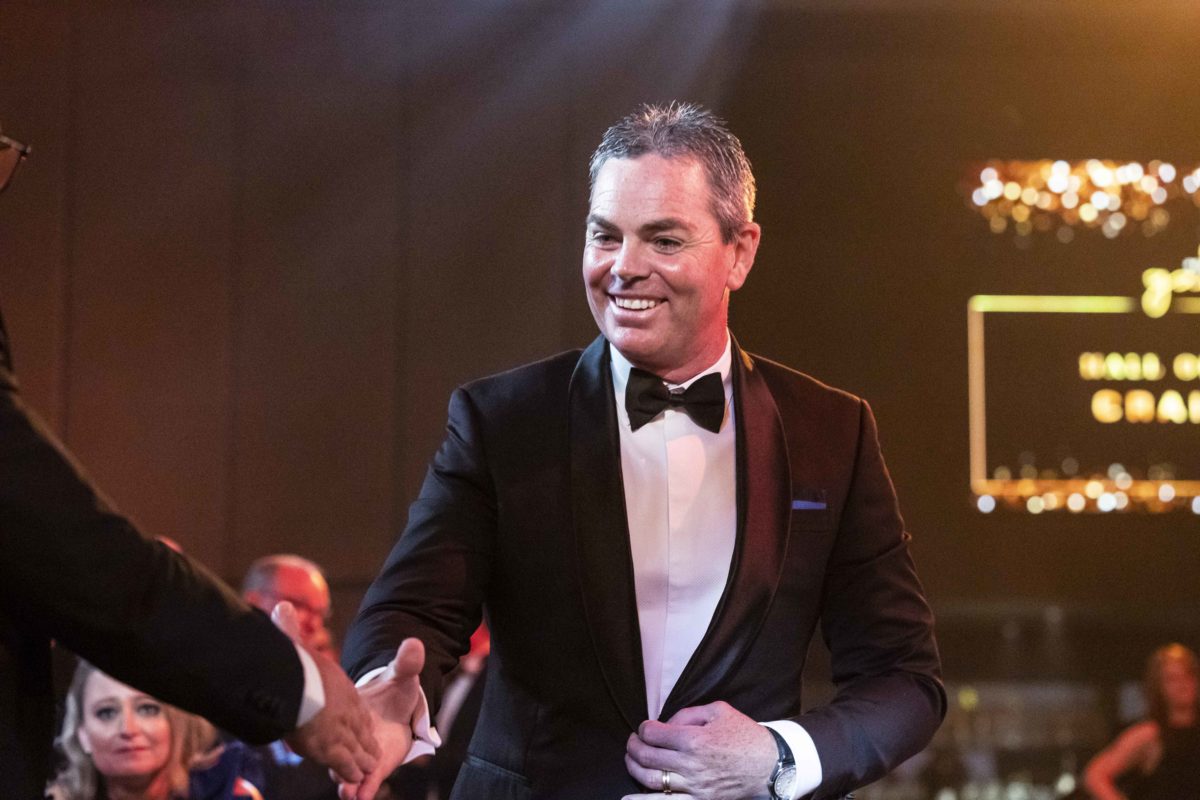 The honours have been announced at tonight’s Supercars Gala Awards at the Adelaide Oval, the first time they have been held as a post-finale function since the outbreak of COVID-19.

“I’ve been very lucky to have the career that I’ve had for such a long time, and for Supercars, it’s actually like a big family, and it really had been the journey that I’ve been on.

“I’ve also got to say thank you to Supercars because, when I started full-time driving to the end of my career in 2018, and then also to move into a media role and to continue to do what I love doing and be part of a sport that I love being involved in, it’s a little bit different.

“Instead of being selfish as a driver in a race car with your helmet and your own car, and then you go into media world and you’ve got to worry about 25 other cranky, selfish drivers.

“Then [you have got to] go in to talk to them once they’ve had either a good day or a bad day – hopefully it’s a good day; we normally send GT [Garth Tander] down into someone who’s had a bad day – but it is something that I’m very thankful to Supercars to continue being involved in the sport that I love.”

Despite retiring from full-time driving four years ago, Lowndes arguably remains one of the most popular drivers within Australian motorsport and the mainstream.

He made his Australian Touring Car debut with the Walkinshaw Holden Racing Team in the 1994 Sandown 500 because Rickard Rydell opted not to head Down Under due to his wife’s pregnancy.

Still only part-time, ‘The Kid’ qualified on pole position for both enduros in 1995 and would get a seat of his own in 1996.

It was then that he achieved the triple: victory in the Bathurst 1000, Sandown 500 (both with Greg Murphy) and ATCC.

After heading to Europe in 1997 in an unsuccessful bid to make it in Formula 1, he returned home on a permanent basis, winning two more V8 Supercars Championships (as they were known by then) with HRT.

The 1999 title came despite missing the Symmons Plains event after his spectacular rollover at Calder Park.

Lowndes made the bombshell decision to leave for the Ford camp at the end of 2000, leading to a period in the relative wilderness so far as on-track results were concerned.

While he picked up the odd win in two years at Gibson Motorsport/00 Motorsport and two at a fledgling Ford Performance Racing (now Tickford), it was certainly not the swashbuckling form that he enjoyed at HRT.

Then, Lowndes moved to another new, foreign-backed operation known as Triple Eight Race Engineering, and the rest is history.

He may not have ever won another championship, being denied in 2006 in ultra-controversial circumstances when taken out by eventual title winner Rick Kelly at the Phillip Island finale, but he did win the Bathurst 1000 six more times and hence is surpassed only by mentor Peter Brock on that metric.

Some of those Great Race triumphs are among the most fondly remember in Bathurst 1000 history, including the emotional win just weeks after the death of Brock in 2006, and the three-peat which he completed with Jamie Whincup in 2008.

Lowndes’ 14 Bathurst 1000 podiums are a record, and he was the first driver to 100 championship race wins.

Whincup would enjoy the upper hand for most of their time together at Banyo but, through the Holden-to-Ford switch which rocked Australian motorsport, then returning to the Lion camp when Triple Eight itself made the jump in 2010, and those patchy years with Gibson and FPR, his popularity with the fans has hardly waned.

“I’ve tried to give back,” ‘CL’ added during his acceptance interview.

“That was one of the things that I did learn in the early days, to give the fans and interact with the fans, and the fans are the backbone of motor racing, and that’s what I’ve always been involved in.

“So, to be part of the club of the inductees into the Hall of Fame is really special.”

When Lowndes announced his retirement from full-time driving in 2018, it was headline news around the country.

He has continued as an enduro driver for Triple Eight since then, although in the Supercheap Auto-backed wildcard entry this year, and maintains a presence in the paddock as a commentator.

‘The Kid’ is now 48, in the twilight of his driving career, but remains a drawcard for Supercars.

His is a contribution which has now been formally recognised with his induction into the championship’s Hall of Fame.