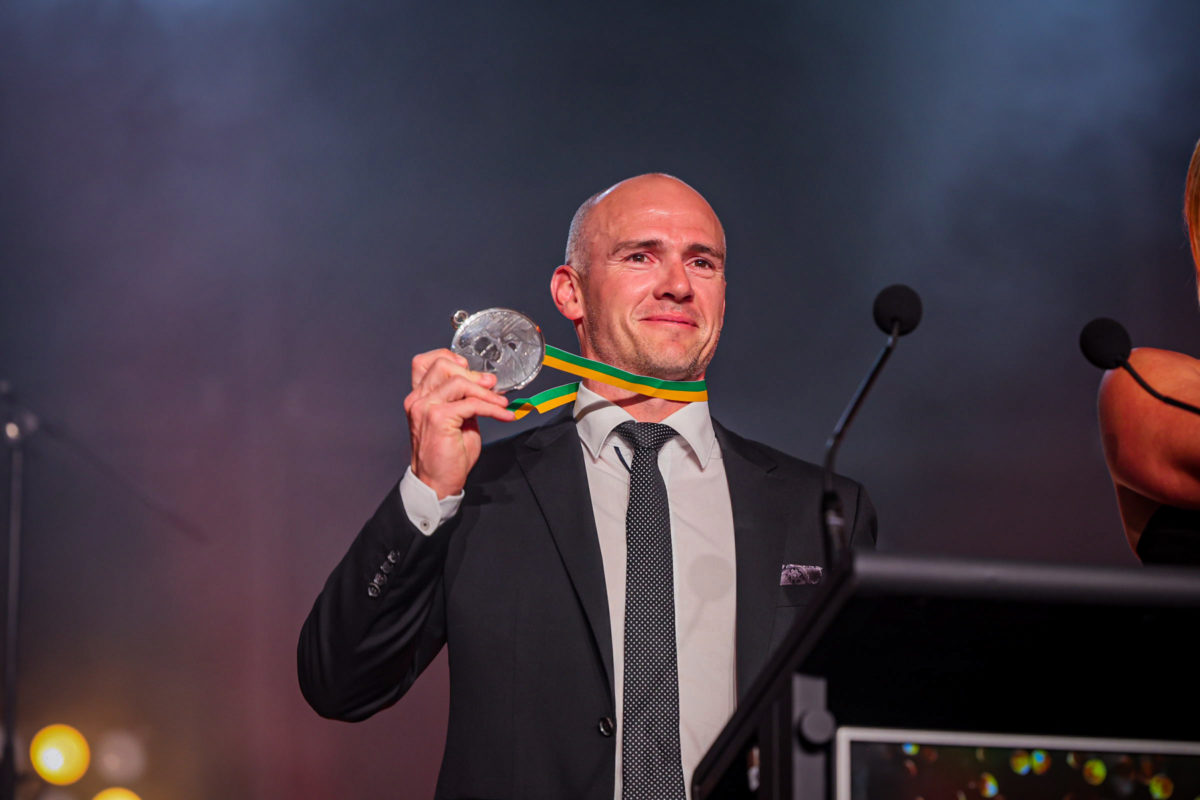 Lee Holdsworth is the 2022 Barry Sheene Medal winner for being the ‘best and fairest’ driver in Supercars.

Holdsworth was bestowed the honour at tonight’s Gala Awards at the Adelaide Oval following his 227th championship event, his last as a full-time driver.

“This is pretty special. I certainly didn’t expect this.

“I’ve had a really long career in the sport and I’ve enjoyed my time. I’ve got so many people to thank.

“To pick up the Barry Sheene award for best and fairest and all that sort of stuff is pretty incredible.

“I guess I should say thank you to Chaz [Mostert] and the Walkinshaw [Andretti United] crew for last year; Penrite Racing for this year.

“To invite me back and have my last full-time year, and finish on my own terms is pretty incredible, I’m so stoked.

“To Dave Reynolds, my team-mate, what a legend. Seriously, you’re a top bloke and he is what he is, and what you see on telly is what you get.

“We’ve had a great time this year and I’m finishing on a serious high, so thank you very much.”

But for future enduro campaigns, the Valo Adelaide 500 marked the end of a Supercars Championship career which began back in September 2004 when he drove the Rob Smith Racing Commodore in the Sandown 500.

Holdsworth was signed up as an enduro driver for Garry Rogers Motorsport in 2005, went full-time in 2006, and claimed his first race win at Oran Park in 2007.

Another followed at Sydney Olympic Park in 2010, before Holdsworth wrote himself into the history books as Erebus Motorsport’s first victor, at Winton in 2014.

However, his time at Erebus was difficult as the team tried to make its Mercedes E63 AMG hardware consistently competitive, and then a rocky period at Team 18 followed.

He found a new home at Tickford Racing in 2019 but was squeezed out of the team at the end of 2020 and landed at Walkinshaw Andretti United as Chaz Mostert’s Great Race co-driver.

Together, they would dominate the 2021 Repco Bathurst 1000, even with a mid-race tyre failure along the way, and Holdsworth can now count himself as a winner of the Mount Panorama endurance classic.

‘Leethal’ returned to full-time competition with Grove Racing this year, announcing his retirement ahead of the Sandown event in August.

He will be replaced by Matt Payne, who tonight picked up the Mike Kable Young Gun Award for his exploits in the Dunlop Super2 Series this year.