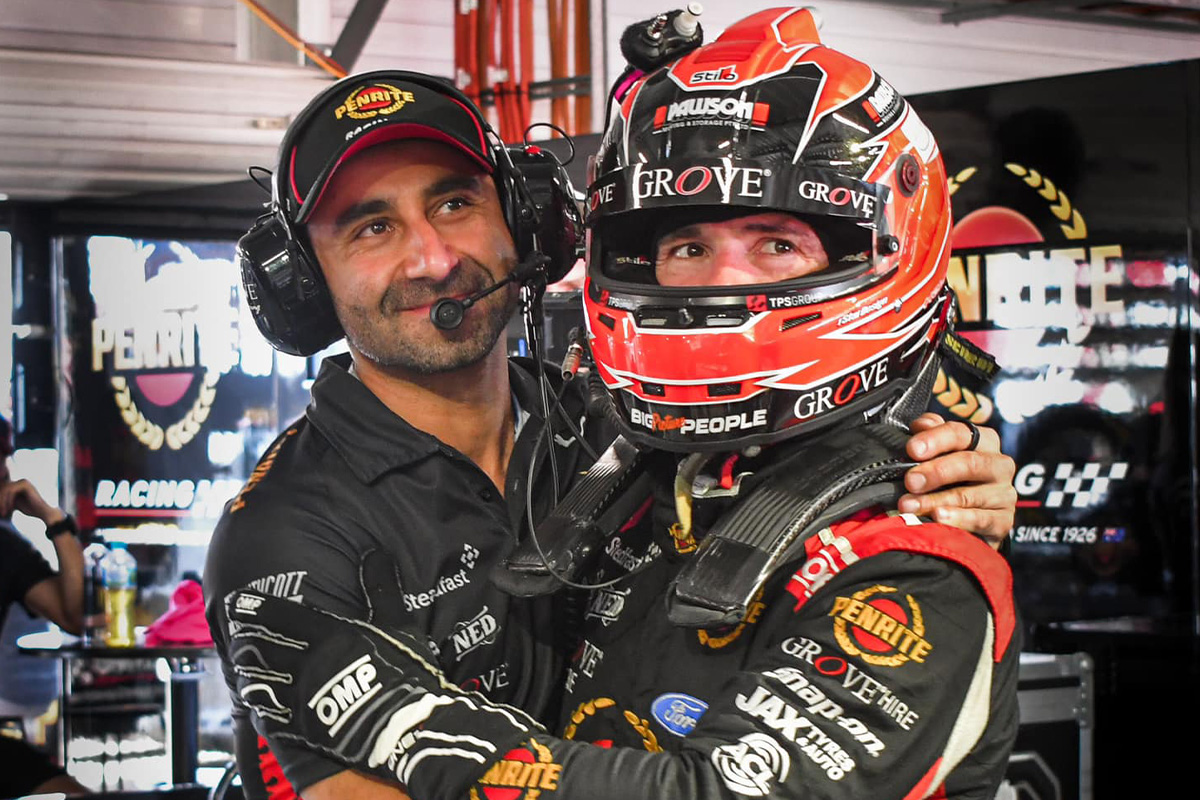 Penrite Racing went into the Valo Adelaide 500 season finale with a mere 67-point advantage over Erebus.

Holdsworth finished Race 34 in ninth to help the Braeside outfit secure fifth in the 2022 teams’ standings by just 10 points.

The 39-year-old was under pressure from Shane van Gisbergen in the closing stages, having lost radio communication earlier in the race.

While he slipped from seventh to ninth at the flag, having started 22nd, it was enough for a parting gift to Grove Racing.

“It’s not a bad way to finish,” said Holdsworth.

“We fought our way through; I had a really good race car, not so great qualifying car all year, but we fought through, did our best and we beat Erebus in the championship which is great.

“That was our main aim for this weekend.

“Pretty cool to finish off in ninth; I wanted to hold Shane there for the last lap but got in the junk and went straight ahead.

“You’re always disappointed; I was seventh on the last lap and came ninth so I was a little bit disappointed about that.

“Haven’t got to do that in a while so I hope the crowd enjoyed it.

“I saw my mates hanging off the fence there around Turn 11 and it’s a pretty cool inspiration to have everyone here.”

Having recently clicked over 500 race starts in the category, Holdsworth, who won the 2021 Bathurst 1000 as a co-driver to Chaz Mostert, says he will be back on the grid in a co-driving capacity next year.

“Thanks to everyone in the team for their work this year and to the Grove family for giving me the chance to go out on my own terms as a full-time driver,” he added.

“I’ll be back for the endurance races next year and I’m looking forward to the next challenge in life and enjoying time with my family.”

His Grove Racing team-mate, David Reynolds, finished 15th, after Reynolds and Brodie Kostecki were victims when Will Davison outbraked himself trying to defend from the latter.

“I was having a good run and just got taken out by Brodie Kostecki and Davison behind me,” said Reynolds.

“It was a treacherous day for me, but Lee did an awesome job in his last-ever race so I’m happy for him.

“We achieved our goal as a team to get fifth so I’m happy that we can take that home after this weekend.”

Grove Racing junior Matt Payne will step into Holdsworth’s seat next year, with it recently confirmed the Kiwi will drive the #19.