Feeney off to Red Bull training camp in Austria

Feeney off to Red Bull training camp in Austria 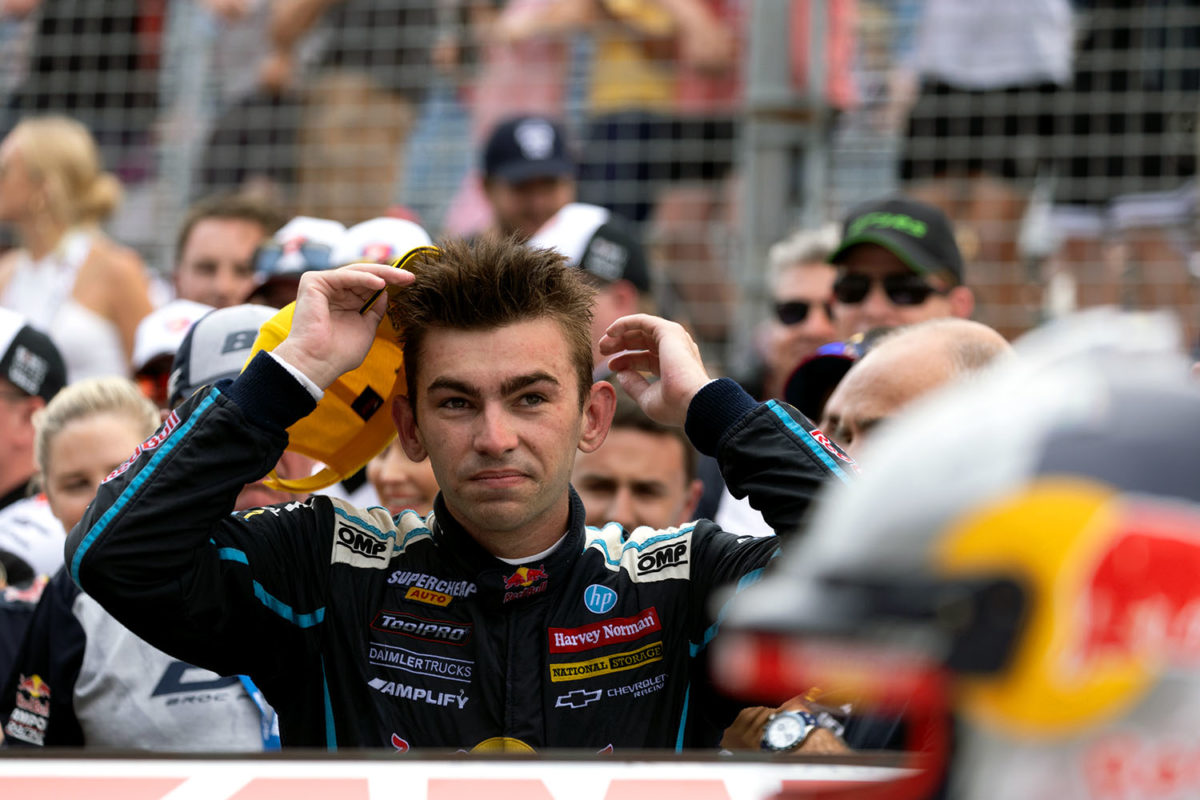 The Repco Supercars Championship’s newest race winner, Broc Feeney, has revealed he is off to a training camp in Austria next week.

Feeney became a rookie-season winner when he beat Chaz Mostert to the chequered flag in the 34th and final race of the season, at the Valo Adelaide 500.

He was back at the Adelaide Parklands Circuit earlier today for a post-event media call with championship-winning Triple Eight Race Engineering team-mate Shane van Gisbergen, and it was there that he was asked about his plans for the next few days.

“Back to the Gold Coast [on] Tuesday, and then I believe I’m going to Austria to go to Red Bull to go to a training camp next week,” said the 20-year-old.

“So, I’ll have a few days off this week, and then back into training, and then try and have a few weeks off over Christmas.”

Red Bull is one of Triple Eight’s co-naming rights sponsors, but that was not the only beverage which Feeney consumed in Adelaide.

He said post-race that he had not had a drink all year, but let his hair down somewhat after the breakthrough victory.

“We went out last night, we had a team celebration,” recounted the 2021 Super2 Series winner.

“I behaved myself all year so I thought I’d have a couple of drinks last night, so it was good fun.

“Nah, it’s good, it’s off-season now. It feels weird, I’m still obviously all in the zone and I’ve still got my racing brain on, but it’s time to switch off now and enjoy a few weeks off.”

The biggest moment of my life ❤️ pic.twitter.com/nhxHHCPior

Feeney says he is still trying to get his head around the fact that he is now a Supercars Championship race winner, and indeed the very last to do so in a Holden at the top level of Australian motorsport.

“None of this has really sunk in, to be honest,” he remarked.

“I was just looking over at the trophy over there before and I haven’t realised what we’ve achieved yet.

“It’s a massive achievement and to do it as Holden’s final ever winner, I’m sure it will sink in over the next few days.”

Meanwhile, Adelaide 500 organisers have announced that Robbie Williams will be the headline of next year’s Sunday concert act, on November 26.