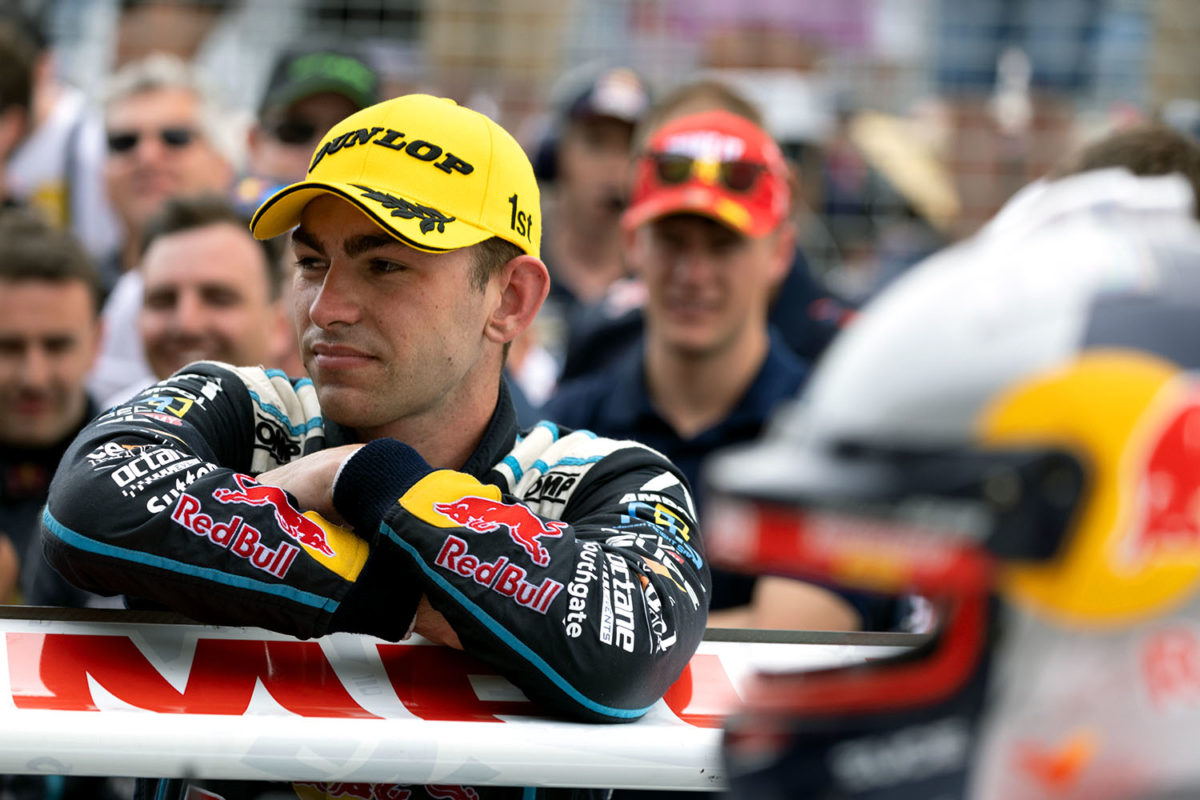 Broc Feeney is hopeful he can challenge for the 2023 Repco Supercars Championship title after scoring his first race win in the 2022 season finale.

The Red Bull Ampol Racing driver qualified third for Race 34 at the Valo Adelaide 500 and was in the mix throughout, hitting the very front of the field on Lap 24 when Will Davison ran wide.

Feeney led all but one of the 54 laps which followed, when Lee Holdsworth initially stayed out during a Safety Car period, to prevail by less than a second over Chaz Mostert.

The victory helped him secure sixth in the championship in his rookie season, the last before Supercars’ Gen3 era begins.

Asked if he can be a genuine contender for the title next year, Feeney replied, “I’d like to hope so, but it’s small steps at a time.

“But, no one knows what’s going to happen next year yet; I mean, we go to Gen3 and it’s a big reset for everyone.

“So, I’m sure we’re all hoping that we can challenge next year but maybe it’s someone we’re not even thinking about, so we’ll wait and see.

“It’s certainly a good way to end the year, though, and I’ve got the experience of leading a race now, and got the first win emotions out of the way.”

Feeney got his first podium in just his second event as a full-time Supercars Championship driver when he finished second to team-mate and eventual title winner Shane van Gisbergen at Symmons Plains.

He had to wait until Event 9 at Sandown to get another, before the win at the Adelaide Parklands Circuit made for three times on the dais in 2022.

“I think the second half has been better than the first half,” said the 20-year-old of his season.

“We’ve been more competitive, a lot closer to the front, and probably more consistently in that top six, seven, so I felt like the pace has been there.

“Just had that early podium in Tassie, which probably got everyone’s hopes up.

“But no, I think we’ve been pretty strong from probably Tailem Bend [Event 8] onwards; we’ve been in the mix.

“Gold Coast was a tough one; [after Race 33 in Adelaide], I came out and said it was my worst race because I ended up in the fence twice and made a lot of mistakes.

“But, I knew if I didn’t make mistakes today [Race 34], we had a fast car, and I qualified reasonably well and then did a good lap in the Shootout and it just sort of all fell into place.

“So, I think all the stars aligned, but it’s good to get the first win and the monkey off the back, and hopefully we can kickstart next year on the right foot.”

If Roland Dane’s observations are any guide, then Feeney could very well challenge for the championship in 2023.

Dane, Triple Eight Race Engineering’s Team Principal when the Queenslander was signed up, drew parallels to the first win for his predecessor in Car #88, Jamie Whincup, which also occurred on a Sunday in Adelaide.

Whincup did that in his first event for the team, in 2006, and would indeed come close to winning the championship in 2007 before picking up the first of his seven titles in 2008.