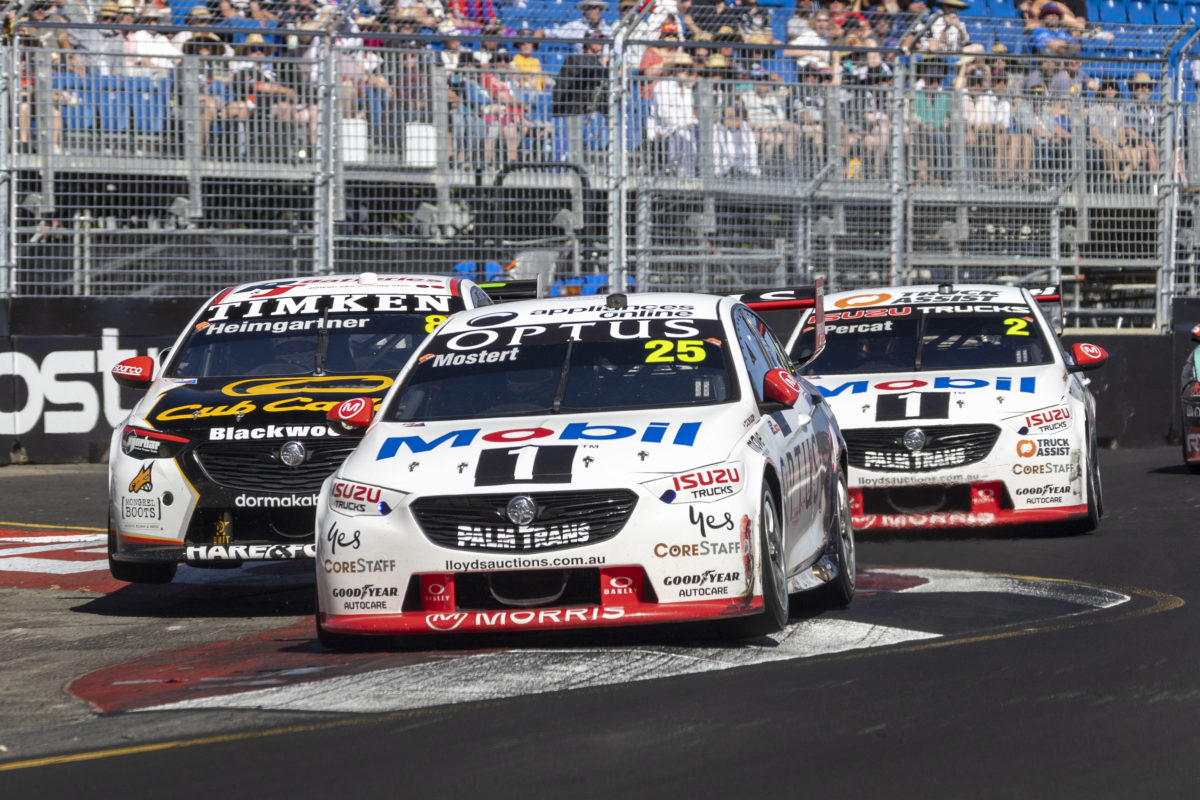 Holden’s two biggest teams will engage in a fascinating battle for final bragging rights on this, the final day for the marque in the Supercars Championship.

For 27 years, what is now Walkinshaw Andretti United was the Holden Racing Team, before the factory status was moved to Triple Eight Race Engineering in 2017.

Today is the last time either will compete in the Australian Touring Car Championship (ATCC) with the famous Lion badge on the front of their cars, given this year is the end of the Gen2 and broader Car of the Future era.

With the Holden marque retired from new car showrooms two years ago, Triple Eight will field the Chevrolet Camaro instead of the ZB Commodore when the Gen3 era begins in 2023.

An even bigger change is in store for WAU, which will become a Ford-supported team and race Mustangs.

Triple Eight, of course, also has history jumping the brand divide, having inherited a Ford squad when it arrived in the championship through the acquisition of Briggs Motor Sport in mid-2003 before exchanging Falcons for Commodores in 2010. Since that time, it has won 189 championship races for Holden, becoming the Australian marque’s dominant force.

That was a mantle once enjoyed by the ‘original’ HRT (notwithstanding a brief period at the end of the 1980s when the operation was contracted to Perkins Engineering), which was all-conquering in the mid-to-late-1990s and early-2000s.

It is harking back to that history this weekend, with its cars adorned in a black-and-white livery reminiscent of that with which it took its first Bathurst 1000 victory, in 1990.

Said livery is a race winner once more, given Chaz Mostert led Nick Percat to the chequered flag in a one-two in Race 33 of the 2022 Supercars Championship at the Valo Adelaide 500.

The result was the team’s 188th championship race win since its formation in 1990.

That is, Triple Eight now leads WAU on the metric of championship race wins for Holden by just one, with one last ATCC race to come in history for the Lion.

When that was put to co-owner Ryan Walkinshaw during his post-Race 33 television interview on Fox Sports, he shouted, “Oh, it’s on! It’s on!

For the son of the team’s late founder, Tom Walkinshaw, the win in that race was a highly emotional one for several reasons.

That was a very special day. To all the @holden_aus fans, thank you.

Not only is this weekend Holden’s last at the top level of Australian motorsport, and the old HRT’s last with General Motors, but fate so has it that both eras are ending at the Adelaide Parklands Circuit.

It was in the South Australian capital where James Alexander Holden establish the saddlery business, on nearby King William Street in 1856, which would evolve into the iconic car company.

It was also that city’s north, specifically in the suburb of Elizabeth, where Holden last made cars, on October 20, 2017.

WAU took its ZB Commodores to the site of the old manufacturing plant – a place where Percat’s father, both grandfathers, and a great grandfather worked – for a photo shoot for its retro livery in the lead-up to the Adelaide 500.

For Walkinshaw, the victory, in what was an altogether chaotic 78-lap encounter and after a tough year for Percat in his return to the team, felt as big as one in the Bathurst 1000.

“Well, it was pretty nerve-racking; I think there was a few of us who thought we were going to have a heart attack,” he quipped.

“We’ve all got our health monitors on and I think the highest we got was about 170 [beats per minute], so, quite nerve-racking.

“But yeah, just an incredible result. It kind of feels a bit silly saying it because Bathurst is so special, but for our team, in this place, the home of Holden, the Holden Racing Team for such a long period…

“Chaz, Nick … having the season that he’s had so far and then getting the podium with Chazzie…

“It just feels very, very special; kind of feels like winning Bathurst even though we’re not at the Mountain.” The Holden Racing Team VR Commodore which Craig Lowndes and Greg Murphy drove to victory in the Bathurst 1000 in 1996, the year in which they also won the Sandown 500 and Lowndes, the championship. Picture: AN1 Images

WAU will farewell Holden having won the Bathurst 1000 with the marque eight times, most recently in 2021.

On that metric it will forever lord over Triple Eight, which prevailed in the Great Race six times with Holdens, after doing so thrice with Fords.

Funnily enough, depending on how one chooses to count the Jaguar victory for Tom Walkinshaw Racing in 1985, it could be said that the two teams are nine apiece in the original Mount Panorama enduro, along with the Holden Dealer Team/HDT Racing (the Volvo win in the Bathurst 1000 for Super Tourers in 1998 would make 10 for TWR/WAU).

With WAU on the road to recovery in recent years, an enthralling new chapter in its rivalry with Triple Eight awaits in the Gen3 era of Supercars.

Before then, however, there is one last score to settle for the outfit lovingly known by its founder as ‘the pussy’.