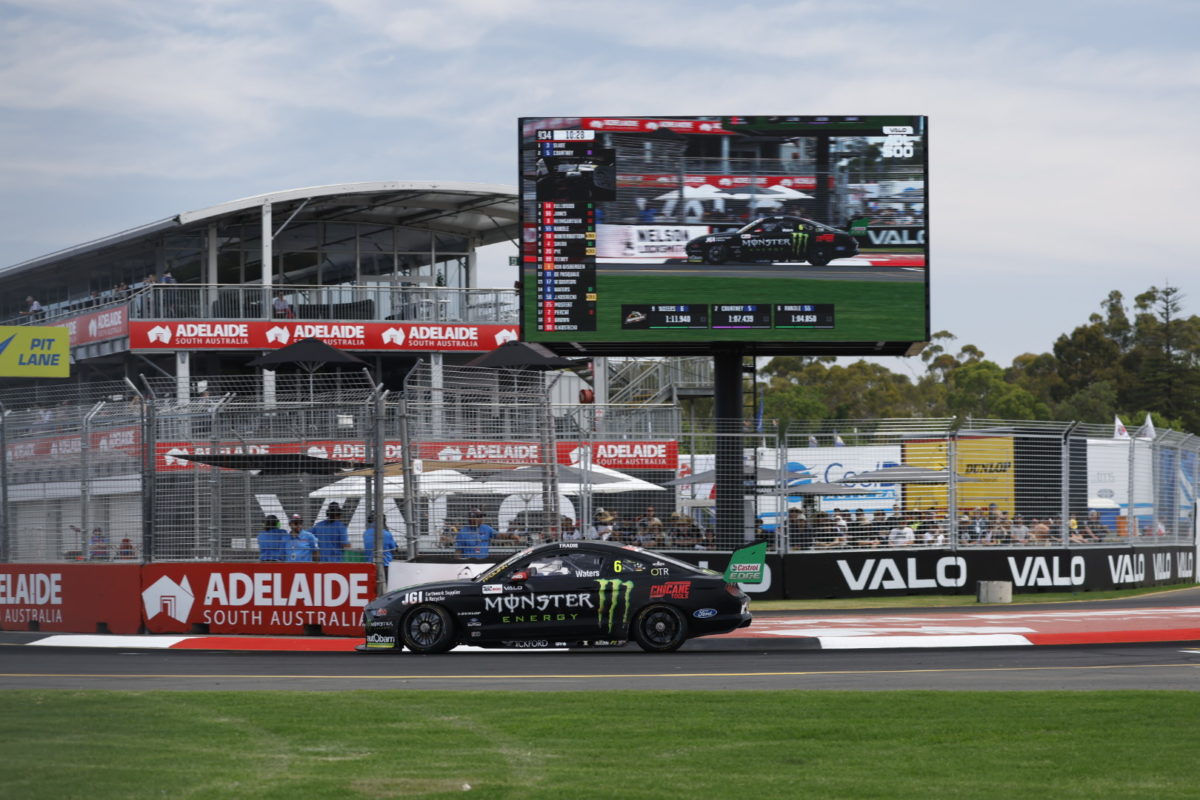 Tickford Racing’s Cameron Waters is on provisional pole position for Race 34 of the Supercars Championship, the last of the season, at the Valo Adelaide 500.

Notables to miss the Top 10 Shootout include both the other podium finishers from the afternoon prior, with James Courtney set to start 18th and Nick Percat 21st later today at the Adelaide Parklands Circuit.

It was somewhat overcast when the field rolled out for the 15-minute Sunday morning qualifying hit-out and Tim Slade (#3 CoolDrive Mustang) was quickest initially on a 1:20.1354s.

Race 33 pole-sitter Waters, who was reportedly among those to start the session on green tyres, recorded a kerb hop on his first flyer but then went top with a 1:19.6698s.

Van Gisbergen, who experienced a shocking Friday and Saturday in the South Australian capital, subsequently clocked a 1:19.3680s during his first run proper, despite a slight lock-up at the final corner.

Andre Heimgartner (#8 R&J Batteries ZB Commodore), going off-sequence again, then moved into second position with a 1:19.5305s and 1:19.4215s on consecutive laps with about five minutes to go.

The sun started to come out again as the field commenced their final runs, with Courtney (#5 Snowy River Caravans Mustang) stalking van Gisbergen around the circuit.

With less than two minutes left, Waters climbed five spots to first position with the 1:19.1s, before De Pasquale moved up six spots to second with a 1:19.1704s in the #11 Mustang.

Mostert set a 1:19.3469s in the last minute before the chequered flag, while van Gisbergen ended up fourth with no improvement on his final run.