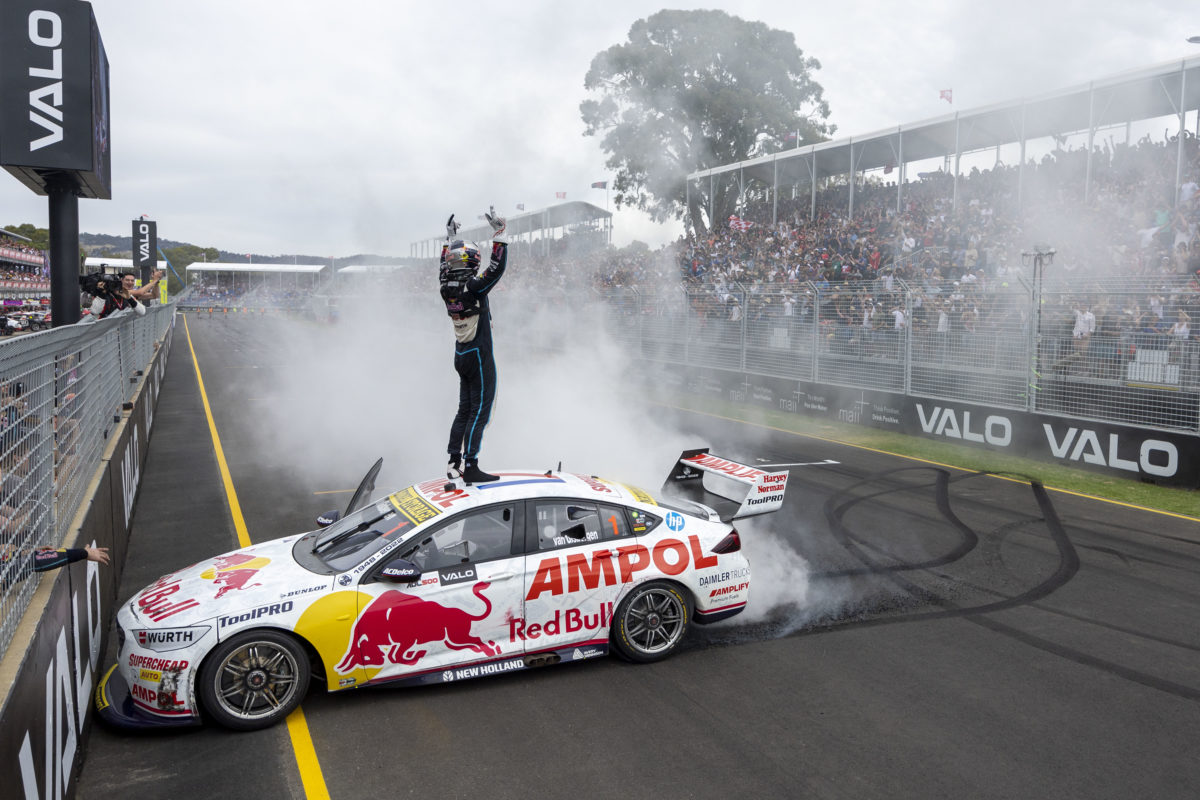 Shane van Gisbergen was aiming to emulate the burnout of 2005 champion Russell Ingall with his crowd-pleasing skid after the final race of the season at the Valo Adelaide 500.

“I just wanted to do something to beat Ingall’s skid, for that – his skid’s all-time, best-ever, so hopefully it rivalled it,” van Gisbergen enthused.

The 2022 champion, whose team-mate Broc Feeney took his first Supercars victory in the race, circled a specially-placed stand that held the championship trophy atop on the Adelaide start/finish line, smoke bellowing from the rear tyres.

He then parked the #1 Red Bull Racing Ampol ZB Commodore’s nose against the pit wall and jammed the throttle with his right race boot to keep the rear wheels spinning.

The now three-time champion then climbed onto the roof of his race car – the final Supercars race for Holden – to egg on the raucous crowd, before continuing the show while raising the championship trophy to the crowd with his driver’s door open.

“We didn’t do anything special for it – the car was as-normal; just kept spinning, it was cool,” van Gisbergen said.

He added that the elaborate celebration was a spur-of-the-moment celebration after he finished fourth in the race, and didn’t involve significant pre-planning.

“Yeah, not much,” he said when asked by Speedcafe.com.

“I just like winging stuff and going loose; I asked some friends what I should do because again, I just wanted it to beat the Ingall’s thing.

“I’ve done some good skids in my time, but I knew I wouldn’t be allowed and I’m probably not flexible enough to sit out of the car like that [Ingall’s]. So, yeah, I wanted to come up with something. I didn’t plan on too much.

“Tunners [Head of Supercars TV, David Tunnicliffe] told me to do some skids around the trophy and I didn’t really want to do that.

“I was shit-scared about hitting it; he wanted me to hit, ’cause it would be good TV, but yeah, I just wing that stuff. And whatever happens, happens.”