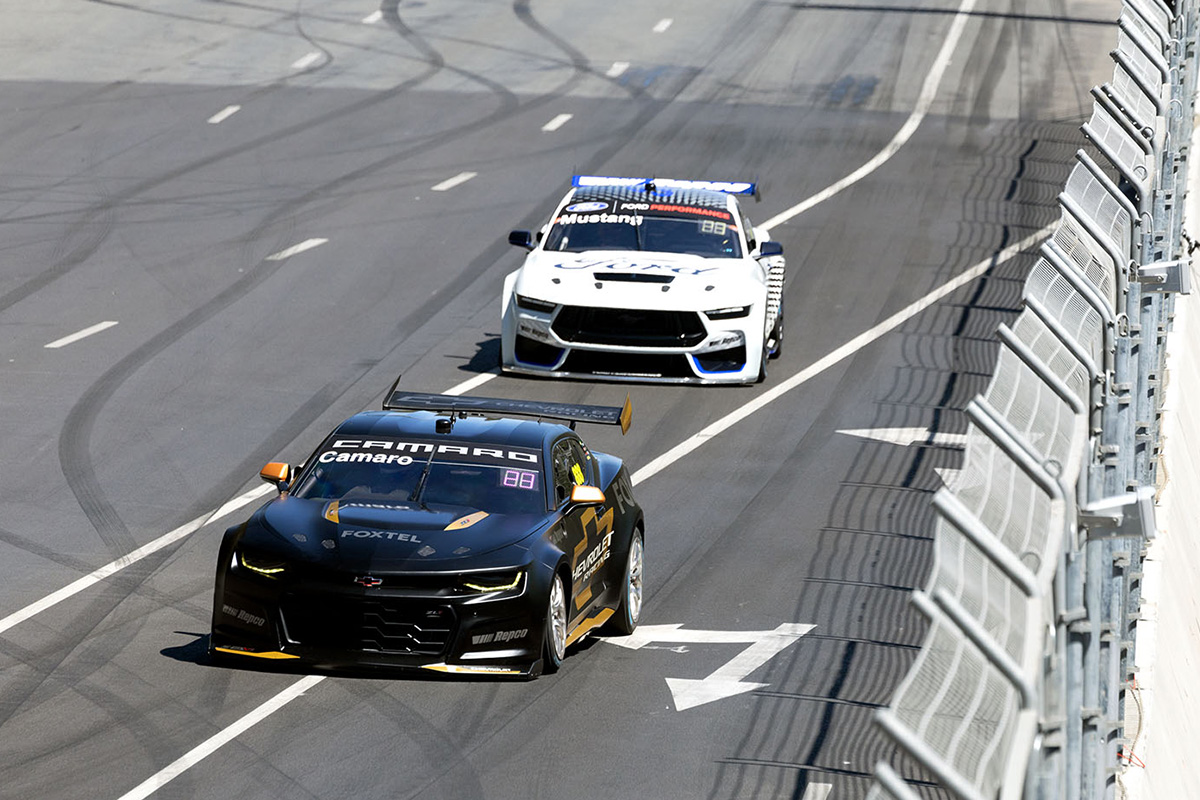 The Gen3 aero target for the 2023 Chevrolet Camaro and Ford Mustang Supercars has been met, according to Supercars.

A focus point for the introduction of the Gen3 regulations was to slash downforce.

The reduction in downforce is intended to allow cars to follow each other closely with less aero disturbance (‘aerowash’), and in theory promote overtaking to enhance the on-track action.

In March 2021, the championship stated it would be slashing two-thirds of the aero levels seen in the current Gen2 models for next year’s new breed of Supercars.

Supercars’ Head of Motorsport, Adrian Burgess, confirmed that the target had been achieved.

The Gen3 Camaro and Mustang prototypes recently undertook the latest VCAT process where data was gathered, aimed at achieving aero parity between the two rival cars.

The lack of aero will also have a less obvious benefit in reducing issues with heat soak in the pedal box, which has previously resulted in burns to drivers’ feet.

The Kiwi said that he was unwilling to commit to his long-term future in the category until he experienced Gen3 in competition.

Dick Johnson Racing Chairman, Ryan Story, told Speedcafe.com that some drivers may have a head-start for next season’s Gen3 cars based upon racing in other categories.

He singled out van Gisbergen, who has expanded his rally exploits this year, and Tickford Racing’s Cameron Waters who competes in speedway competition.

In the wake of VCAT, Supercars admitted the Gen3 homologation process is yet to be finalised after question marks were raised by Ford.

Burgess explained there are still elements of the homologation process that are outstanding, including the finalisation of engine specifications and the centre of gravity (COG).

Speaking further on that, he said: “As we finished VCAT, the cars are in the tolerances and metrics that we went there with and went there to achieve.

“As we’ve done at the last VCAT, the numbers are within the numbers that we’ll sign off on.

“We need to bring the rest of the pillars of parity into line with it so that everyone has got confidence in the whole homologation process.

“There are many things in the process, not just aero. There’s engines, COG, minimum weight, all those things.”

The Camaro and Mustang test mules are conducting demonstrations at this weekend’s Valo Adelaide 500.