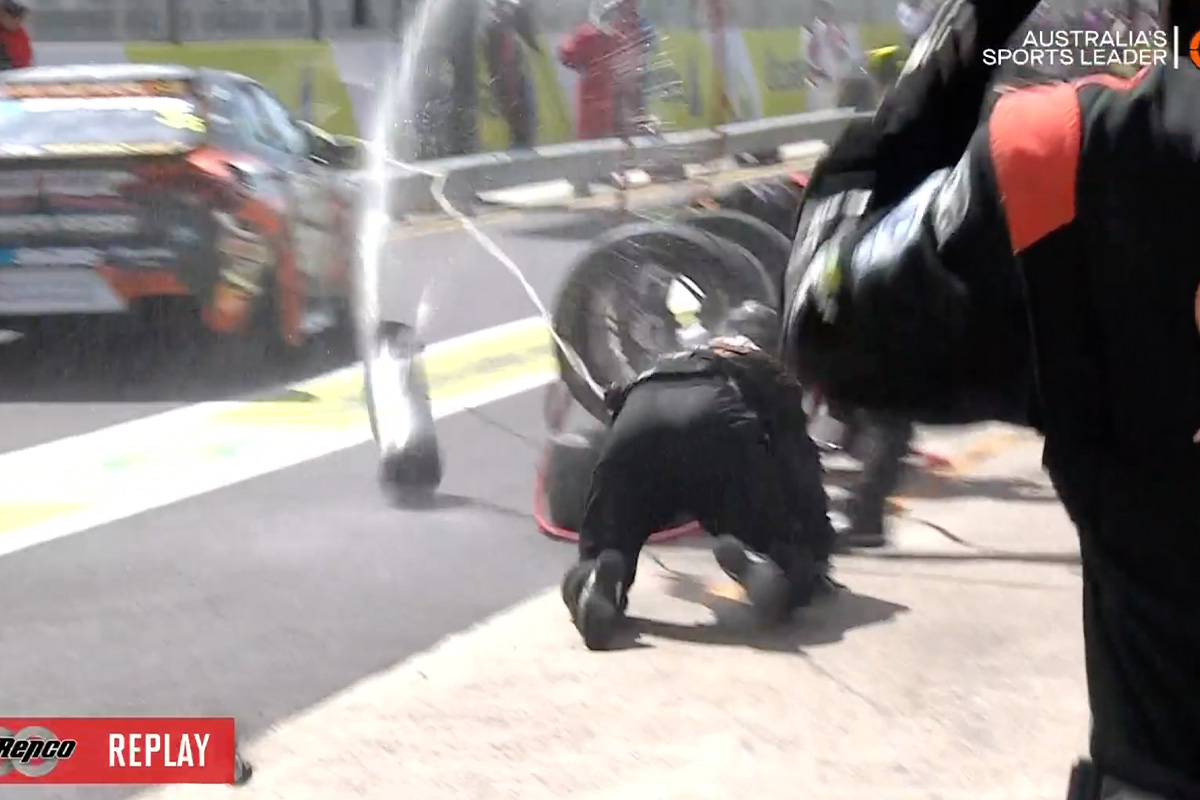 Matt Stone Racing has been fined over a frightening pit lane incident at the Valo Adelaide 500 involving one of its team members and cars.

In one of Todd Hazelwood’s stops in Race 34, the #35 Truck Assist Racing ZB Commodore was released from its bay with a water pipe still connected.

The air spike operator became entangled in the pipe and was carried behind the car toward the fast lane.

A large canister, to which that water pipe was connected, was then pulled off its mounts and became airborne, shooting above the team member’s head, before landing in the fast lane.

MSR was fined $5000 and deducted 30 Teams’ Championship points for a breach of pit lane safety protocols.

Car #35 also failed to maintain the minimum brake pressure while it was off the ground, which is to ensure the brake lock mechanism is fully engaged, and was fined a further $250.

“It was just a plastic line that stretched and then broke and a small tank, non-pressurised, fell over.

“It’s one of those unfortunate things; it’s an honest mistake.

“The spike guy spikes the car and while it’s up in the air and the tyres and fuel and everything is being done, he plugs in quickly to fill the drink up.

“Then he usually pulls that out before dropping the car; just as that pulled out it didn’t quite disengage properly and then he got tangled up in the car as it drove away.

“Perhaps one of those things on the back of a late night repairing the car we were a little bit sluggish.

“The lucky part was because that line is not high pressure, it’s only got drinking water in, so as soon as anything like that would have happened the line would just snap.” 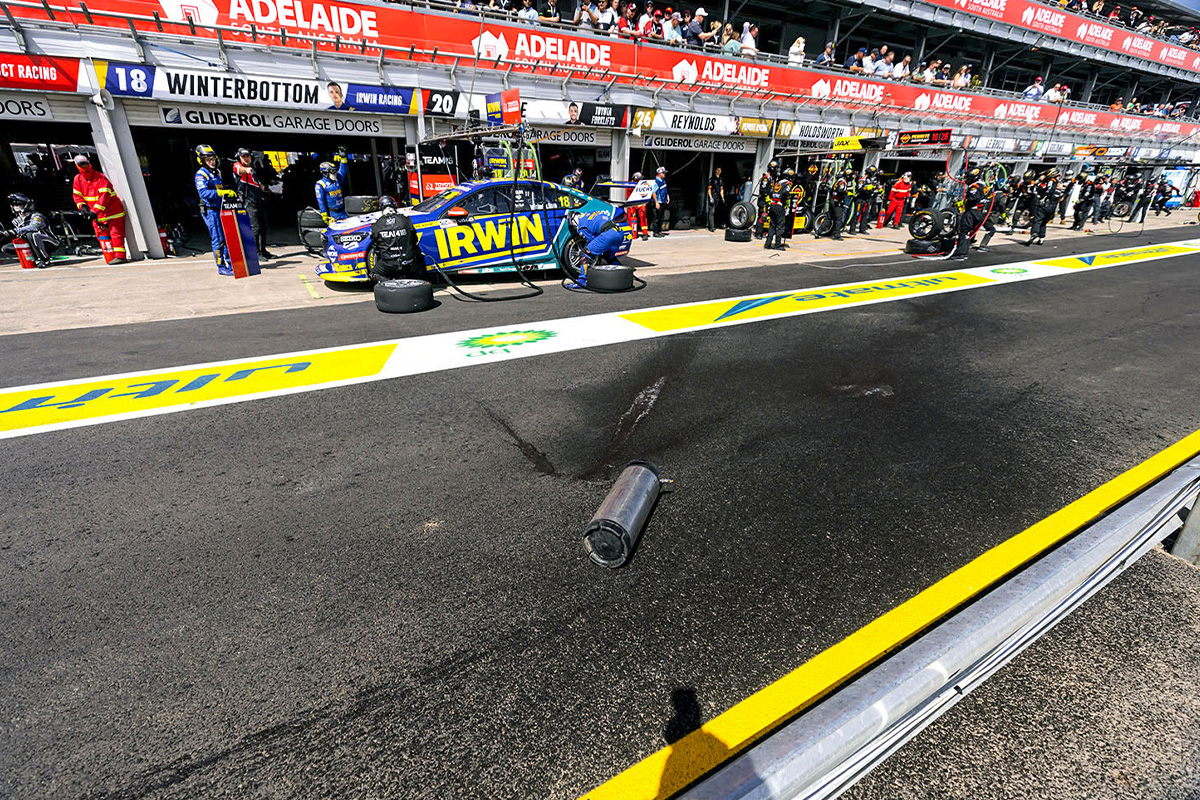 The canister in the fast lane. Picture: Ross Gibb

MSR’s sister car of Jack Le Brocq was not classified, having been seen circulating with smoke coming out of the #34 ZB Commodore.

“There was a cracked fitting on the oil pump of the engine that we thought was a seal, so we changed the seal,” explained Stone.

“But that wasn’t the cause of the problem and we were unable to fix it without doing a bit more work there, which we were not able to do in the time.”