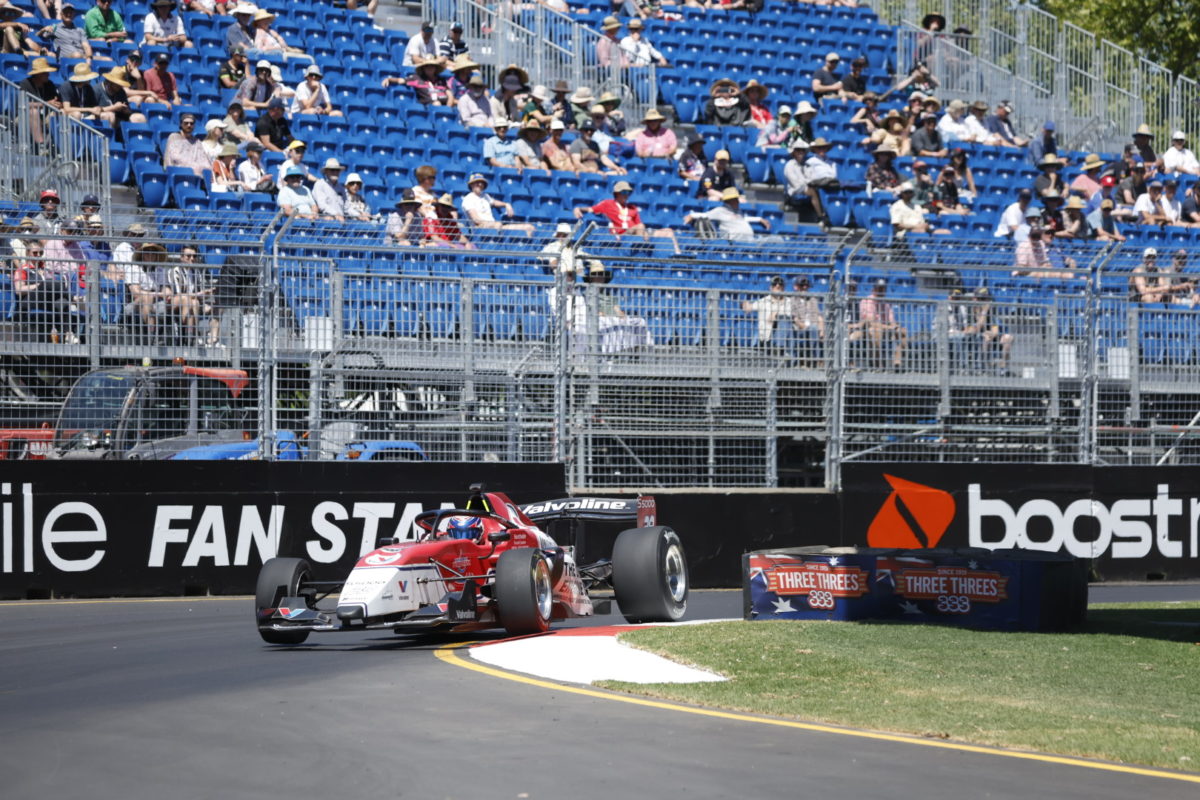 However, that is pending any post-race investigations after he collided with title rival Joey Mawson in a race won by Aaron Cameron.

Mawson and Herne needed to finish ahead of the other to seal the title, with the former starting from pole and the latter third.

At the start, Cooper Webster nosed into the lead before Mawson reclaimed top spot to head Webster, Herne, and Jordan Boys through the Senna Chicane.

Herne passed Webster for second on the opening lap at the Turn 9 hairpin, as he attempted to chase down title contender Mawson, who held a 0.491s advantage at the front of the field.

There was plenty of jostling for position in the mid-pack, with Blake Purdie passing Boys for fourth on Lap 2, with Cameron also making his way past the #49, before displacing Purdie for fourth.

The Safety Car was called on Lap 3 following contact when Herne challenged Mawson for the lead.

Herne dove down the inside approaching the Turn 9 hairpin, with Mawson covering the move.

It resulted in nose-to-tail impact before secondary contact was made between the duo. 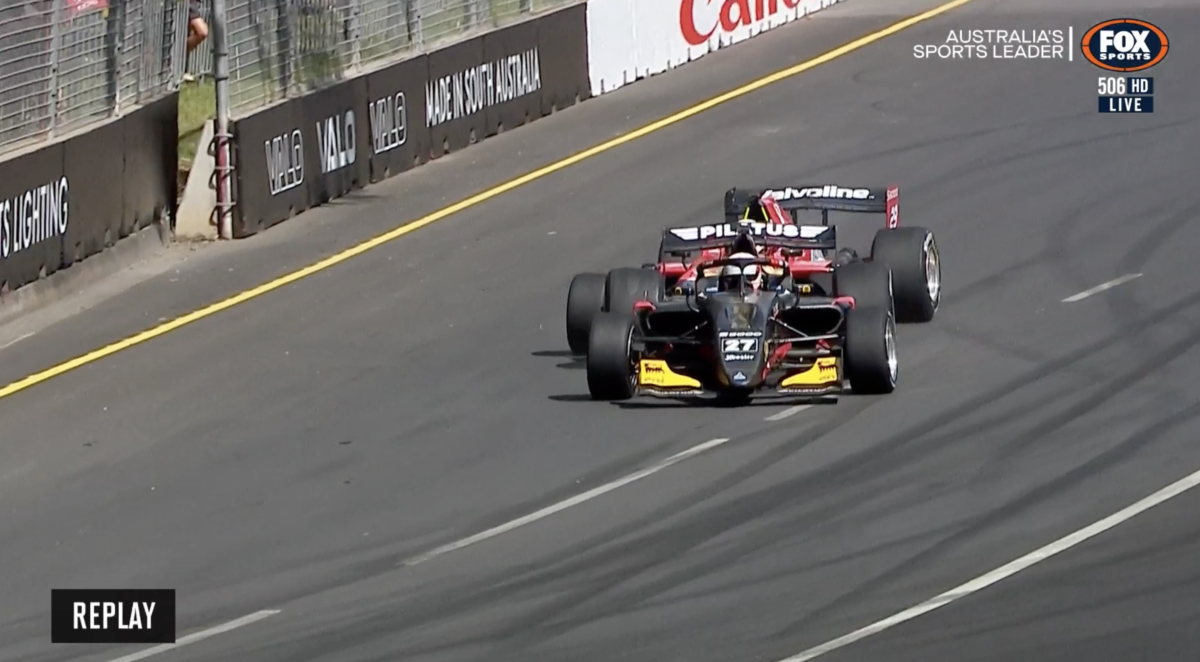 As a slow-moving Mawson attempted to make his way back to the pits and retirement, Mark Rosser went backwards into the wall at Turn 11.

The race resumed on Lap 8, with Webster leading from Cameron, Purdie, Boys, Noah Sands, and Giancarlo Fisichella after Herne dropped to the rear of the field following the Turn 9 clash.

The leading duo both used push-to-pass after the re-start, Cameron forcing Webster to defend on the run to Turn 9.

Cameron then stretched out to a lead of 1.036s at the chequered flag, with Webster and Purdie following him across the stripe.

Boys was fourth ahead of Sands in fifth while Fisichella bounced back from his DNF in Race 2, to finish sixth.

In his final full-time race, Tim Macrow finished seventh, ahead of Ben Bargwanna and Jude Bargwanna, with Sebastien Amadio rounding out the top 10.

Debutant Brad Gartner, Elly Morrow, and Herne completed the field, with Mawson and Rosser not finishing the race.