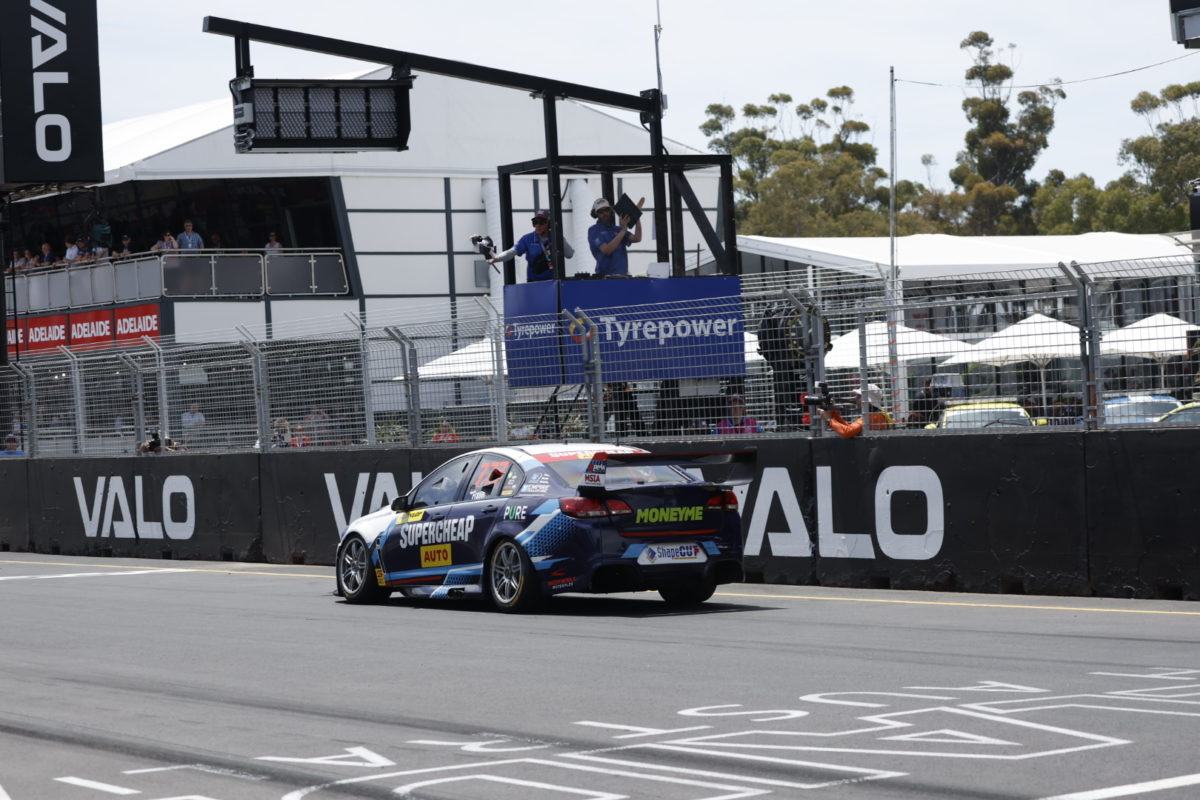 Triple Eight Race Engineering’s Declan Fraser has won the Super2 Series after taking victory in Race 2 at the Valo Adelaide 500 despite crossing the finish line in second place.

Matt Chahda took the chequered flag in first place but had a five-second penalty hanging over his head, meaning the official victory was Fraser’s given his trailed by 2.1727s at the stripe.

MW Motorsport’s Thomas Maxwell finished 4.8873s behind Chahda on the road but the latter was officially classified second given the former had incurred an even bigger time penalty for a Safety Car restart infringement.

For now, it is Tickford Racing’s Zak Best who is third on the day, and remains second in the series standings after the sixth and final round, although he could yet also be penalised over the aforementioned restart.

Best had made nose-to-tail contact with Fraser as they rounded the final corner of the Adelaide Parklands Circuit to take the green flag for what would be a two-lap dash to the chequers in a time-certain finish.

Grove Racing’s Matt Payne finished the race in fourth after the penalties which have been applied so far, from MWM’s Tyler Everingham, Matt Stone Racing’s Ryal Harris, and Image Racing’s Jaylyn Robotham.

Anderson Motorsport’s Brad Vaughan is the Super3 Series winner after he finished 11th outright but first in class while pre-race points leader Kai Allen crashed out.

Fraser had qualified on pole position and led the field away, while Chahda (#18 Matt Chahda Motorsport FGX Falcon) made a very good launch from the second row and cleared Best (#78 FGX Falcon) to take second place as they turned into Senna Chicane.

Chahda then rubbed the rear of the #777 VF Commodore under brakes at the end of Wakefield Street which caused Fraser to run wide, and the Albury privateer took the lead.

He pulled almost nine tenths clear on the standing lap, and was half a second to the good when a Safety Car was called on Lap 2 due to Eggleston Motorsport’s Allen crashing out when he hit the wall at the Turn 8 sweeper.

As the battered #26 VE Commodore sat at the Turn 9 run-off area, Vaughan (#5 FG Falcon) assumed the 14th outright and first in the class which Allen had held, not only on the road, but in the live series standings.

Under Safety Car, Best ran third despite a solid hit of the Turn 7 exit wall moments earlier, from Payne (#10 Nissan Altima), Maxwell (#3 Nissan Altima), and Cameron Hill (#111 Triple Eight VF Commodore), who lost out when he got hung wide through the ‘Staircase’ on the opening lap.

The race restarted on Lap 7, just before stewards advised that Chahda had been given a five-second time penalty for a driving infringement.

Making matters worse for him, the field was compressed again on the following lap when Hill also crashed at Turn 8, triggering another Safety Car, having not long relieved Maxwell of fifth position.

Everingham (#27 Nissan Altima) had also passed his team-mate Maxwell to inherit fifth due to Hill’s mishap, while Vaughan was still leading the Super3 class in 13th outright.

As the field took the second restart, at the end of Lap 12, Best made contact with Fraser at Turn 14, causing Car #777 to run wide again and bottling up the pack.

Maxwell jumped to fourth position in the mess, but it seems that he had made at least one of those passes before he reached the control line, and hence the 15-second penalty which he would receive.

Best appeared to struggle with front-end damage and had a sizeable lock-up at Turn 9, then there was contact between him and Maxwell at Turn 14 which allowed the latter to get past as they sped towards Senna Chicane for what would be the 14th and final lap of a scheduled 19.

Chahda set the fastest lap of the race on Lap 14 and while it was not enough to hold onto the official win, it did ensure that he managed to finish second.

Fraser started the race 105 points up on Best and will end the season 126 points to the good, pending any further penalties.

Towards the back end of the top 10, Brad Jones Racing’s Lochie Dalton (#8 VF Commodore) was classified eighth in Race 2 of his debut weekend in a Supercar, from Cameron Crick (#38 Eggleston VF Commodore), and Nash Morris (#67 Flash Bush Motorsports FGX Falcon).

Aaron Seton (#30 MSR VF Commodore) ended up 15th outright and 12th in Super2 on the day after he spun in the pack early on, presumably due to a tag from a rival.