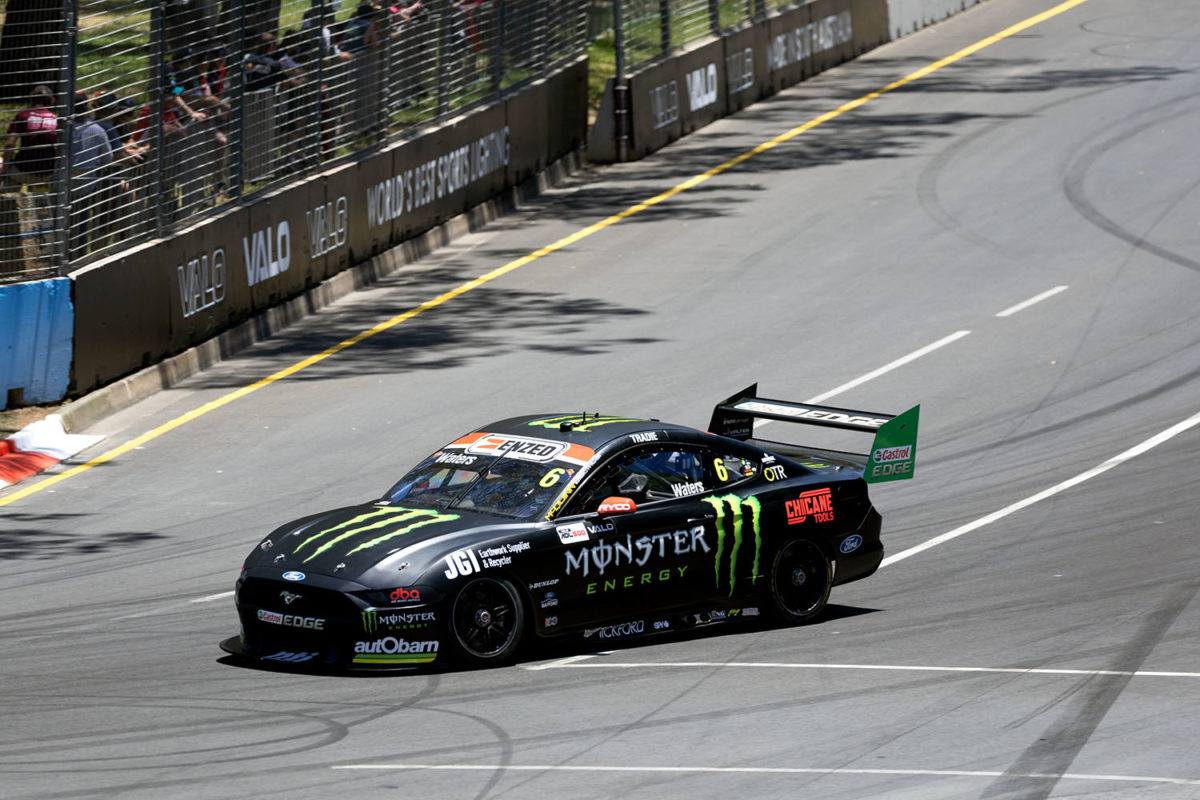 Tickford Racing’s Cameron Waters has jumped from a provisional fifth to pole position in the Top 10 Shootout for Race 33 of the Supercars Championship at the Valo Adelaide 500.

The #6 Monster Energy Mustang is set to share the front row for this afternoon’s 78-lapper with the #20 Toyota Forklifts ZB Commodore of Scott Pye, while provisional pole-sitter Chaz Mostert slumped to eighth-fastest of the nine drivers who took part in the one-lap dash.

Waters just brushed the tyre wall between Turns 6 and 7 but it was nevertheless a very tidy lap from the Mildura boy as he clocked a 1:19.3716s which looked difficult to beat.

Indeed, Car #6 was still on top when Anton De Pasquale, who was one of the favourites based on his red flag-disrupted flyer in Practice 3, was second-last onto the race track.

That left just Mostert to come in the #25 Mobil 1 Optus ZB Commodore and while there were no obvious mistakes on his lap, it was a sluggish 1:20.0129s tour of the Adelaide Parklands Circuit which saw him drop to eight on the starting grid.

James Courtney (#5 Snowy River Caravans Mustang) had a nervous rear-end moment at Turn 14 on his way to a 1:19.8587s which was good enough for fifth on the grid, while Andre Heimgartner (#8 R&J Batteries ZB Commodore) used new tyres on the rear only as he took sixth with a 1:19.9022s.

James Golding (#31 Subway ZB Commodore) claimed seventh with a 1:19.9259s, meaning he will share Row 4 of the starting grid with Mostert.

Only nine cars in fact went out onto the race track for the Top 10 Shootout.

Thomas Randle had crashed heavily at Turn 8 in Practice 3, just over an hour earlier, leaving Tickford Racing in a race against time to fix the #55 Castrol Mustang.

It was still getting taken off its stands as the session officially started when it in fact needed to be at pit exit for Randle to take part, and hence Matt Stone Racing’s Todd Hazelwood instead was first out in the session.