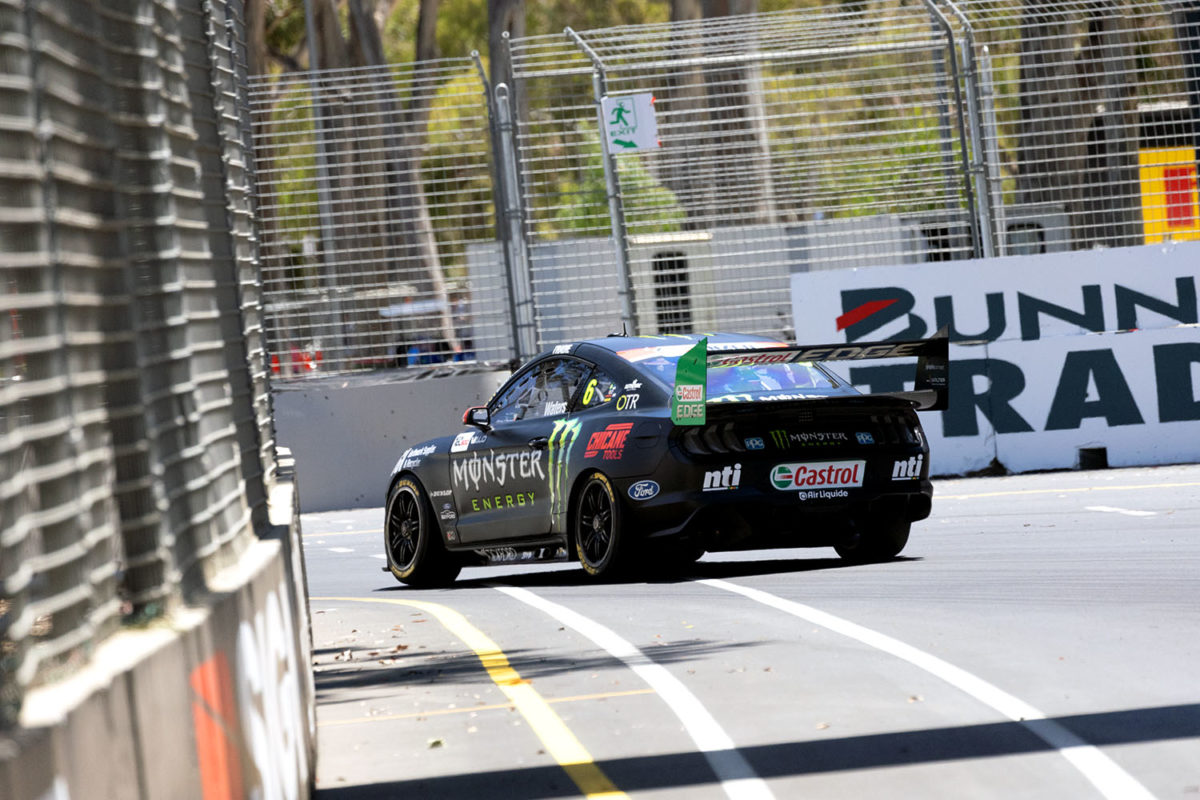 Cameron Waters believes he did not deserve the drive-through penalty which cruelled his hopes of victory in Race 33 of the Supercars Championship at the Valo Adelaide 500.

The Tickford Racing driver qualified on pole position and officially led 33 of the first 37 laps, but was effectively ahead for all of them, before n unfortunately timed Safety Car period set him back on strategy.

However, despite an earlier thump of the barriers at Turn 11, Waters’ pace was good, and he was the official leader again when he cleared an off-sequence Lee Holdsworth on Lap 48.

A second safety car period gave him the chance to take on the rest of the fuel he needed to make the mandatory 140-litre fill and reach the finish of the 78-lapper.

The #6 Monster Energy Mustang emerged only seventh for the Lap 52 restart, with everyone ready for a sprint home, and Waters was clearly eager to make up ground quickly.

He lunged Macauley Jones at Turn 4 on that restart lap but ran wide, then made contact with Todd Hazelwood at the next corner which turned the #35 Truck Assist ZB Commodore around before it was hit by Will Brown (#9 Boost Mobile ZB Commodore).

Waters would press on in ninth until he was issued a pit lane penalty for a driving infringement just after the ensuring Safety Car period ended, dropping as low as 18th before finishing 13th.

“It started good, got a good start, led half the race, the car was an absolute jet,” he recounted.

“Obviously, the strategy stuff happened, we just got that Safety Car in a two-lap window we didn’t want it, which hurt us.

“The car was super-speedy so I wasn’t too fazed by that point, but obviously lunged Macauley and then I think it was a Truck Assist car that decided to turn in for what, and left me no room.

“So, I got a drive-through for something I don’t think I deserved.”

In something of a consolation for Tickford, James Courtney finished on the podium, third in the #5 Snowy River Caravans Mustang.

“A Pit Lane Drive Through Penalty for Car 6, Cam Waters, for Careless Driving after Car 6 made contact with Car 35, Todd Hazelwood, at Turn 5 causing Car 35 to collide with the wall at the exit of Turn 5.”