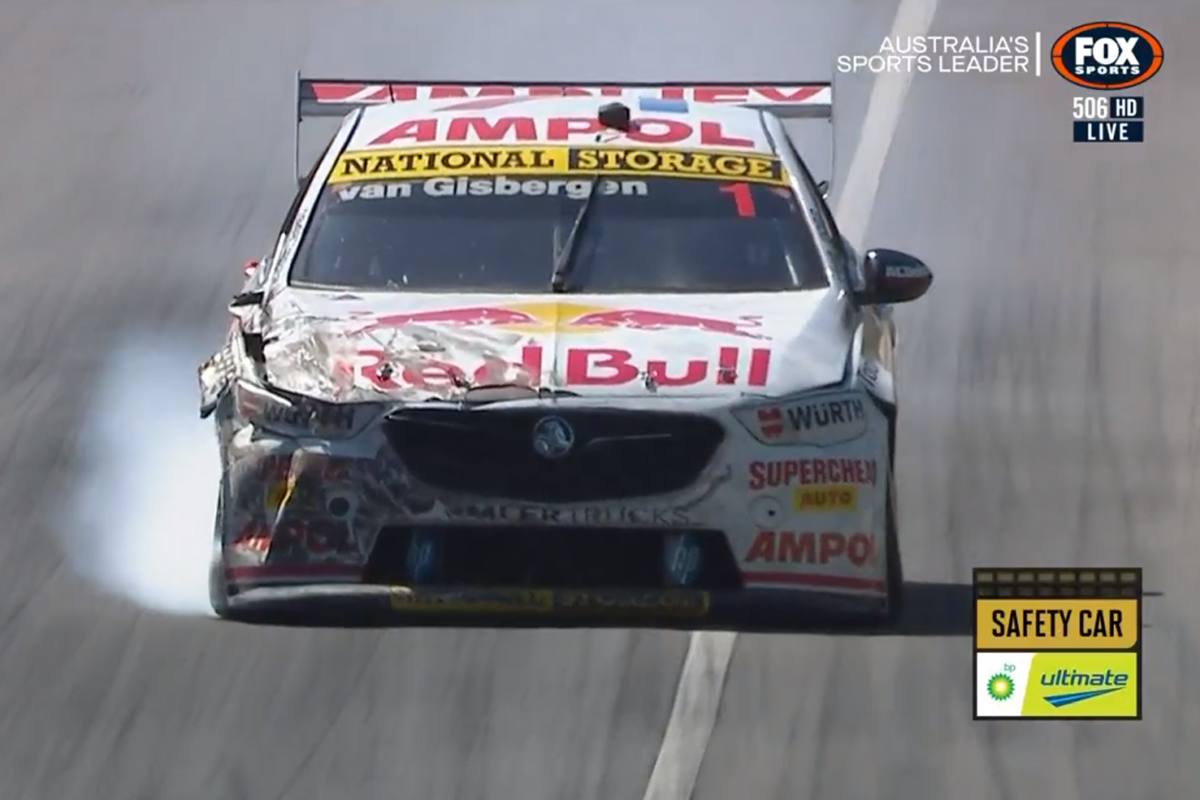 Shane van Gisbergen admits “a big reset” is needed after a shocking performance in Race 33 of the Supercars Championship at the Valo Adelaide 500.

The champion-elect started from last after an off in qualifying on the afternoon prior but had managed to make his way to seventh, yet effectively fifth, in the first Safety Car period despite battling an anti-roll bar drama.

It was then, however, that his race started to unravel.

He tried to round up Chaz Mostert on the restart lap at Turn 6, where contact with the Mobil 1 Optus ZB Commodore caused him to run wide and nudge the tyre wall.

He plummeted to 21st position but had hauled his way back to 11th before headbutting the barriers at Turn 11 on his own, bringing about the second Safety Car period.

Van Gisbergen would go on to finish 13 laps down in 20th position in a battered #1 Red Bull Ampol ZB Commodore.

“I was pushing hard all race and obviously made a few mistakes today,” he admitted.

“Right from the start of the race, the front roll bar was broken and was constantly dropping and dropping.

“The car was still handling itself okay, but I was pushing hard and things just didn’t quite work out.

“Sometimes you have to have a go, and I was really pushing hard.

“Chaz and I came together at one point and I was worse off after the collision, but it is what it is.

“Later on, I made an error and just missed the turn, hit the marbles which were pretty bad out there and unfortunately, I hit the fence.

“We need a big reset overnight, I need to do better, be calmer and make sure the car is straight so we can do a better job tomorrow.”

Team-mate Broc Feeney felt little better, despite finishing eighth from 17th on the grid, after calamities of his own.

“Today was probably one of my worst ever races,” declared the rookie.

“So much stuff went wrong throughout the race – I put it into the fence twice and ran off the track a few times but somehow, we finished eighth.

“It was the most out of control race I’ve ever been a part of. I’m not sure what it was like to watch from the grandstands, but it was full on to be a part of in the car.

“There were a lot of marbles just off the edge of the racing line, so if you were a tiny bit off-line or if you were trying to pass someone, it was so easy to spear off.

“We had way too many mistakes, and it was really tough conditions to race in but one positive is that we have pace, so I have no doubt we’ll be more competitive tomorrow.

“I think I got lucky throughout the race. A lot of drivers had incidents which we managed to stay out of, but I was really frustrated with how I drove.