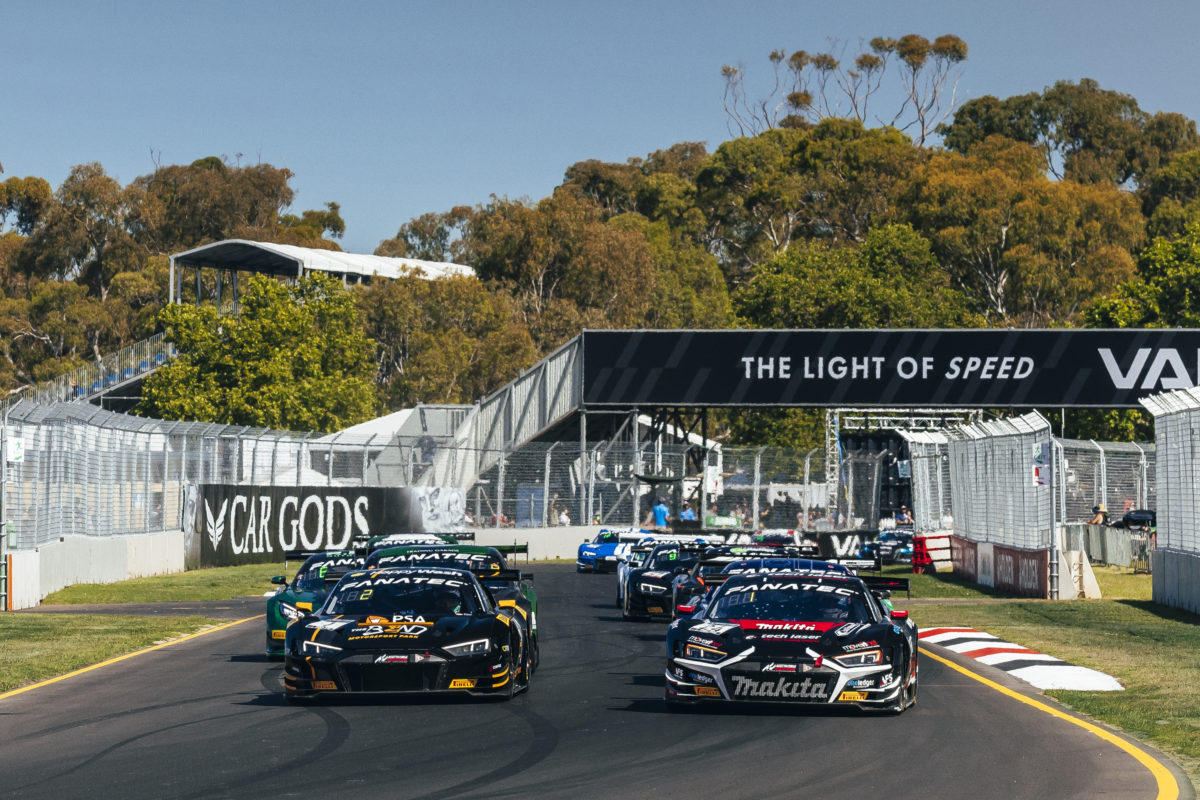 Fraser Ross/Liam Talbot are the official winners of Race 2 of Fanatec GT World Challenge Australia powered by AWS in Adelaide after a penalty against Kelvin van der Linde/Tony Bates.

Bates took the chequered flag 1.3681s up on Talbot at the head of the field after 23 laps, but the #24 Audi has now had five seconds added to its race time, per the final classification.

It is believed that the penalty relates to a Safety Car restart breach but, regardless, it is the #65 Audi which is now in first position in the race results, and the #24 Audi in second.

Third in the Pro-Am class and outright remains the #88 Mercedes-AMG of Jamie Whincup/Abu Bakar Ibrahim, which was 6.5679s behind #24 at the chequered flag, and the #1 Audi of Christopher Mies/Yasser Shahin is still classified fourth.

However, Shahin remains the champion-elect, notwithstanding the points which Talbot gains as a result of the promotion. That is because Car #88 is in fact not eligible to score championship points, given its drivers did not partake in either of the first two rounds of the season (per Article 6.4 of the competition’s Sporting Regulations).

The gap between Shahin and Talbot in the Pro-Am standings is therefore now in fact 17 points, with a maximum 17 on offer in tomorrow’s final race of the season.

Strictly speaking, Shahin is not the champion yet, although it would take an extremely unlikely set of circumstances, namely a DNF and some sort of points penalty arising from a post-race investigation, to give Talbot any chance.

Failing that, the worst-case outcome for last year’s Pro-Am champion is another such title on a countback, given he is already multiple race wins clear of his nearest rival.