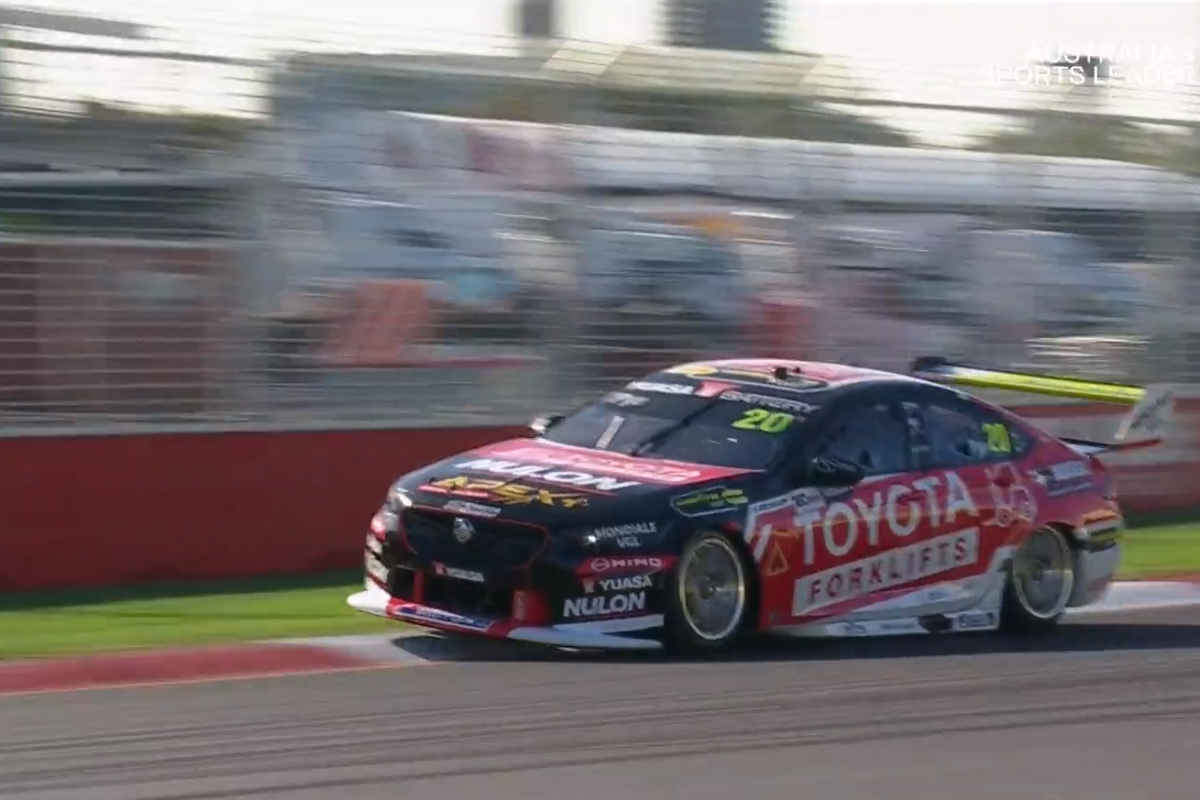 A new surface is said to be contributing to “evil” mishaps for Supercars drivers around Turn 13 of the Valo Adelaide 500 venue.

The second-last corner of the lap, an open right-hander, has seemingly become far more tricky since the field returned to the Adelaide Parklands Circuit for this year’s season finale.

A number of drivers have come unstuck there or at the hard, Turn 14 braking zone which it feeds into, the most notable victim arguably being champion-elect Shane van Gisbergen when an error consigned him to last on the grid for Race 33.

Most of the track, specifically from Turn 9 back to Turn 7, was resurfaced in the months out from this year’s event in the South Australian capital and, naturally, grip is much higher than it had been.

According to Walkinshaw Andretti United’s Chaz Mostert, the provisional pole-sitter for Race 33, that increase in grip is enticing drivers into climbing onto the inside kerb, with less than desirable consequences.

“Because the grip level is up so much and we’re going probably faster through there than what we normally have, I’ve noticed that sometimes you get a bit greedy with the kerb, and you can get a real bad double bounce out of there,” explained the Mobil 1 Optus ZB Commodore pilot when queried about Turn 13 by Speedcafe.com.

“By the time it recovers, because there is so much [more] grip than other years, you’re almost too late; by the time the car settles, you’re already in the grass.

“You can be aggressive, but by turning in too early, it seems like that for me.

“I thought I had a couple of moments there earlier in [Practice 2], so maybe that could be a thing.”

In light of Mostert’s comments, it is worth noting that van Gisbergen admitted to over-driving the #1 Red Bull Ampol ZB Commodore, and the New Zealander’s in-car camera showed him climbing the inside kerb at Turn 13 just before he locked the brake and ran off.

Shane van Gisbergen climbs over the Turn 13 kerb just before he locked up and ran off in Qualifying for Race 33. Picture: Fox Sports

Scott Pye identified Turn 9 as another trouble spot, after Thomas Randle had noted that the surface change in the braking zone made for a challenging stop, and also pointed to nervousness caused by the fresh surface as an issue for drivers.

“Even Turn 9 is tricky, because we’re all getting pretty greedy on the brakes,” remarked the Team 18 driver.

“But 13, yeah, like Chaz said, I think that double bounce is pretty evil.

“[On] The track in general, a car that generally has a lot of turn is struggling here more than one that maybe has less at other places.

“Just because the track has so much grip, you’re picking up a lot of front end and the car’s turning really well, which makes it nervous.

“Off the kerb there as well, I think some cars are struggling with a bit of braking instability, which means you carry the brake a little bit too far into the corner, and once you lock that inside front, there’s just no forgiveness in that corner.”

Pye and his Toyota Forklifts ZB Commodore are safely into today’s Top 10 Shootout, provisionally third on the grid.

However, he also passed comment on what had happened to van Gisbergen, and outlined how qualifying was a journey into the unknown.

“I just saw what happened before; it’s obviously happened to a lot of people,” added the South Australian.

“It’s just what it is, it’s a tricky place to get right, and the main thing is, you want to be there at the end.

“When you make a mistake like that, I’m sure he’d be kicking himself.

“That lap probably would have been eclipsed the next lap, so it’s like the wet; you’ve got to stay out there as the track’s evolving, [but] it’s just a tough place.

“It’s high-risk, high-reward and in qualifying, when everyone’s so fast, even the very last lap you did, you don’t know if it’s going to be good enough, because everyone is right on it and the times are so close.

“So, you’re pushing, there’s nothing left on the table, I don’t think, and that’s why on this track, we see some mistakes like that.”