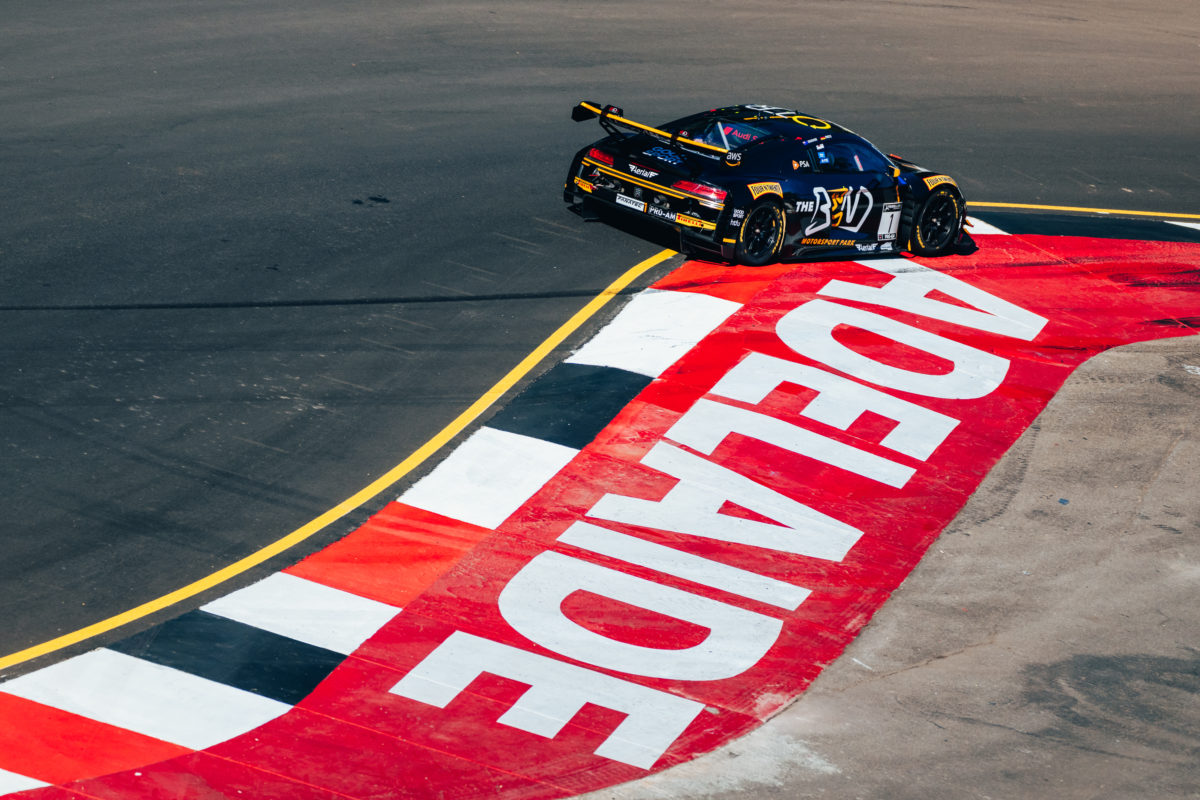 Shahin and Christopher Mies combined to finish fourth in the #1 Audi Sport Customer Racing entry, two positions behind Liam Talbot and Fraser Ross in the #65 R8 LMS Evo II in a crash-shortened penultimate encounter of 2022.

It meant that Talbot closed to 17 points behind at the top of the Pro-Am points standings, which matches the number of points on offer for a win in each of this weekend’s three, 40-minute races.

However, Shahin has four race wins so far this year to Talbot’s one and hence can do no worse than take out the title on a countback.

Race 2 finished a lap shy, with officials opting to throw the chequered flag in the 40th minute given a Safety Car would have been necessary anyway due to a nasty-looking incident at Turn 13.

Sergio Pires ended up buried in the tyre barrier on drivers’ left in the Trophy class #55 Audi while Gary Higgon had come to a stop facing the wall on the inside of the corner with front-end damage to the #2 Audi, meaning crashes bookended the race.

When it had got underway, van der Linde (#24 Audi) led Mies (#1 Audi) and Jamie Whincup (#88 Mercedes-AMG), although they had only about half a lap of green flag racing before a Safety Car period was called.

Matthew Belford came to a halt after his #14 Bentley, which had been belching smoke as it sat on the starting grid, spun into the wall on drivers’ right at the exit of Senna Chicane.

Replays were inconclusive as to exactly how the incident unfolded, but it is worth noting that Matt Stoupas climbed over the Turn 3 kerb while running alongside Belford, and the #23 Audi also went around in the incident.

The race restarted on Lap 5 and van der Linde needed less than two laps to stretch his lead over Mies beyond a full second and was two seconds up on Lap 11.

It was then that Mies attempted to serve his mandatory pit stop (MPS), only to squirm back across the red paint and onto the race track proper for one more lap before handing over the #1 Audi to Yasser Shahin.

Van der Linde, Whincup from an official second place, and Ross at another position further back, pitted on Lap 13, bringing an end to the cycle.

The #24 Audi continued to hold the lead with Bates behind the wheel, enjoying a margin of more than six seconds over Abu Bakar Ibrahim in the #88 Mercedes-AMG, while Talbot ran third.

Yasser Shahin had assumed fourth position, thanks in part to the extra MPS time accruing from their Race 1 win but mainly due to a 10-second hold as punishment for Mies’ pit entry mishap.

Still, he was set to wrap up the championship, with an as-live margin of 19 points over Talbot.

The latter started his stint several seconds behind Ibrahim but was making light work of catching Car #88.

He got right up behind the Mercedes-AMG GT3 just as they were trying to thread their way through traffic on Lap 21, then made the move into Senna Chicane on Lap 22.

By then, Bates was 12 seconds up the road with less than four minutes to go in the race, even before the Pires-Higgon incident, the cause of which is as yet unknown.

That locked the #24 Audi entry into victory, from the #65 Audi and Whincup/Ibrahim in #88, then Mies/Yasser Shahin and Am class winner Ross Poulakis (#101 Mercedes-AMG).