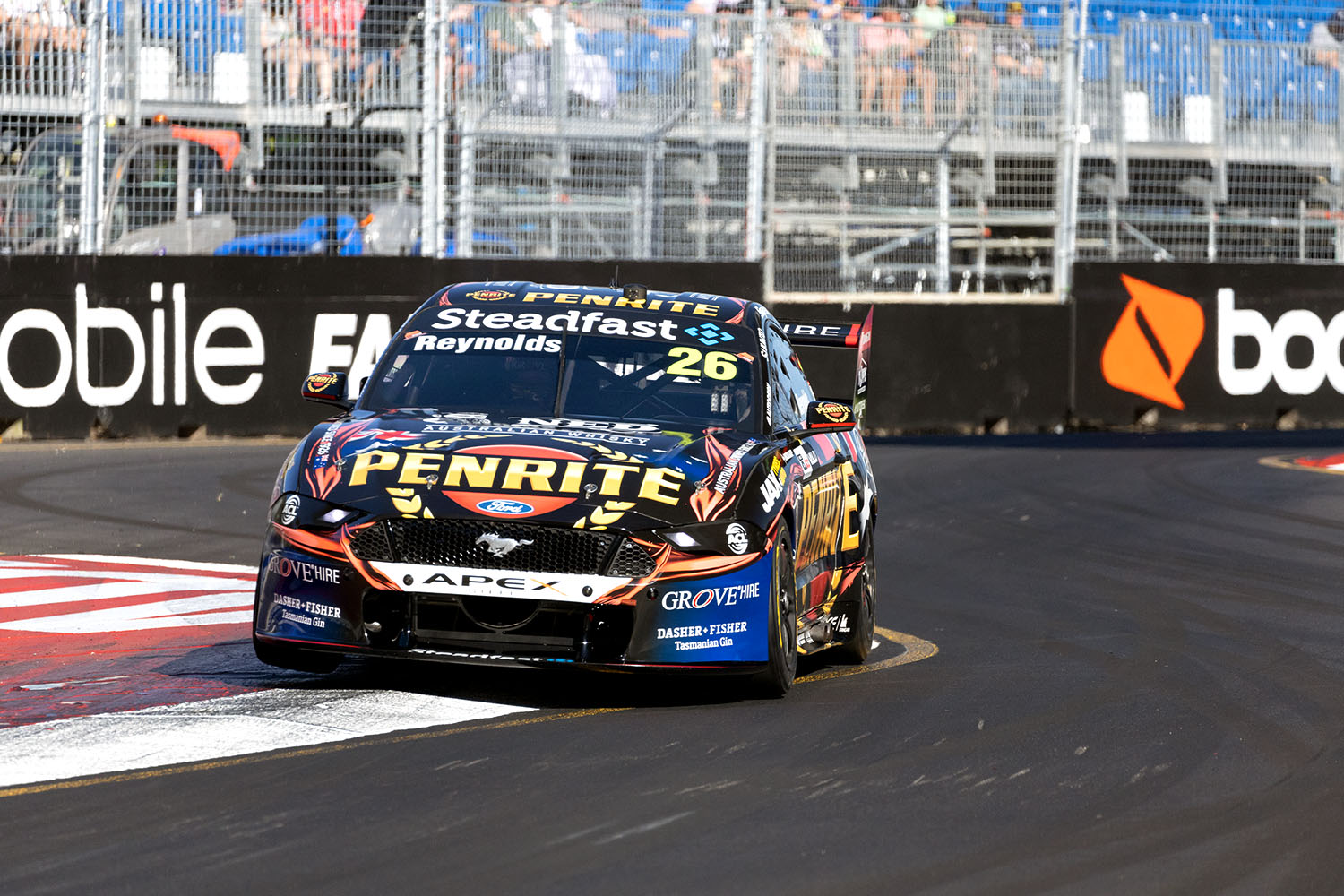 David Reynolds has been excluded from Saturday’s Top 10 Shootout at the Valo Adelaide 500 and is expected to start this afternoon’s 250km race from ninth on the grid.

The Penrite Racing driver posted the third-fastest time in the Shootout, which saw Tickford Racing’s Cam Waters score pole, before he was disqualified post-session.

According to Supercars, “David Reynolds’ Penrite Mustang was investigated post-Shootout for its rear wing position,” described in its session report as a ‘technical breach’ for Car #26.

“It was just a technical issue that we didn’t get quite right on the car,” team owner Stephen Grove told Speedcafe.com. “It’s just an oversight, it’s now been rectified, we accept that there was an oversight; we accept the disqualification and move on.”

The issue has forced a re-think of this afternoon’s race strategy for Reynolds.

“Here, very hard to pass here – second row would have been fantastic, there would have been an ability to do that, we’ve also got to think about early, you know, if we’ve got to double stack now,” said Groves. “We just have to try and work a better strategy and how we can get him [Reynolds] into some clean air and get him going.”

Reynolds demotion is softened somewhat by Thomas Randle not making the Shootout after a crash in Practice 3 saw him miss his slot in the single-lap bout, meaning the #55 Tickford Ford Mustang will start from 10th.