Mostert on SVG incident: ‘sucks for him’

Mostert on SVG incident: ‘sucks for him’ 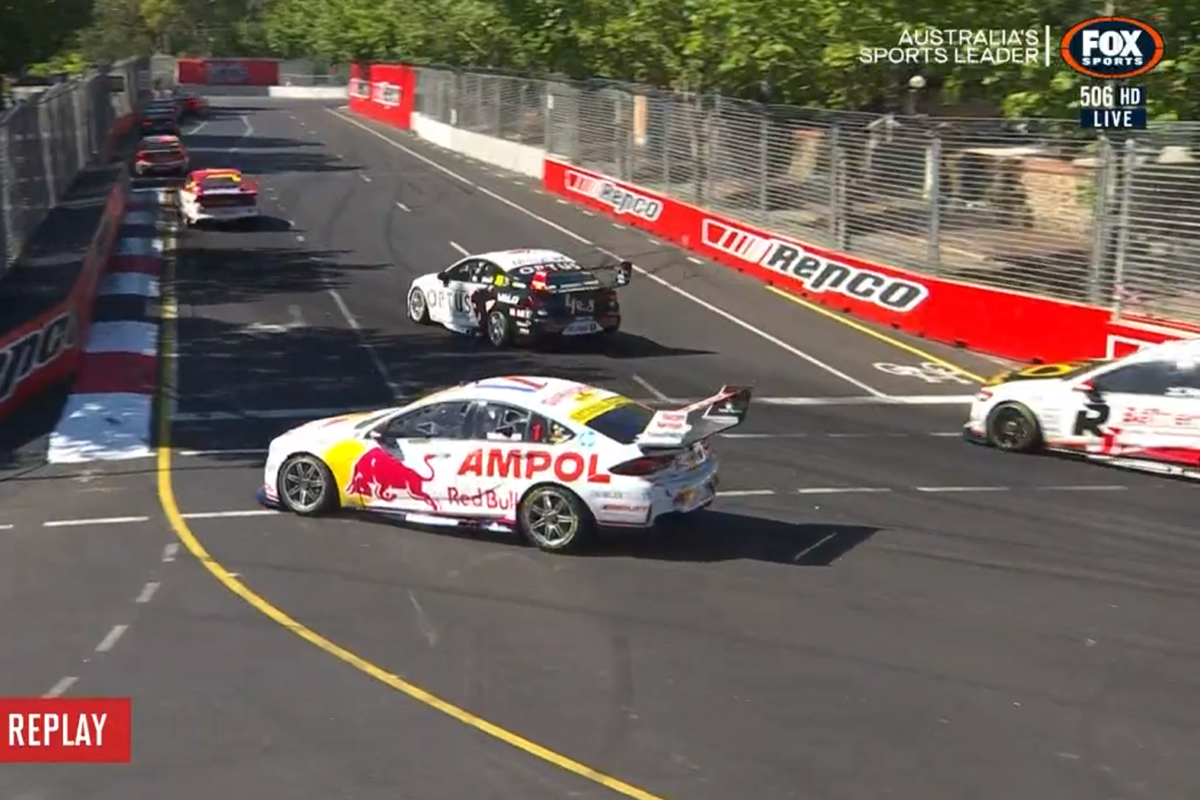 Chaz Mostert has given his account of his run-in with Shane van Gisbergen on his way to victory in Race 33 of the Supercars Championship at the Valo Adelaide 500.

Mostert sat sixth for the first restart of the race, on Lap 41, with the #1 Triple Eight Race Engineering entry right behind him, and the champion-elect was on the attack.

Van Gisbergen got a run on the #25 Mobil 1 Optus ZB Commodore as they exited Turn 5 and opted to go for the outside line at the following 90-degree right-hander, where contact ensued.

Car #1 ended up wide and nosed into the barrier, causing the New Zealander to drop all the way back to 21st position, while Mostert pressed on and would inherit a race-winning lead 10-and-a-half laps later.

The Walkinshaw Andretti United pilot said he simply did what van Gisbergen would have done to him.

“I was wobbling around – it was really hard after the Safety Car to clean the tyres up for whatever stuff was getting on them – so I was pretty vulnerable, the first lap,” recounted Mostert.

“Shane was all over me, and I just made sure I kept saying to the inside, when he was trying to drive up around the outside of me.

“So, Turn 6 was especially bad there, and he did have a run from 5 up to 6 to get decent overlap in front of me, but I was going to make sure I could make him stay as wide as possible, because that’s what he would do to me.

“Once I saw him go off, I was like, ‘That sucks for him,’ but that’s what was happening, that’s what you needed to do is get on that clean line.

“Even though I was wobbling around, and he probably would have got me if I kept wobbling around and didn’t clean the tyres up, that was the outcome of the race.”

The Deputy Race Director and Driving Standards Advisor Craig Baird looked into the clash, but no further action was taken.

The stewards report referred to it as “An Incident involving contact between Car 1, Shane van Gisbergen, and Car 25, Chaz Mostert, at Turn 6 on Lap 41 following which Car 1 collided with the tyre barrier at the exit of Turn 6.

“Broadcast footage revealed that Car 25 which was on the inside of Car 1 at Turn 6 was alongside Car 1.

“The front wheels of Cars 1 and 25 interlocked as they both turned in for the Turn spearing Car 1 off the racing line.

“No Driver was wholly or predominantly to blame and the matter was not referred to the Stewards.”

That was neither the start nor end of van Gisbergen’s troubles.

He had performed admirably in dragging a Red Bull Ampol ZB Commodore with a malfunctioning anti-roll bar from last on the grid to an effective fifth position at the time of the incident.

However, any hopes of salvaging something meaningful from the race were dashed when ‘SVG’ made his own mistake and clouted the barriers at Turn 11 on Lap 49.

He would make the finish after some running repairs, albeit 13 laps down in 20th position, while Mostert spearheaded an emotional one-two for WAU as it farewells the marque it represented for so long as its factory squad with an early-1990s Holden Racing Team livery.