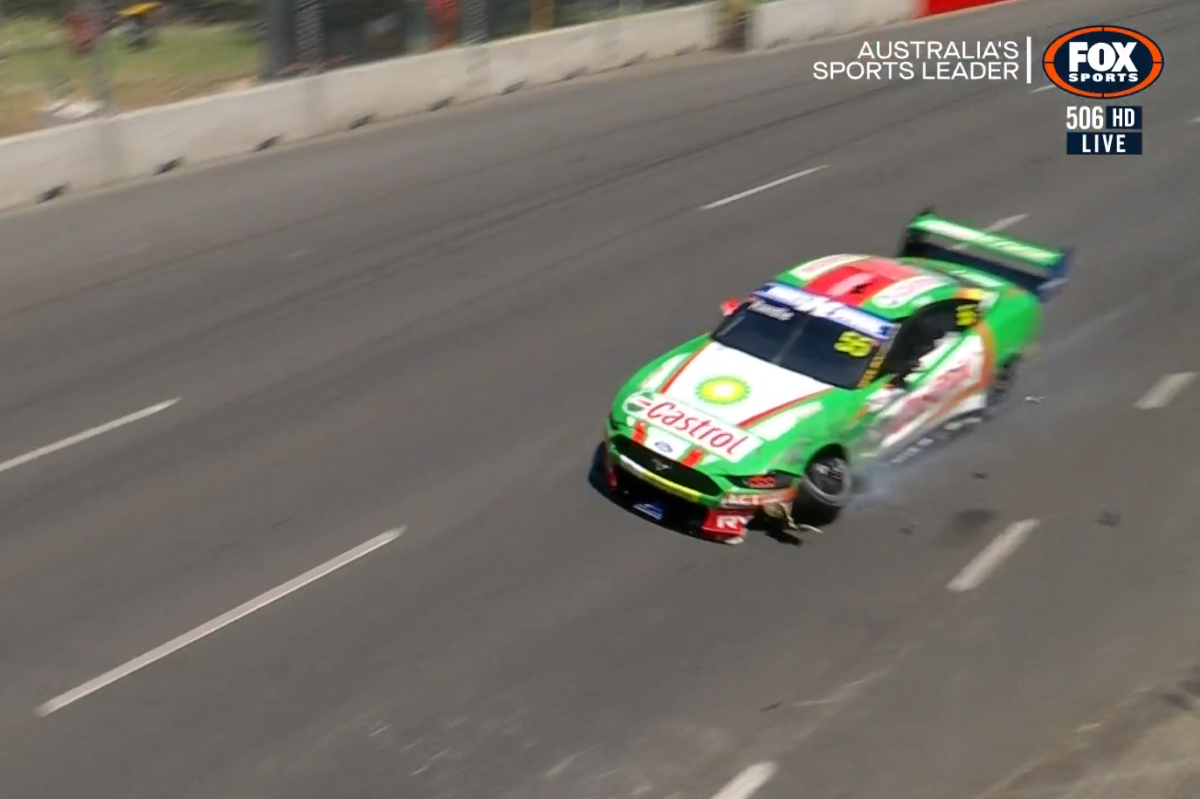 Chaz Mostert has set the pace in Practice 3 for the Valo Adelaide 500, a session which ended early due to a sizeable crash for Thomas Randle at Turn 8.

The #55 Castrol Mustang made heavy contact with the wall at the fast sweeper in the final minute of the half-hour session, which ended just over an hour before the Tickford Racing driver is due to take part in the Top 10 Shootout for Race 33.

Whether the car will be ready even for the race itself remains to be seen, although Randle was at least able to exit the battered Ford under his own power.

Moments earlier, provisional pole-sitter Mostert had clocked a 1:18.8571s to reclaim top spot in the #25 Mobil 1 Optus ZB Commodore, although Anton De Pasquale was fastest in each of the first two sectors in the #11 Shell V-Power Mustang when the red flag came out. 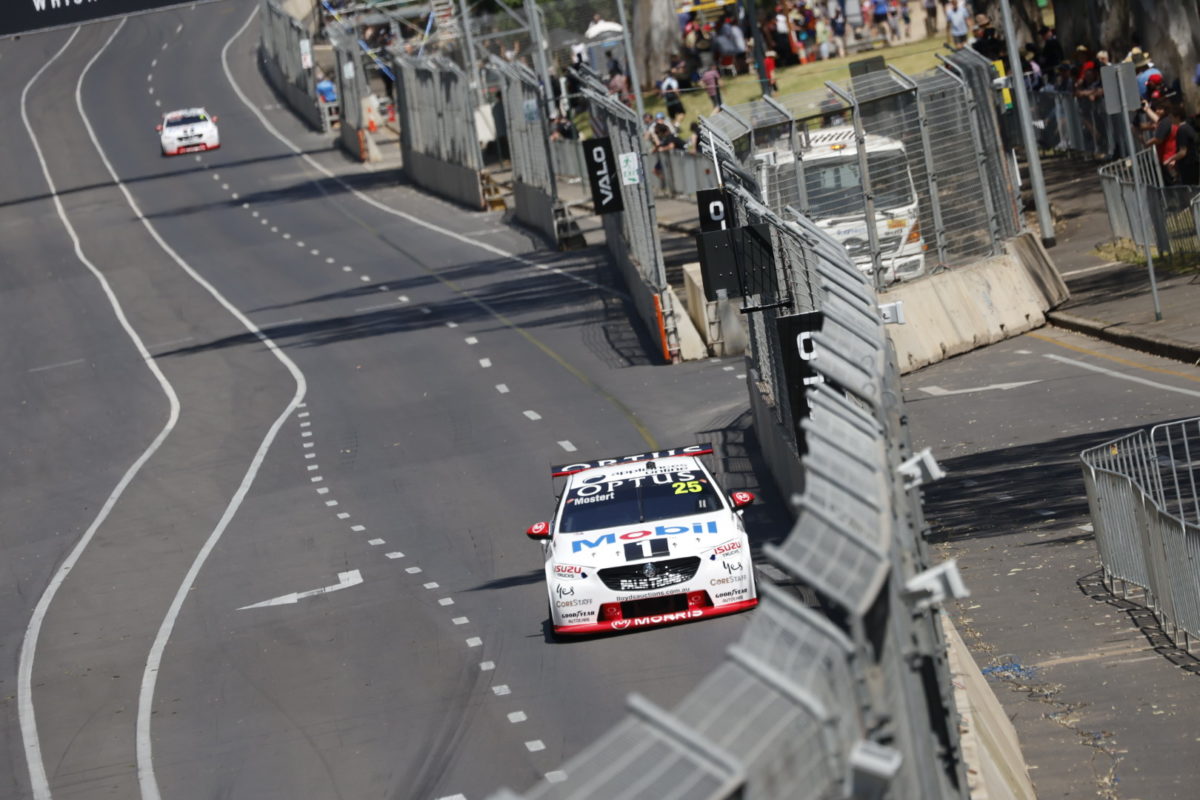 Mostert reportedly took new shocks on all four corners of the #25 Walkinshaw Andretti United entry for his second run and jumped to the top with a 1:19.1550s after using almost all of the room available exiting the Turn 8 sweeper.

Van Gisbergen reclaimed the ascendancy with a 1:19.1359s on his third run before he was usurped by Courtney’s 1:19.0241s with six minutes to go.

With most back in the pits preparing for their final runs, Heimgartner moved the marker ever so slightly by wheeling the #8 R&J Batteries ZB Commodore to a 1:19.0200s.

Triple Eight Race Engineering reportedly changed springs and fitted new tyres to the van Gisbergen-mobile but then the champion-elect never went out for one last run in the final minutes of proceedings.

Mostert moved up from fourth position to first with the aforementioned 1:18.8571s and De Pasquale was on a hot lap just as Randle crunched the concrete.

That left Car #11 in just 15th on the timesheet, but looking good for when De Pasquale is second-last out for the one-lap dash, while team-mate Will Davison (#17 Mustang) ended up 18th in Practice 3 after qualifying 15th on the afternoon prior.

That, however, may have been a case of the #17 crew focusing on race pace, as De Pasquale did with a relatively long first run in the session.